The Natural Park Dunas de Corrubedo – Immerse yourself in its unique flora and fauna.

The Corrubedo Dunes Natural Park is located in the municipality of Santa Uxía de Ribeira, in the province of A Coruña, in the western section of the Barbanza peninsula, which separates the estuary of Muros and Noia to the north with the Arousa estuary to the south. If you visit this area, it is essential to visit and get to know the large mobile dune, as well as the to know more about its flora and fauna. In this article we propose you to immerse yourself in all the richness offered by this Natural Park.. 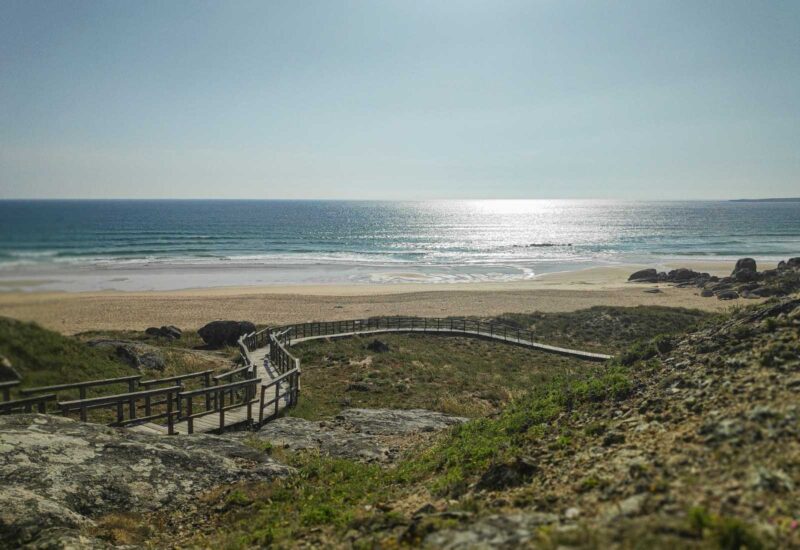 Officially known as Corrubedo dune complex and lagoons of Carregal and VixánThis is an area of almost 1,000 hectares formed by the large mobile dune and the aforementioned lagoons, all of which are closed off by the Corrubedo beachwhich in turn is formed by the sandy areas of A Ladeira and O Vilar.

Of the six Galician natural parks, it is the fifth in extension and was the second to be declared as such.. It is a protected area since 1992, when it was declared a Natural Park. A year later, in 1993, it was declared a RAMSAR area. In the following decade it continues to obtain more declarations of protection: LIC in 2001 and ZEPA and ZEPVN in 2003. As if that were not enough, this space is also proposed to form part of the Natura 2000 Network integrated with the island of Sálvora and nearby maritime areas, which would extend its extension.

How to visit it?

Before visiting it, we must remember that it is a rich ecosystem that must be protected by all of us.See here
here
the rules to respect during your visit. The area can be visited without prior reservation or authorization and free of charge, although it is forbidden to walk on the moving dune. However, you can enjoy its beaches and nearby viewpoints such as the viewpoint A Pedra da Rá, the viewpoint Castro da Cidá and even the viewpoint of the Great Dune itself. 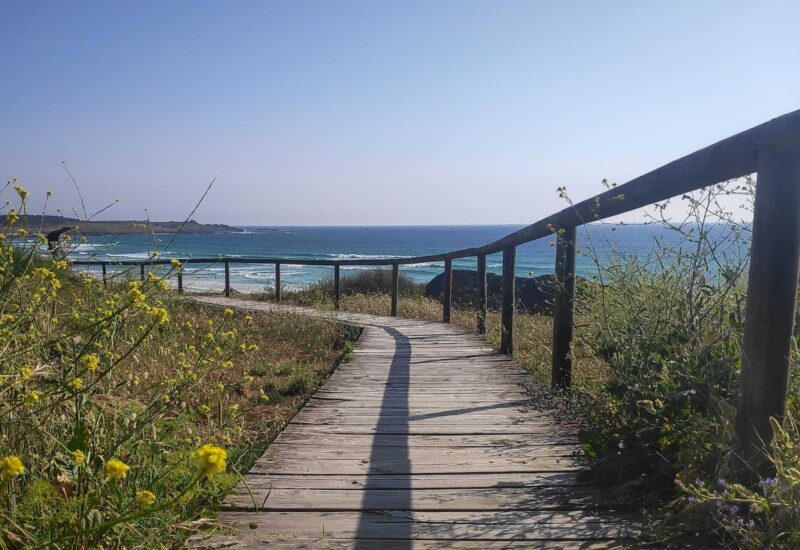 The park itself has two entrances: that of O Vilar and that of Olveira, being the first one the one that counts with the Visitor Reception Centre Casa da Costa and the Interpretation Centre of the Galician Coastal Ecosystem (CIELGA).. Official statistics tell us that the Natural Park Dunas de Corrubedo is one of the most visited places in Galicia, with about 300.000 people a year..

To get to the natural park you can do it by road, either from Noia or from Padrón, passing through Ribeira. It has a parking area and restaurant services around it. There is a lifeguard service for the beaches, although they do not have a blue flag.

The large mobile dune is the main protagonist, since with its 1,000 meters long, 250 meters wide and about 15 meters high, is the largest mobile dune in the northwest of the peninsula.and its presence kissing the Atlantic Ocean is imposing. The geological complex was formed between 12,000 and 15,000 years ago, in the Quaternary era. There are also other dune systems made up of fixed and semi-fixed dunes, which face inland towards the Barbanza peninsula. 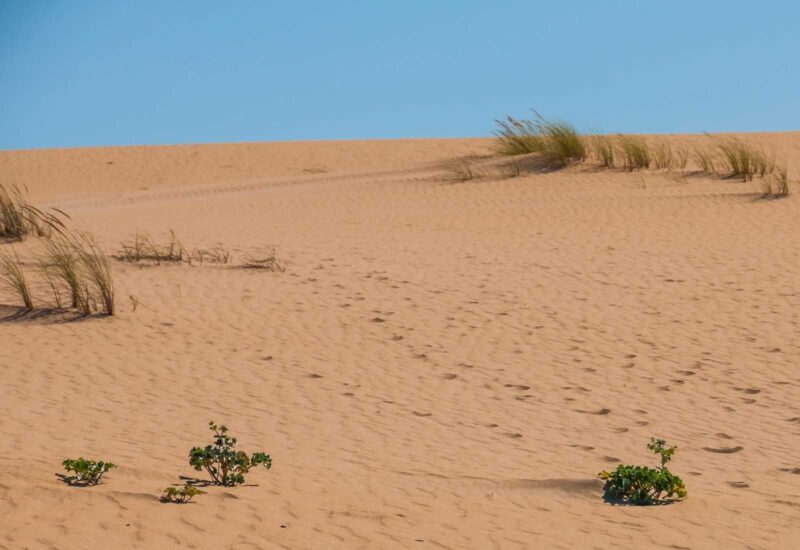 Its two lagoons are essential to understand the whole, with the particularity that one, Carregal, is saltwater, and the other, Vixán, is freshwater. The existence of these wetlands generates rich ecosystems with a diversity of plants and animals..

In short, more than 250 types of species typical of wetlands, marshes and sandbanks.

In relation to the fauna, if your passion is ornithology, in the area you will find many migratory birds nesting and breeding.. You will find explanatory panels and birdwatching huts, such as the one at the Vixán lagoon. Among the many specimens we can mention the golden plover, the common curlew, the trilling curlew, the tridactyl and common sandpiper, the light redshank, etc. Between September and April is the best time to see these birds. In summer the number of species decreases, leaving the sedentary ones: coot, mallard, little grebe and redfish. Herons, swans, cormorants and many more complete the list of birds that can be found here.

There are also amphibians and reptiles, such as the spadefoot toad, the ocellated lizard or the collared snake, as well as mammals such as the otter, the badger, the fox, the squirrel, the hedgehog or the wild boar. In the aquatic environment we can find a great variety of fish, cetaceans, molluscs and crustaceans.

In addition to the visit to the park, the panoramic view from its viewpoints and bathing in its beaches, in the area you can also extend your experience in the visit. For example, you can choose from several easy hiking trails that run through the area, bird watching, water sports such as paddleboarding or enjoy leisurely boat rides. Consult
here
all the leisure activities that this unique space has to offer.