Let’s put the cart before the horse. How to do the Camino de Santiago backwards?

The most common way to do the Camino de Santiago nowadays is, obviously, in the direction of Santiago de Compostela. Depending on the route you choose, the direction will be West, North or South. However, if you have done the Camino you might have seen pilgrims in the opposite direction to yours, i.e., that they come from Santiago de Compostela and make the way backwards; and if you are one of those who have not done it yet, we tell you both that it is something common, you can find it on your way, and even has its historical justification.

Originally, the pilgrimage involved not only an outward journey, but also a return journey.

Many pilgrims did not make it back to their homes or did not even reach Santiago de Compostela, because they died during the journey or decided to settle in a new home, the goal was to go to Santiago and back. That’s the story, but in this article we are going to see why today some pilgrims do the Camino de Santiago backwards, 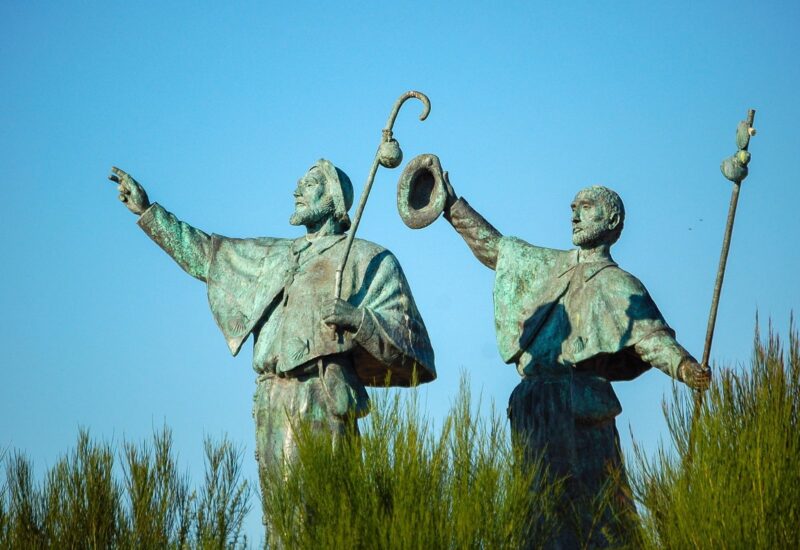 Why do the Camino backwards?

Currently the main motivations for making the round trip can be several. If, for example, you live in Galicia, it would not be crazy to consider a pilgrimage to and from home.

This is the case of pilgrims who live in a town through which one of the main routes passes and which is 100 kilometres away from Santiago de Compostela on foot, such as Ferrol and the English Way, Villalba and the North Road, Lugo and the Primitive Way, Sarria through the French Way, Ourense with the Sanabrian Way or the Via de la Plata y Tui and the Portuguese Way. 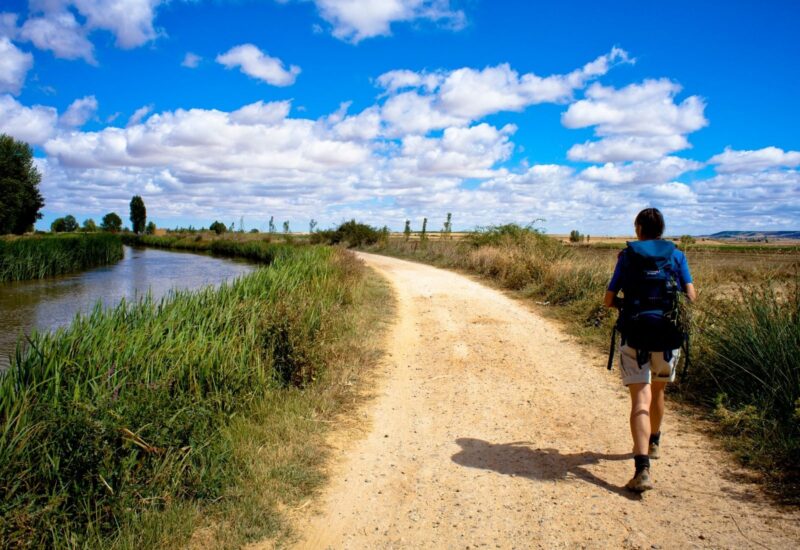 The Galicians, then, have it very easy, if their motive for walking backwards is to go and return home. If that’s not the case, you might be attracted by the adventure of going back home the way you came, the old-fashioned way. Many national and foreign pilgrims decide to live a new experience and start walking back home.

As in any pilgrimage, you will meet many people (you will not meet again the pilgrims of the previous day, because they go in the opposite direction), you will see beautiful landscapes already known but from a new angle, and perhaps you will meet again the hospitaleros and the local population that you saw on your outward journey.

Which Way to go?

In principle, you can go any way and any section backwards. We have seen many pilgrims “in reverse” in the Road to Finisterre and Muxía because once we have obtained the Finisterrana and the Muxiana they want more and decide to get the Compostela back to Santiago de Compostela. You will not have signage in your direction, but in the opposite direction, so that you’ll have to watch out for crossings. Another way is to follow the route that the pilgrims take in the opposite direction.

You can also find many hikers back in the French Camino de Santiago The French Camino de Santiago, and it will be the best option, as it is the route with the most alternatives for accommodation and services. In this case you can do the same, follow the signs carefully, as well as the route followed by the pilgrims in the opposite direction to yours, which will be easy as it is a very busy road.

Another example is the Portuguese Camino de Santiago the other way around, equally well equipped with accommodation and services. In addition, its steps coincide with the road to the Sanctuary of Fatima, which many pilgrims make from Santiago de Compostela and has blue arrows painted in the opposite direction to the classic yellow arrows of the Camino de Santiago on the Portuguese route. This path is called North Road to Fatima although there are many more. 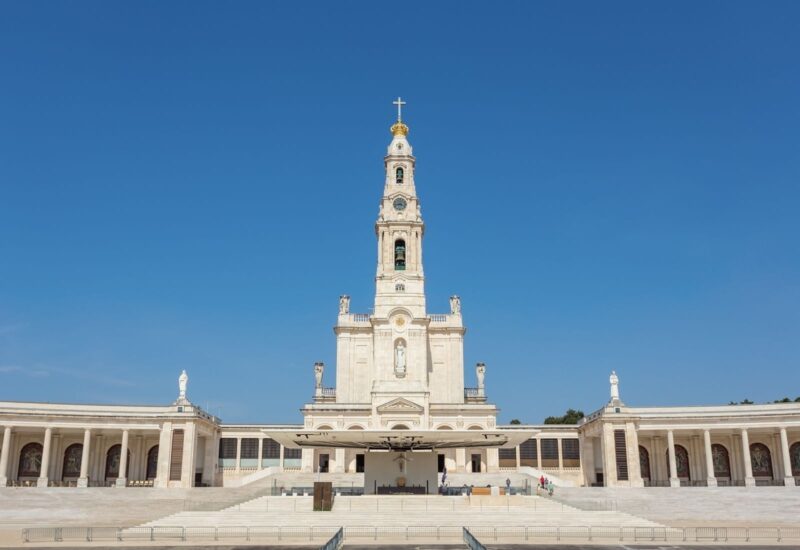 Another option that you can consider is to do the Camino de Santiago in reverse and in bicycle by any of the existing routes. You can do any section or even go back home, the adventure will take you less days but it will be just as exciting and different. Everything that involves the pilgrim on foot will also affect you if you are on two wheels.

As we pointed out above, you can do any Camino de Santiago backwards, but you must always bear in mind that the signposting will also be backwards. Following in the footsteps of pilgrims, consulting the local population or having GPS tracks can be of great help.

As foraccommodation, you won’t have any problem, because the people in charge don’t care how you are doing the Camino, and they will be delighted to give you shelter, as pilgrim hospitality dictates.

Regarding the transport of luggage, if you need this service, generally the different companies do it in the direction of Compostela, so we recommend you to ask beforehand if they can provide this service in the opposite direction. Remember that we can help you organize everything.

We have noted cases, on the road, of very devout pilgrims who devote themselves to pilgrimage without ceasing to different holy places and in different directions: in addition to Santiago de Compostela and Fatima, to Rome its