The Holy Year 21-22 continues to surprise us, and this time our palate will taste the Jacobean glory. As it has been usual since 2006, the Vigo company Pereira Productos del Mar recently presented its recipe book “Cocina de bordo”, which is already in its 16th edition and which proposes very special recipes with the protagonism of seafood products. Thus, for this exceptional Holy Year 2022, we are presented with twelve recipes for the twelve holy months ahead of us.

Gastronomy on the Camino de Santiago: 12 recipes with fish and seafood

This is the title of the recipe booklet presented, an initiative of the Pereira company that, inspired by the Camino de Santiago, pays tribute to the Holy Year 21-22. With the historical advice of the journalist and popularizer of the Way of St. James Cristóbal Ramírez, three great Galician chefs get down to work in the kitchen: Michelin Star from 2020 Iñaki Bretal, from the restaurant “O Eirado da Leña” (Pontevedra); María Varela, Food of Spain Award for Catering 2013 and Chef of the Year 2015, from the restaurant A Parada das Bestas (Pidre, Palas de Rei); and. Daniel López, with a Sun in the Repsol Guide and highlighted in the Big Gourmand guide, from the restaurant O Camiño do Inglés (Ferrol). As we can see, they are good ambassadors of the cuisine and the Way of St. James, since they are present in the three most important routes, namely and respectively, on the Portuguese Way of Saint James the French Way of Saint James and on the English Way of St. James. Let’s take a look at their proposals. 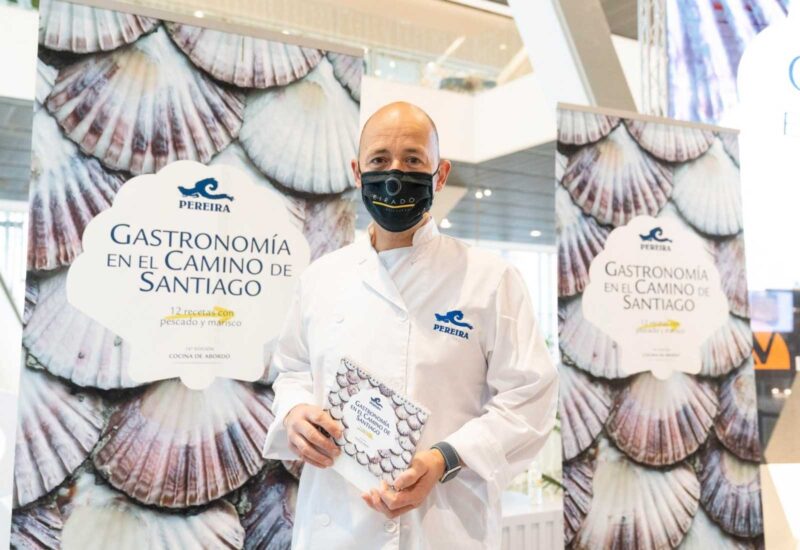 What did the pilgrims eat?

As Cristóbal Ramírez states, “the pilgrims ate whatever they could”, and it was basically a local product, since food and ingredients from other latitudes were only available to the nobility and the clergy. After the discovery of the Tomb of the Apostle and the subsequent pilgrimage to Santiago de Compostela, with an explosion of pilgrims in the 12th century, the products originating in America were not yet known.The pepper, a true symbol of high social status and an enormous consideration for the guest, or basil, introduced with the Muslim occupation and whose name clearly denotes its origin, were very rare and, as we were saying, only available to the wealthy classes. On the other hand, all meat derived from the hunting of wild boar, deer and others, was only savored by royalty, nobility and clergy, as these wild species inhabit forests, which were the exclusive patrimony of these classes.

So what did the pilgrims eat? As Ramírez states, the pilgrims basically fed on products of the land and the sea. While hunting was only an activity reserved for the upper classes, fishing was free, and therefore, was the order of the day as a staple food. But the main food was undoubtedly bread, a food that abounded and was, unlike today, the main dish. If there was anything else, such as legumes, fat, some meat or dried fish, among others, it was secondary. 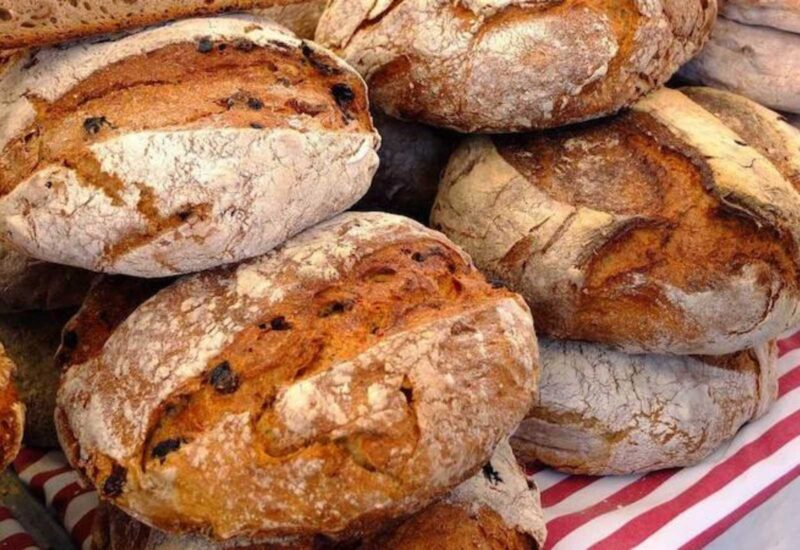 During the journey, the pilgrim carried bread and cheese, foods that, although hardened, kept very well over time. Some fruit or vegetables could be carried, but they spoiled quickly. Of course, upon arrival at the hospital, or our contemporary albergue, the pilgrim ate for free, as it was the obligation of the hospitalero to take care of him for his blessed intention.

Pilgrims, at the table

In the hospitals, the pilgrim could finally put some fresh produce in his mouth, and that is where fish and other seafood came in. Squid, cuttlefish and cuttlefish abounded in the Galician estuaries, although there is not much reference to them due to the difficulty in differentiating them by foreigners. Hake and cod were highly prized, although it was necessary to go out to the open sea to obtain them, and therefore they were more common on the tables of the upper classes. Octopus was very common, even as it is eaten today, with oil and bread, although paprika is not mentioned in the documentation. Also the conger eel, since it was not very expensive and satisfied the stomachs of the pilgrims. Lobster and salmon were, curiously, also very recurrent, and finally, the scallop, symbol of the pilgrim, was known and eaten cooked and salted. 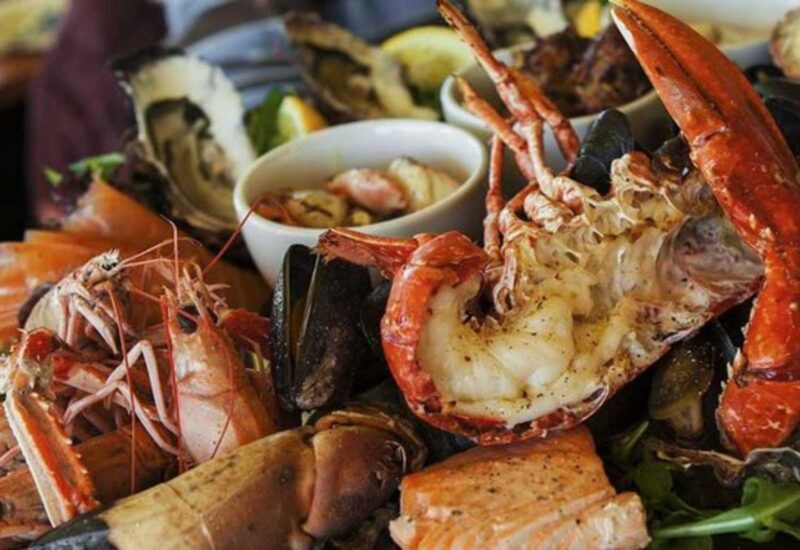 The mode of preparation was cooking or salting, although the preferred method was a good fire to cook the delicacies of the sea. As contours, garden products and chestnuts, many chestnuts, very important in Galicia until the appearance of the potato.

Hands in the dough

With this recipe you will have every month a recipe inspired by the pilgrim gastronomic tradition, with the protagonism of fish and seafood. Let’s take a look at each recipe.

We will spend a winter among fish and bivalves. For January, hake with torreznos and egg, in a mixture of sea and farm. Very simple to prepare, you only need to cook eggs, fry the torreznos and cook the hake. In February, our beloved Jacobean scallop appears and, accompanied by roasted, boiled or grilled leeks, we grill or broil it on both sides and keep its shell for our next journey. Finally, March surprises us with a cod casserole with chickpeas, where we will have to be careful in its preparation, a little more complicated, which will result in a cod tartar on a bed of hummus and a base of crispy skin of the fish itself.

In spring, cephalopods will bloom, which will be our protagonists. In April we start with grilled baby squid on butter, where the presence of the vegetable garden will not be missing with the cooked cauliflower accompanied by the crunchy hazelnut. In May we are greeted by octopus, a great companion on the road, mounted on Santiago mollete bread, a very basic but high quality food in Galicia and that every pilgrim takes with him; in addition, we have three alternatives to make this recipe. In June we will savor the choco with lemon and fennel, with a freshness that announces the arrival of hot days and a long way to go; again, a complex preparation but with a result that will surprise your loved ones. 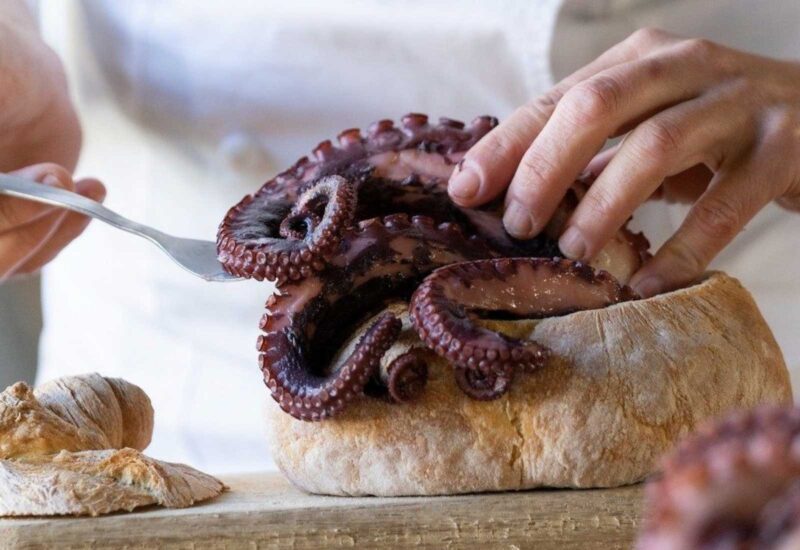 We like to spend the summer by the sea and have a good swim in the Galician estuaries. July comes hot and Jacobean, and how could it be otherwise, in the month of the Apostle we will eat again a scallop with a little spicy, topped with an onion compote and pine nuts. In August we return to the choco, this time cut into noodles and accompanied by garlic and bacon. Galician hake is very good and September proposes it with very Galician ingredients, chard and chestnuts.

We end the year with autumn and the harvests, which will offer us many ingredients. October insists on octopus, a must at any good pilgrim’s table, presented on a bed of bean puree, as the cold weather is coming. In November we will try cod again, this time with two essential ingredients in every Galician table, turnip greens and clams. Finally, in December, the protagonist will be the baby squid with white beans, in a spoon dish that the pilgrim likes so much and that helps to recover after a hard stage. 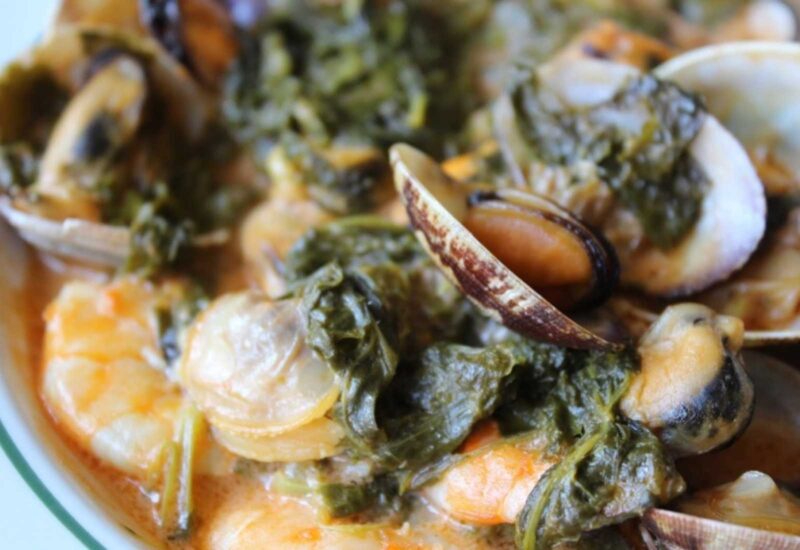 As you can see, in this Holy Year we have very good proposals to celebrate and surprise your diners and pilgrim friends with these exquisite and innovative twelve Jacobean-inspired recipes that will taste great. You can consult them on Pereira’s official website, as well as the previous editions of this cookbook, and if you are going to do the Camino de Santiago, don’t forget to take a portion with you in a tupperware.