This is a difficult question to answer. Although, as impossible as it may seem, we can come close to giving an answer that satisfies everyone’s needs. The Pilgrim’s Way to Santiago is an unforgettable experience that should last at least a long time, in order to express to the maximum the sensations that come from its realization.

However, we know that this is not usually possible many times, as we have a working life to return to or a university life. For this reason, it is often necessary to juggle in order to be able to live the experience without renouncing what this pilgrim route offers us.

In addition, it should be noted that the experience of the Camino is not lived by everyone equally, as being such long routes to each awakens a s

The types of pilgrims on the Camino de Santiago

As we told you, we are not facing a short road, but a long road in which the routes are very different. However, not only are the routes different, but there are also different types of people who do it. Each person lives the route in a different way, so it is advisable to make an analysis of the types that we can find on the way:

-The pilgrim photographer: he always goes camera in hand and tries not to miss the detail of the path. Normally, he is not a hiker, but he loves the beauty of the route and, above all, its magnificent landscapes. A problem with traveling with the pilgrim photographer is that you either achuchas him or you can last a stage 5 days, since, fortunately, every meter of the Way is photographable given its natural beauty. 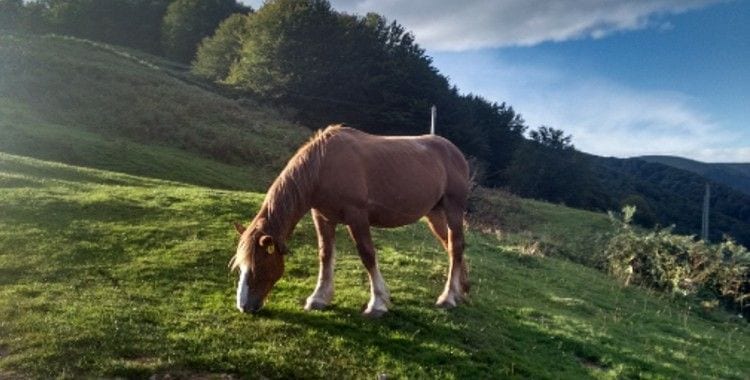 -The expert pilgrim: he has already made the journey on more than one occasion and is known as the palm of his hand. The nice thing about traveling with this type of pilgrim is not the security that it gives you to travel with someone experienced, but to see how after several times the tour still finds new things that thrill you. The Way of St. James is very diverse and will always have surprises in store for us. There will always be a new landscape to discover.

-The Spartan pilgrim: this type of person (thus known for his participation in the famous Spartan Race) is more important to make the route fast or stage than to enjoy it. You have to bear in mind that the road can be a real physical challenge that can be a good adventure for this type of people. Try to keep up with him, otherwise you won’t see him again until you get to Santiago.

-The novice pilgrim: he is a mixture of all of the above and our favorite. He tries to photograph everything, he wants to run the stage and he thinks he knows everything even though he was never there. If you are of this type we recommend that you see our guide of what to take to the Camino de Santiago.

Now that we’ve got a little smile on your face, let’s answer the question that gives the title to this article How long does it take? How do you calculate the duration of a stage? And many more!

How to calculate the duration of a stage?

First of all, it should be noted that the various routes of the route no longer conform perfectly to the original layout. This can be for two reasons: firstly, that everyone wanted to join the pilgrimage route, since it has important tourist effects. Secondly, we are not prepared to endure the very hard stages that the ancient pilgrims had to endure. For this reason, some routes have been modified to make them more accessible. A reliable way is useless if we don’t get anyone to finish it. The path is partly a challenge, but it is also the representation of other values such as accessibility, scenic beauty and family fun.

Therefore, when calculating a stage, the first thing you have to know is the stage itself. In our blog, you can find the most important stages analyzed in great detail so that you don’t get lost or find yourself at 8 o’clock in the evening having covered only half of it.

For this reason, you should first analyse the overall duration of a stage. For example, as we point out in this article on the Way from Roncesvalles to Logroño you can see that each stage will take you approximately 6 hours, the last stage being the hardest, as it can take you up to 8 hours to complete it.

First of all, it should be pointed out that when calculating a stage we have to take into account that not everyone is so physically capable. For example, a person accustomed to physical exercise will make the stage, as a general rule, faster than a person who is not accustomed to it and leads a sedentary life.

It is also necessary to take into account the knowledge of mountaineering and hiking that stop. For example, if you are a mountain professional and you have or treasure a series of knowledge that makes it very difficult for you to get lost, you can follow the routes with great ease. However, a person from a city that is not given to going out for a walk in the countryside will normally waste a lot of time trying to find his way around. For this reason, it should be noted that the general indications are only estimates, not to be taken as a kind of Bible.

For this reason, affirmations such as the average speed of the pilgrim is 4 kilometres an hour are a simple affirmation, which can give a more or less approximate estimate but need not be taken as a dogma of faith.

Therefore, it is often advisable to train before making the Way in order not only not to lose physical shape and complete the whole way, but to stay in the average of a normal and healthy person.

How long is the bike ride?

It should be noted that cycling is a much more efficient method of transport than walking. With the bike you can deploy quite high speeds, so the only problem you will have is the sections not accessible to the bike itself.

The mountain bikers themselves affirm the certainty of this phrase, since on more than one occasion they have had to get off the bike in order to complete a certain section of the route.

For this reason, before embarking on the Way by bike should think twice and see if we really are capable of it. In case of doubt, it is best to do it on foot.

It should be noted that two or three hours of walking are half an hour on a bicycle if the terrain is accessible, and if this is not the case it should be borne in mind that speeds are still very different. However, if the terrain is impracticable you will be slower than a person walking since the latter does not have to carry the bike. The average, therefore, is about 12 kilometers per hour, three times faster than the pilgrim on foot.

Remember that until 8 o’clock, hikers have priority to enter the hostels than cyclists, since in case of saturation, the cyclist in just half an hour can be planted in another hostel, while the pilgrim would take about two or three hours. 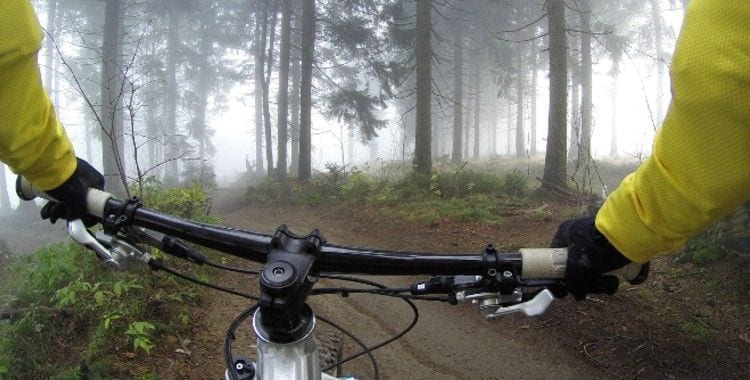 One of the biggest problems in calculating how long the road takes is knowing the impact of the cumulative effort. The first stage, which is carried out with a great deal of energy and enthusiasm, is not the same as the last stage, in which we already have severe signs of accumulated fatigue.

For this reason, we should focus on stages that are within our means. They’re not going to give us a prize for doing it in less days, nor are they going to see how macho we are. It’s a good idea to act with your head and not be carried away by pride.

Therefore, it is best to add one more hour if we are in the intermediate stage and a couple of more hours if we are in the final stage. It is better to add these two hours, as we will not get frustrated or find ourselves in the middle of the night completing the stage.

In conclusion, it is difficult to get an idea of its duration. It is necessary to point out that there are many conditioning factors and that we can only establish general rules that may not work for the specific case, but that at least give us an accurate idea of more or less how long it can last.