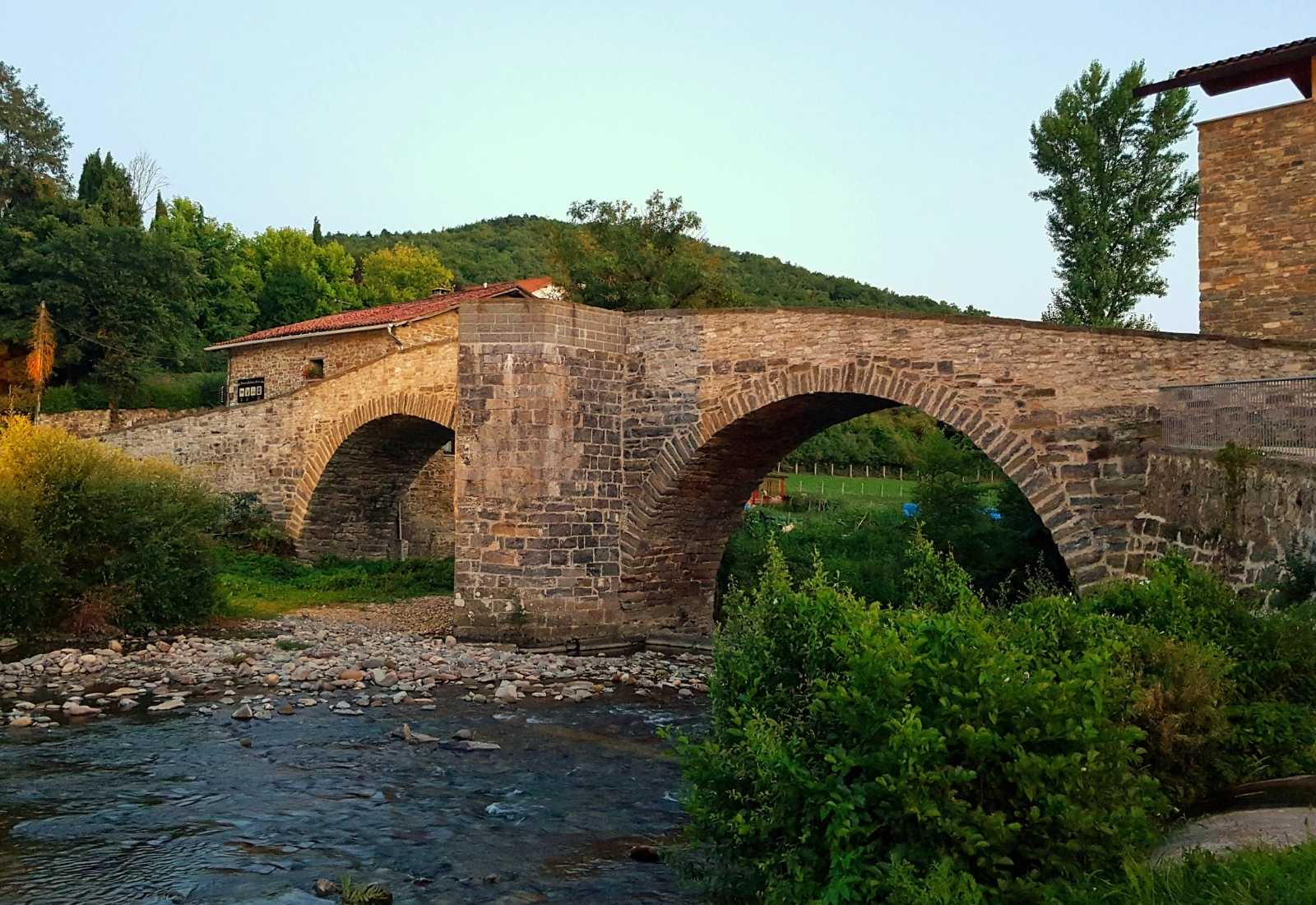 The pilgrim village of Zubiri is located halfway between Roncesvalles and Pamplona, and is considered an obligatory stop for all pilgrims on the French Way. After the very hard descent of Erro, Zubiri appears as the entrance to the valley of Esteribar, a long and flat landscape that precedes the entrance to the city of Pamplona.

This town, beautiful for its landscapes, still preserves vestiges of past centuries, such as bridges, mills and churches.

What to see and do in Zubiri

One of the most sought-after photographs of Zubiri is its iconic Rabia Bridge, which spans the course of the River Arga. The Romanesque style building dates back to the 12th century and has witnessed a peculiar tradition until a few years ago:

Faced with the impossibility of placing the central stone of the bridge, the builders decided to dig into the banks of the Arga River to give it more depth. It is said that at that time they found the remains of Saint Quiteria, protector against rabies. From that moment on, a curious tradition arose in the village, animals were forced to pass around its central pillar to avoid rabies, because according to legend the bridge holds this supernatural power. And hence its name 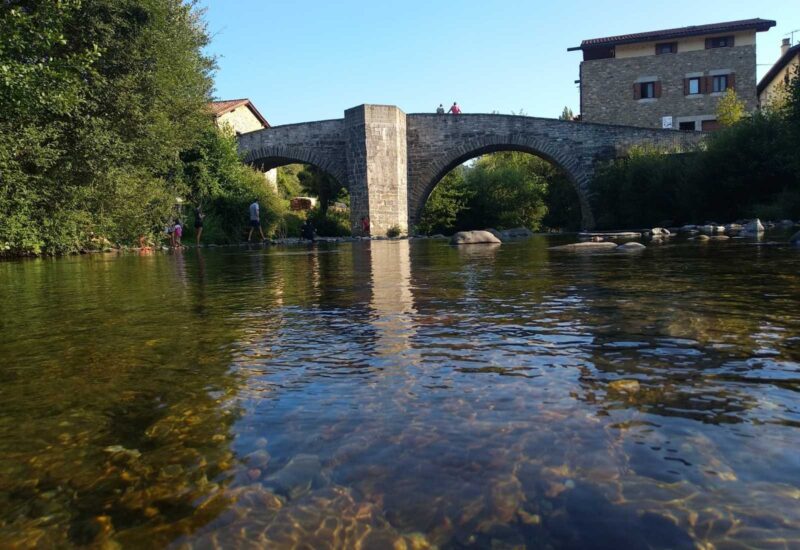 It also highlights the Church of San Martin, newly built, as the original was destroyed after the Carlist War.

Nature lovers are in luck when visiting Zubiri. A walk through the Quinto Real, a spectacular beech forest of more than 3,000 hectares crossed from north to south by the river Arga, is a must. A place inhabited by a great variety of fauna, such as roe deer, deer and bearded vultures. 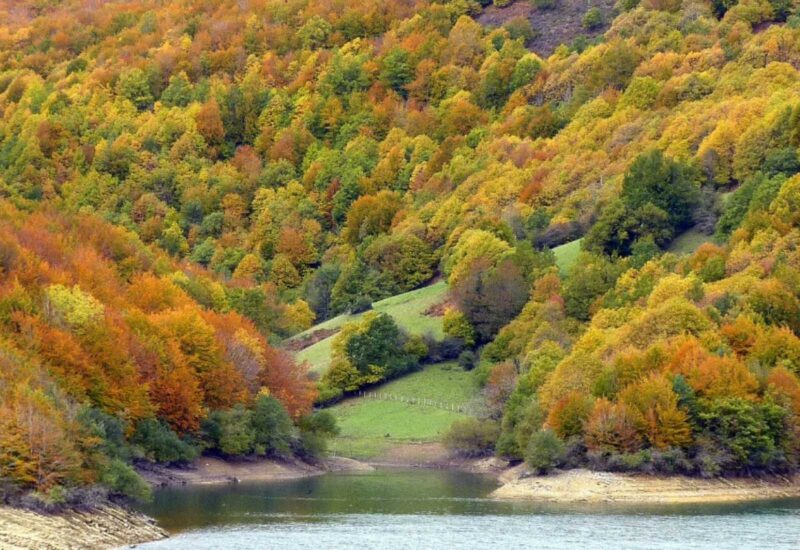 It is a millenary forest in which the kings of the Middle Ages received part of the benefits that hunters or fishermen extracted from it.

In addition to the Camino de Santiago, in Zubiri it is also possible to enjoy wonderful hiking routes, such as the Etxarro race or the one to the Usetxi viewpoint. Throughout the valley the visitor will have the opportunity to do all kinds of activities and sports, such as trailrunning, cycling, mycology, flora and fauna observation, study of dolmens etc.. 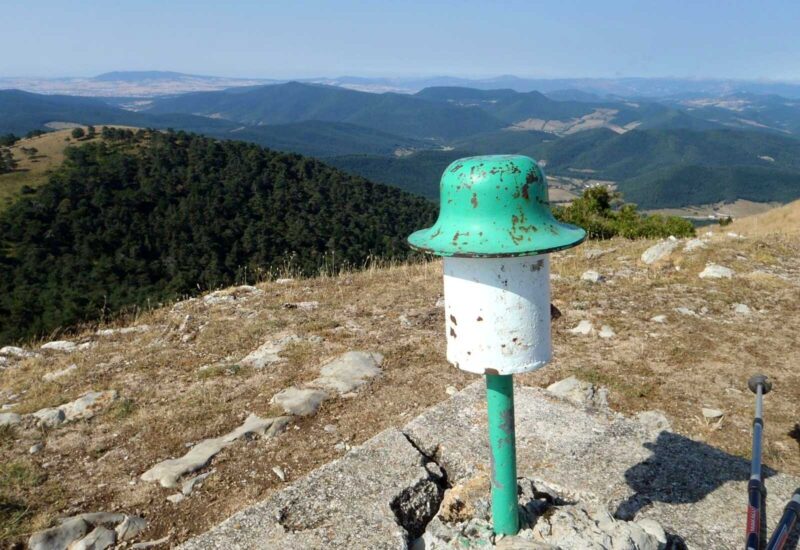