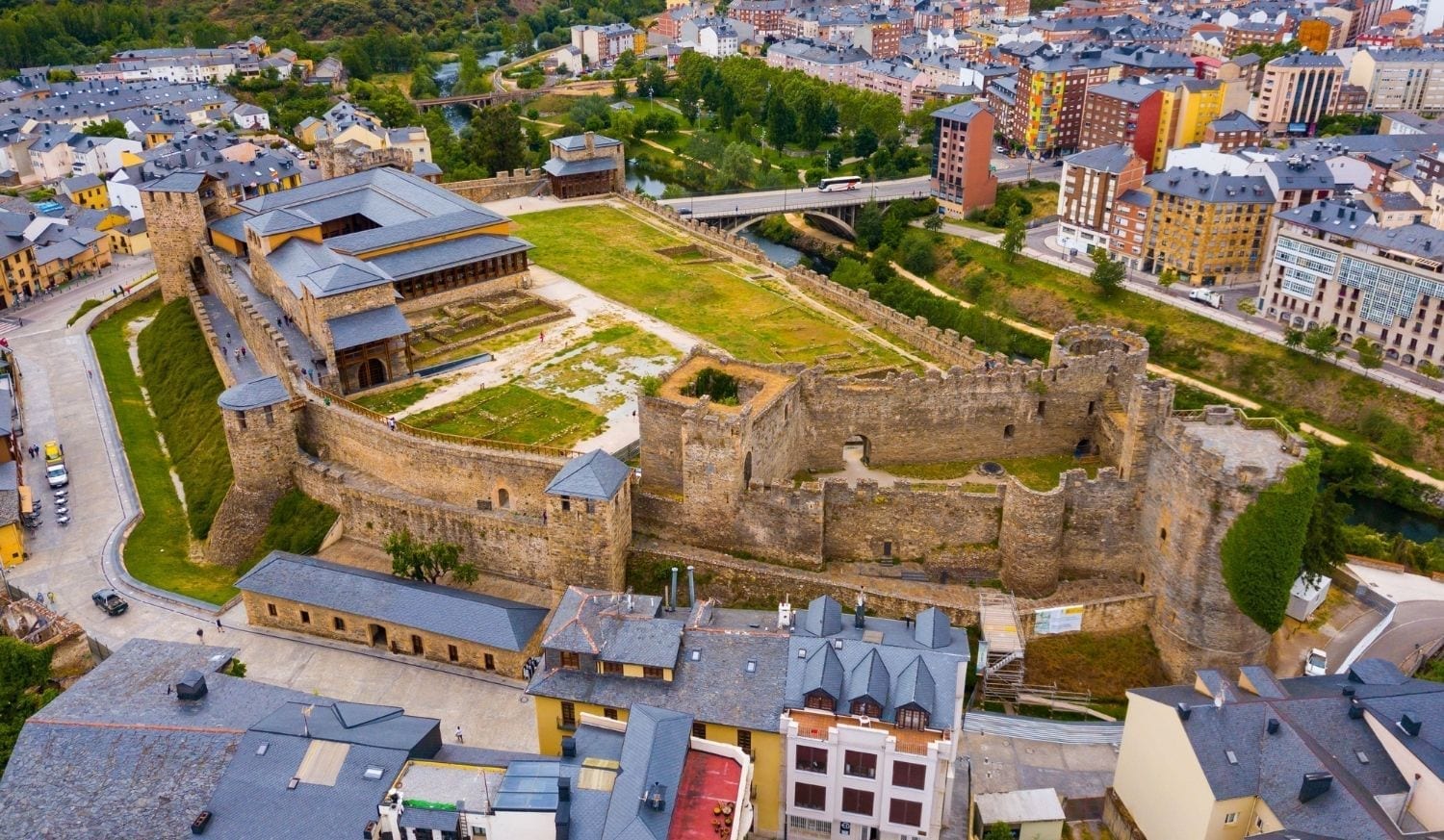 Ponferrada is the administrative capital of the region of El Bierzo. Geographically located in the northwest of the province of León, for centuries it has been an obligatory passage between the plateau and the neighbouring Galician lands. This characteristic, together with the emergence of the Camino de Santiago, has favoured the settlement of different settlers and cultures that have favoured the growth of the municipality over the centuries.

What to see and do in Ponferrada

Donated in 1178 by the kings of León, the Knights Templar fitted out this castle as a fortress, which was once a Roman fortress and citadel.The Castle of Ponferrada. The castle was constantly modified by the Order, until it became one of the most characteristic Templar sites in the country. Reformed over the centuries, this castle has additions from the 15th and 16th centuries, as well as others such as the stables of 1848, the reforms of the 20th century and the coats of arms and coats of arms that attest to all of them. 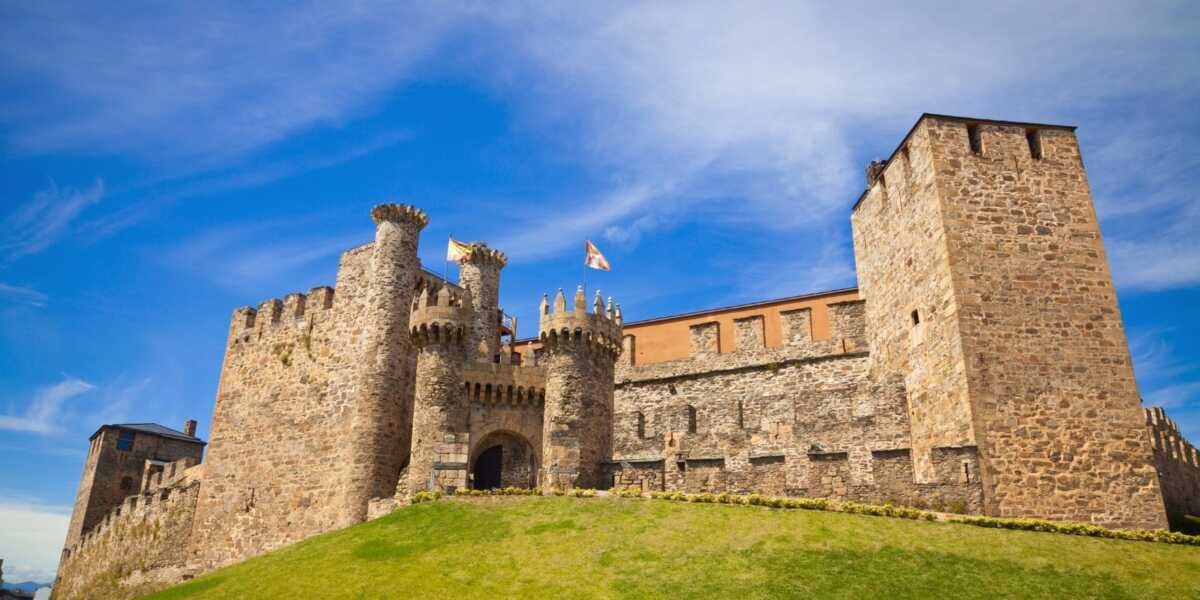 Situated at the foot of the castle, this church dates back to the 17th century and is the proud bearer of the Baroque altarpiece, the work of José Ovalle and Andrés de Benavente. This church is one of the most important religious sites in the city. 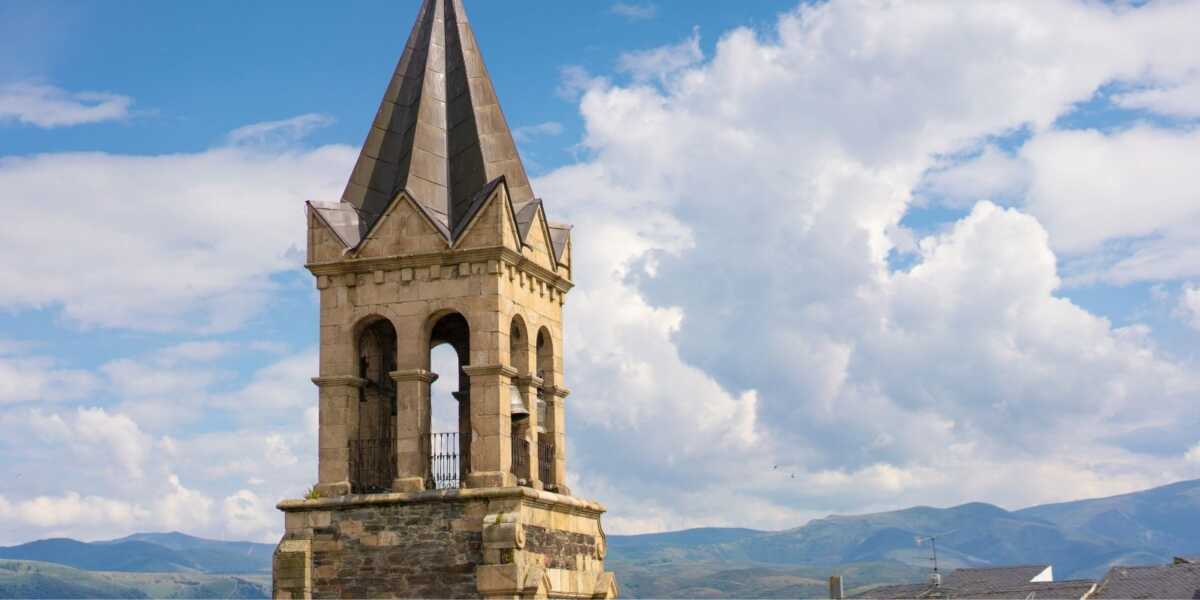 This museum is located in a baroque style house, and houses a collection of Luis del Olmo’s radio receivers. With more than 200 devices, we can see the evolution of radio and communication through the auditions and the devices of the radio medium. 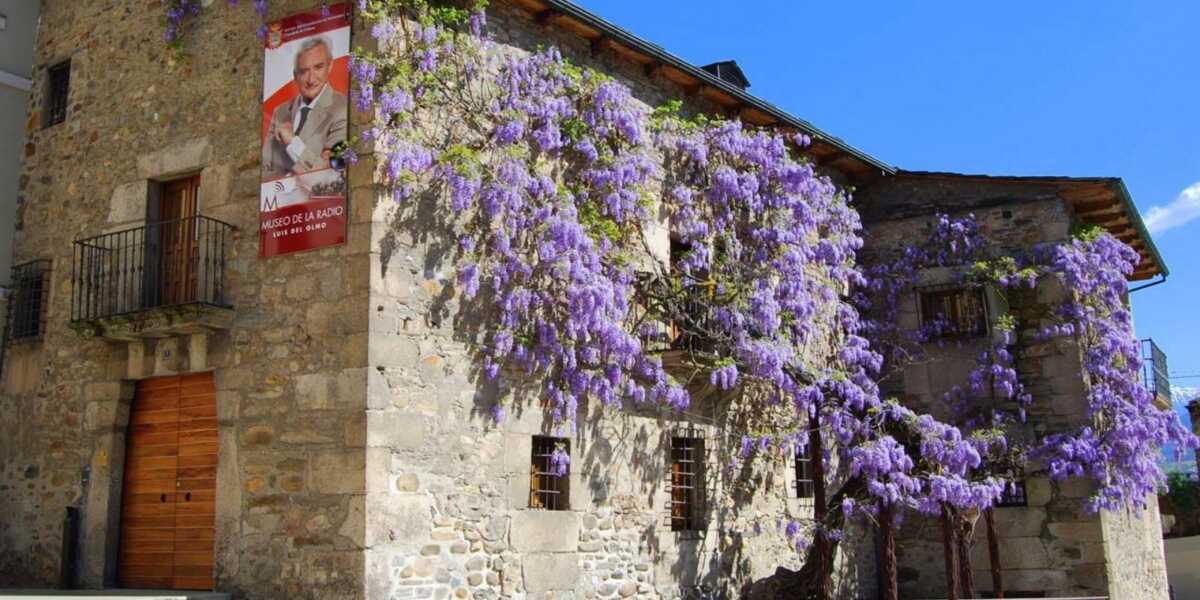 Basilica of Our Lady of La Encina

This Renaissance temple in Ponferrada that TheVirgin of La Encina, thepatron saint of the city, who, according to legend, was brought from Jerusalem by Santo Toribio and kept in Astorga until the Muslim incursions when, for safety reasons, it was decided to bury her in a secluded area, choosing a holm oak forest in El Bierzo. Centuries later, while the Templars were building their fortress, exploiting the nearby oak groves, she was found and became the patron saint of the place. 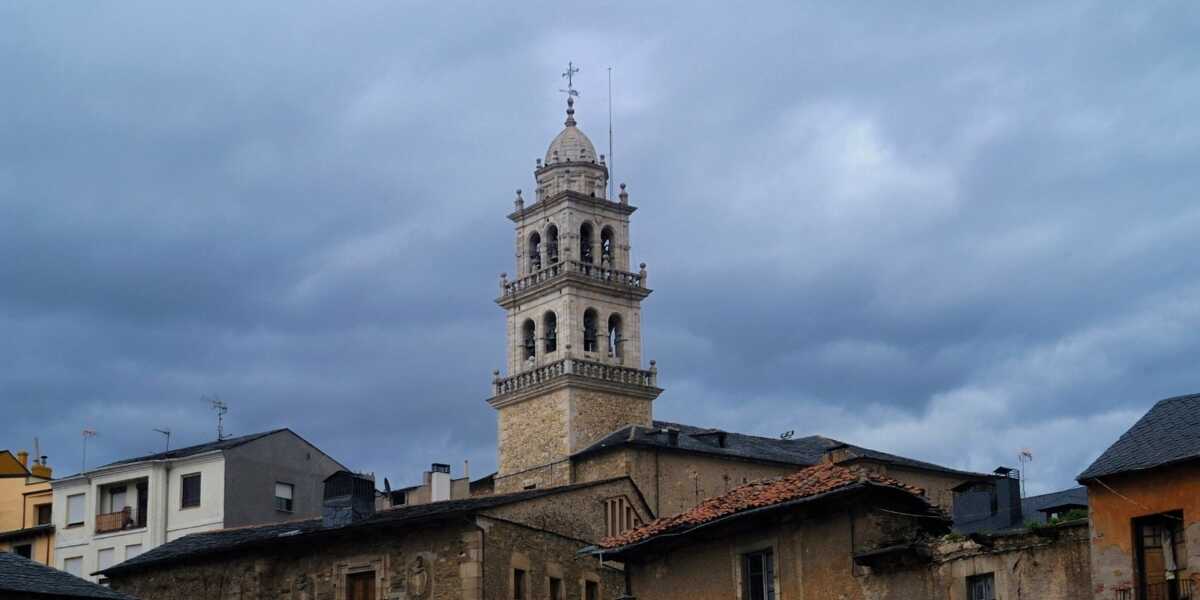 This tower in Ponferrada is the only thing that remains of the old walled enclosure of the city, dating from before 1567 and is known to have been modified to add the bell tower in 1693. The silhouette of this tower governing the city is a detail that you can not miss, as it is part of the characteristic image of the city. 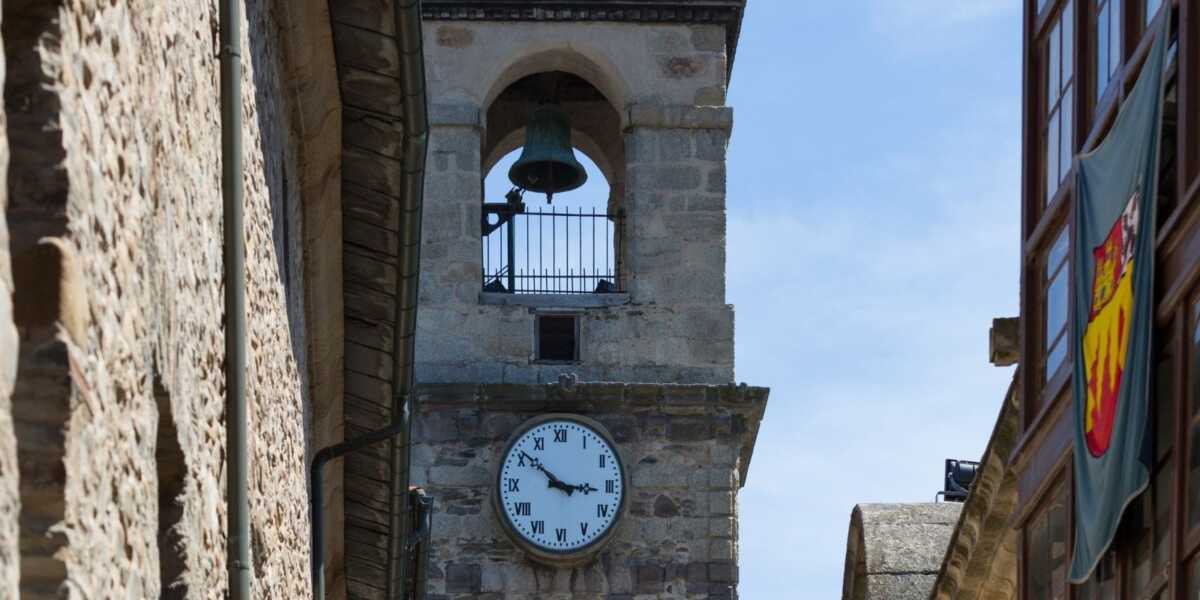 This building located in the Calle del Reloj, dates from the eighties and was a former prison, and home of the corregidor. The museum’s collection offers a journey through the history of El Bierzo, from the historical and prehistoric sites to the industrial archaeology part, including the remains found in Las Médulas, from the Roman and Visigoth occupation.

A walk through Ponferrada

Ponferrada has two distinct parts, the old town, where the monuments are concentrated and the new town, where services and shops are concentrated. From the historic quarter, of small dimensions, we recommend you to start in the Avenida del Castillo at the height of the Plaza del Temple, next to the Castle, since a few steps further on you will find the small church of San Andrés from the XVII century.

In the new part of the city the shops and cafés are concentrated around the Avenida de España with many pedestrian streets. In this area you will find the Railway Museum. If what you fancy is a drink, then the neighbourhood to go to is known as the Temple Quarter, on the other side of the train tracks and if you are one of those who can last until the early hours of the morning, you should go to the Big Apple, at the exit of the city, where the nightclubs are concentrated. 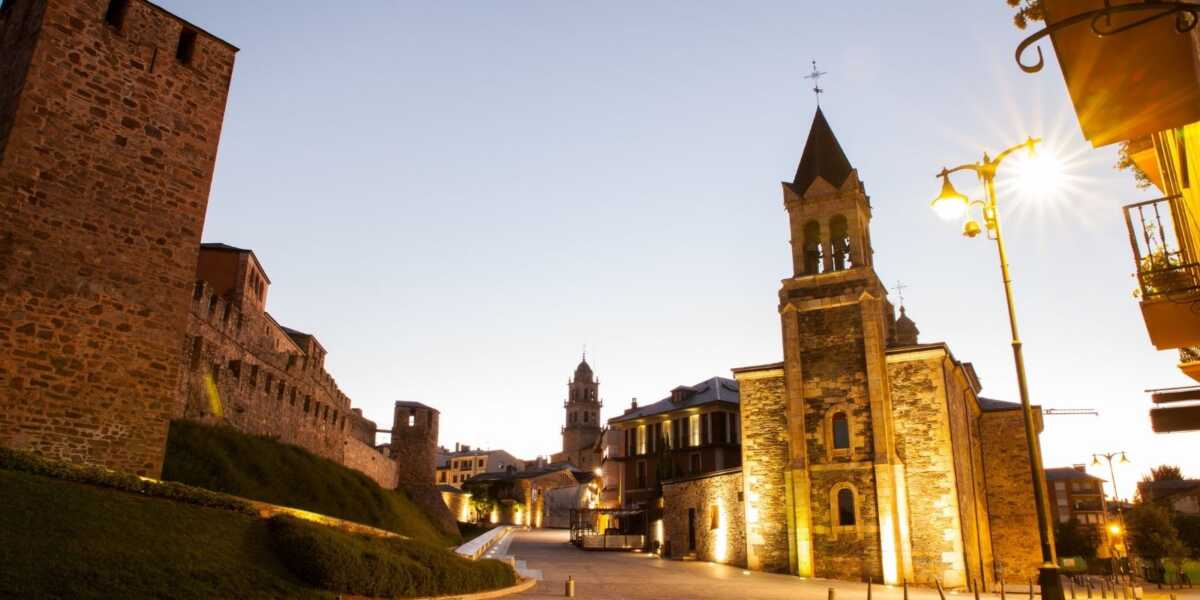