In the history of architecture In Galicia, the initiative of the nobleman plays an essential role, sometimes promoting his own large private house surrounded by gardens and farms, sometimes in need of a castle, due to war vicissitudes, or many others for social and religious reasons, such as the architecture of hospitals and buildings for public use. In Castile we have the castles, in Galicia the pazos, and in both territories we also have hospitals; some buildings are still privately owned, but others have public and tourist use, such as some of the most famous pazos and paradors in Galicia that we are going to present in the following article. Of course, many of them are on the Camino de Santiago, and if you make the pilgrimage to Compostela you will be able to visit some of them.

Known as Hostal de los Reyes Católicos, this iconic building stands on the north side of the Obradoiro square in Santiago de Compostela. Belonging to the Paradores hotel network, it was built between the end of the 15th century and the beginning of the 16th century as an initiative of the Catholic Monarchs and under the direction of the royal architect Enrique Egas, as a much-needed hospital for pilgrims on their way to Santiago de Compostela. Today considered by some the oldest hotel in the world, since in 1953 it was converted into a Parador by the Spanish State, it contains an endless number of cloisters, courtyards, halls, impressive rooms and balconies and, of course, a lot of history and unique views of the facade of the Obradoiro. If someone important comes to visit Santiago de Compostela, we assure you that they will sleep here. 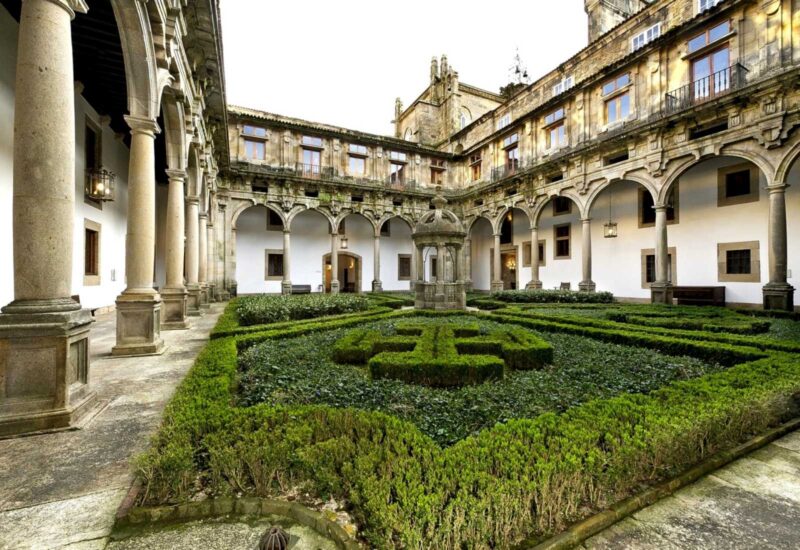 In the municipality of Baiona, in the middle of the Portuguese Way of St. James along the coast, we can find this beautiful parador, an elegant building with stately rooms and beautiful views of the sea. It is known that there was a Roman settlement on the site where it stands, although the construction of the present structure dates from between the twelfth and sixteenth centuries. Known as Monterreal Castle, its construction was motivated by the fact that it was a defensive place. The importance of Baiona in relation to maritime traffic and the relationship with the colonies of America should be remembered: on March 1, 1493 Martín Alonso Pinzón returned to the coast of Baiona after his voyage to the New World, making this town the first in Europe to hear the news of the discovery of America. Since 1966 it has belonged to the Paradores chain. 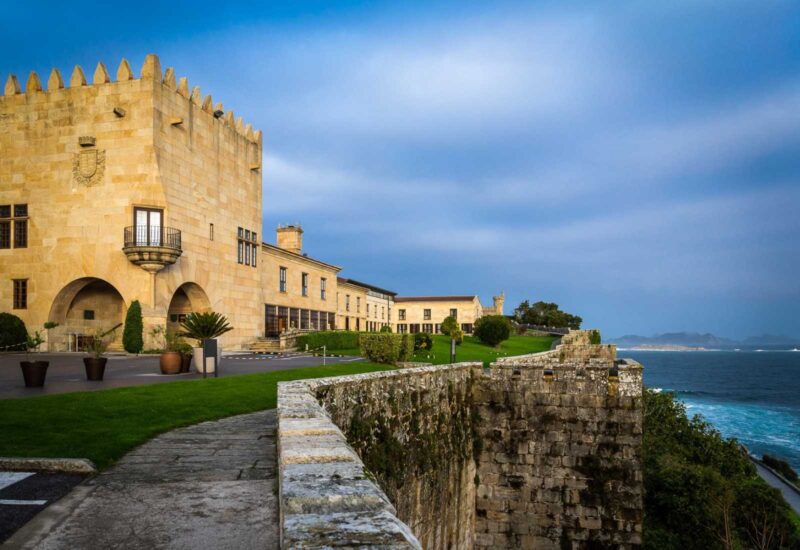 On the banks of the Miño River, and facing Portugal, is this beautiful parador that begins the last 100 kilometers of the Portuguese Way of St. James. It is a traditional Galician pazo converted into a parador in 1968, which today has a swimming pool and a beautiful terrace with sublime views of the city of Tui. Also, if you are going to do the Camino de Santiago with your dog, you should know that in this accommodation your furry friend will be welcome.

In the municipality of A Estrada (Pontevedra) is located this manor house that is listed as an Asset of Cultural Interest. It is a complex consisting of a manor house, orchard, garden and day laborers’ house. The complex has its origins in the 13th century, although what we see today is a construction of the 18th century, as can be seen in the main building, the manor house, which is of baroque style. Its garden is one of the most important in Galicia, a real tourist attraction, with ponds, streams, bridges and even an artificial island. This is why some call it the “Galician Versailles”. It can be visited, and if you go to discover it, be sure to admire the hedge trimmed like a cross of Santiago.

Surely this building, known as the vacation residence of the Franco family, is familiar to you. It was the subject of a dispute over its ownership between the Franco family and the Spanish State. Although it looks medieval in style, it was actually built in the 19th century on the initiative of the famous Galician writer and woman ahead of her time Emilia Pardo Bazán. Numerous pieces of art were found inside the pazo, such as several sculptures from the cathedral of Santiago. Located in the municipality of Sada, it is an Asset of Cultural Interest since 2008. 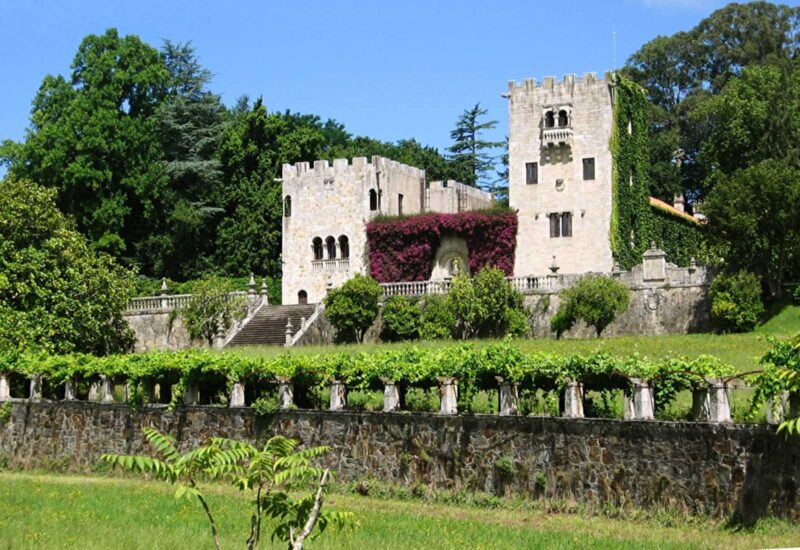 Located in the Pontevedra municipality of Vilagarcía de Arousa, it was built in the 15th century and renovated three centuries later. Here you can visit one of the largest and oldest vineyards in the region of O Salnés, famous for its Albariño wine. In addition, it has a historic garden, named “International Camellia Garden of Excellence” in 2014, a spectacular botanical garden with different English and French style landscape elements and designs. Finally, it has a wine cellar where you can enjoywine tastings. On its website you can find out how to visit it.

So goes the saying that describes some of the elements of the pazos, former residential palaces and even fortresses for stately families, which today are another example of Galicia’s cultural heritage. Some are open to visitors, others for public and tourist use, such as the paradors, and if you follow one of the routes of the Camino de Santiago you can learn more about their history in situ and enjoy the sights and smells of their gardens, as part of the charm of Galicia.