The Camino de Santiago is known worldwide, and despite this, it still holds some secrets that only a lucky few have been able to discover. This is the case of the Vadinian Way. Part of the route coincides with the Camino Libadiense. This pilgrimage route enters one of the natural wonders of Spain the National Park of the Picos de Europa.

Although demanding due to its steep slopes, the route is worth it. It is also worth taking a break to explore the green valleys, the high peaks and, of course, the ethnography of the area. Everything always accompanied by good food. Let’s take a look at what the Picos de Europa have to offer.

We will start our way through the little known Vadiniense route. One of the best options available to the pilgrim to venture into the great Cantabrian massif. It passes imposingly through Cantabrian, Asturian and Castilian-Leonese territories.

Without dwelling on the layout and stages of this alternative of the Camino de Santiago(you will find information about it in another blog entry), a visit to Liébana, whose Blessed contemplates in the VIII century Santiago Apostle as patron and protector of the then Hispania, is a must; he writes:

O most worthy and most holy Apostle,
golden gleaming head of Hispania,
powerful defender and very special patron
piously assist the flock entrusted to your care.

The Roman road between Las Salas and Villayandre-Verdiago, as well as the section between La Remoña and the Pandetrave pass (1562m) are also particularly important. Here we will enjoy unbeatable views of the green Cantabrian mountains.

All this, delighting our sight not only with the water running in the deep valleys, the green of the slopes or the impassive rock of the high mountain, but also by the action of human hands that, for centuries, inhabited the area. The architecture, civil and religious, is simply formidable. Architecturally, Romanesque dominates the scene, also dotted with pre-Romanesque art. We will also find ethnographic samples such as “hórreos” (granaries) and reconditioned “pallozas” while we walk through green meadows covered with “capilotes” (also known as queen’s daffodils). 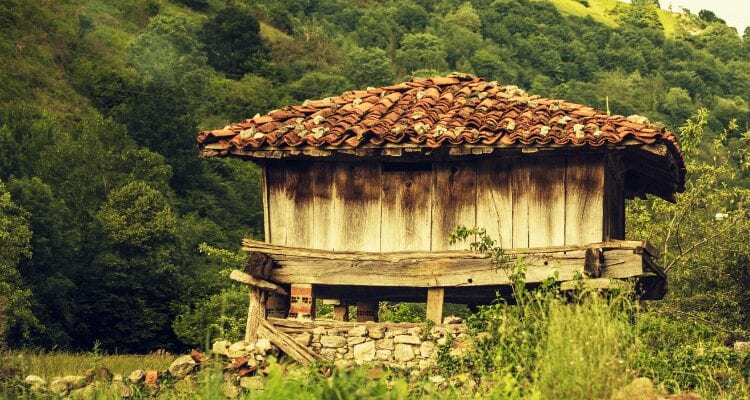 If, exhausted by so much beauty, the pilgrim decides to make a stop on his route and get off the road, in the area there are endless routes and activities that, as happens during the Camino de Santiago, will feed the stomach, but above all the spirit.

Starting with the routine that the pilgrim undoubtedly brings, that which involves exercising the body daily for a few hours, no one should miss the affordable, but impressive, Cares route: 12 linear kilometers with little difficulty or unevenness, but that run through a high mountain valley, with large steps oradados in the rock, which leave no one indifferent. Although partially overcrowded on holidays and high season, the influx of people has its advantages: there are excursions from Cangas de Onís, so that the experience is comfortable. For those who choose this option, they should not leave Cangas de Onís without trying Isidorín’s exquisite homemade cider.

Continuing the journey, 8km from Poncebos, starting or finishing point of the Cares route, we find Bulnes, image of tradition in Picos de Europa, as well as Sotres, from where we can admire (and the most prepared ones, climb) the icon of the Cantabrian massif: the Naranjo de Bulnes (Bulnes Orange Tree).

We cannot fail to mention, for mountain and hiking lovers, the visit to the Covadonga Lakes and the Fuente Dé cable car, which transports us to the heart of the high mountains, halfway between the earth and the sky. Because it’s not all about walking: gastronomy and leisure

But, in his exploits of explorer and mountaineer, the pilgrim to Santiago also deserves to enjoy the multitude of activities and visits that the Picos de Europa offer. From the ski resort of San Glorio in Portilla de la Reina to water sports such as sailing, rafting or the descent of the Sella. Numerous snow sports, but also caving, canyoning, or via ferrata will delight the adventurers.

And since we mentioned Valdeón… the cheeses are one of the gastronomic wonders of the area. The blue cheese of this valley, the D.O. Quesucos with its four varieties, the Cabra de Riaño, Sajambre, de la Reina, Villalón… the list of possibilities is endless.

Among the gastronomy, also of obligatory mention are the cocido lebaniego, the cocido montañés and the one of arbejos, the chafaina (typically eaten by shepherds in the mountain), and the fresh fish of river, which makes the soup of trout insignia. 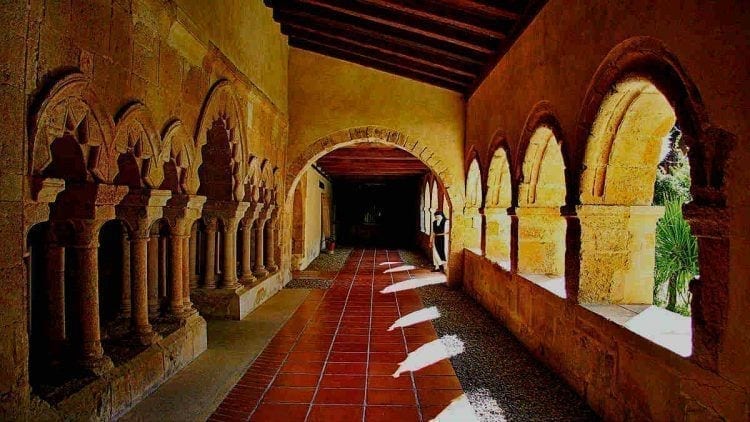 And for dessert? The place of reference for those with a sweet tooth will be the monastery of Gradefes, in the Leonese area of the Vadiniense road to Santiago. Of Romanesque architecture, the Cistercian sisters who live there delight the palate with lazos de San Guillermo, coquillos and roscos, shavings of S. José, sequillos de la Madre Pilar… An experience not suitable for diabetics!