O Camiño dos Faros. Popularly known as the Route of the Lighthouses de Galicia, it is a network of almost 200 kilometres of fascinating trails, which are divided into eight stages of about 25 kilometres each. They travel along the Costa da Morte from Malpica to Finisterre.

Although it is true that the route is designed to be done on foot or by mountain bike, we suggest you to discover this Route of the Lighthouses with our car, following the road closer to the coast. With the sea accompanying us, unparalleled views of impossible cliffs. Stops in these Galician fishing villages full of tradition, lighthouses that tell stories, beaches to arrive and never leave… In short 120 kilometers of wild nature, tradition and culture that starts in the beautiful port of Malpica and reaches the lighthouse at the end of the world.

We start the Ruta dos Faros in Malpica, a fishing village that has been weathered by the beating of the waves against the breakwater of the port. A port that once served as a base for whaling and today is still in full operation. It will be in this first stop where we will enjoy the beach of Area Maior, the hermitage and the viewpoint of San Adrián. From here we will see the Sisargas Islands, home to the first of the lighthouses on our route since 1919. Before leaving, we will pass by the beach of Beo, stopping to see its cross, the beach of Seiruga and continue to Punta Nariga. Here we find the second lighthouse of this route, surrounded by rocks carved by the sea and the wind, creating a breathtaking and fascinating landscape. 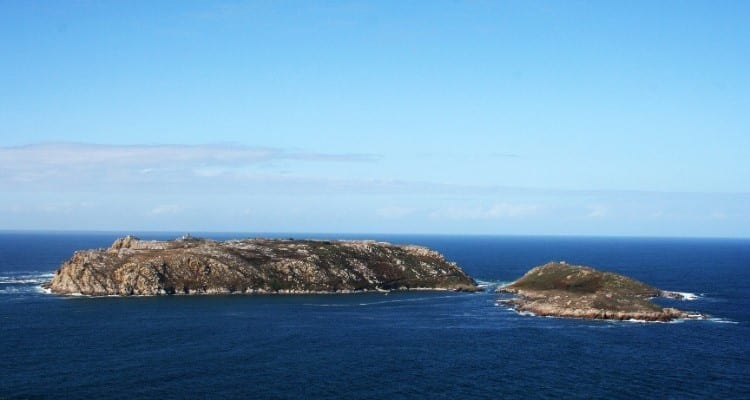 From Niñons to Ponteceso with the sea as the protagonist

In this part of the trip we will stop in many places that will be difficult to forget because of their peculiarity. The Port of Santamariña is one of them, as it offers us a beautiful view of Punta Nariga. Although the most significant thing that we are going to see will be the houses of the village Roncudo, where the construction is adapted to the hardness of the zone. Where the sea does not forgive.

In this area we will find the third of the lighthouses crowning a projection of grey rock where the sea lashes mercilessly producing a deafening noise, hoarse, which gives its name to this lighthouse, Roncudo. There will be several beaches where we will be able to stop. From the Osmo, from the Ermida. Impossible not to stop to see A Pedra da Serpente, a unique vestige in Europe, belonging to the Roman period in which the pagan and the Christian go hand in hand, and Rio Covo. And before continuing our way, a stop in Ponteceso, to see its bridge over the river Anllóns. The manor where the poet Eduardo Pondal was born. 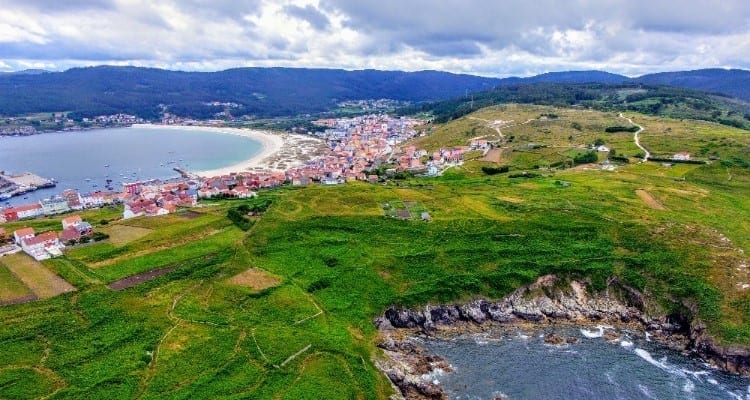 From Laxe to Arou, unique ecosystems and a lot of history

Once we leave Ponteceso, we will turn inland to discover two unique archaeological sites: the castro A Cibda de Borneiro, inhabited between the 6th century B.C. and 1st century A.D. and discovered in 1924 by Isidro Parga Pondal and Dolmen of Dombate, a jewel of megalithic art that surprises for its grandeur and its magnificent state of preservation. We will also be able to visit the interpretation centre. From there, to have one of the best views of the Atlantic Ocean of this Ruta dos Faros, we will go up to Monte Insua where the Lighthouse of Laxe is. Here we find the sculpture ‘A Espera’. A tribute to all those women and children who wait patiently on land for their fathers, sons, grandsons, sailor husbands.

Its location is privileged, the infinite ocean to the left, the Laxe estuary to the right, a spectacle for the senses. A visit to the beach of crystals is a must, where the ocean returned the crystals of different bottles, that was a landfill, turned into small tears of colors. The lagoon and the beach of Traba give us a peculiar ecosystem with the dunes as protagonists on the beach, and a walkway in the lagoon from which to contemplate the flora and fauna of the area. Leaving Arou we must not miss the opportunity to stop at the viewpoint of Lobeiras. 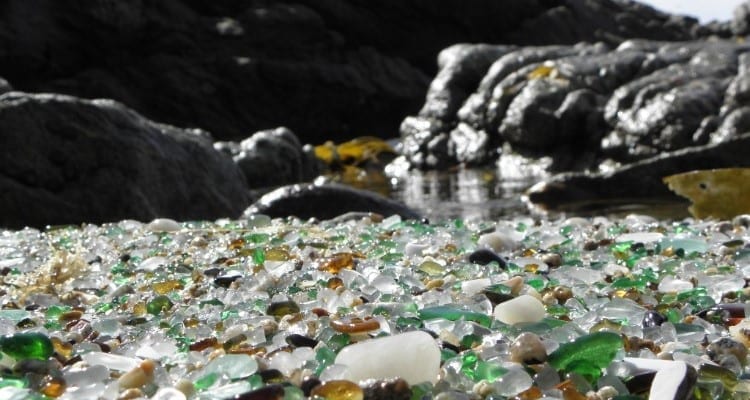 In Camariñas we find the lighthouse of Cabo Vilán, the first electric lighthouse in Spain, where we can visit the Interpretation Centre of shipwrecks, lighthouses and maritime signals, and the Faro Vello, which worked with steam and still remains. The road that takes us through this area is pure Costa da Morte. A rough road with views of those vertiginous cliffs, where the stone is our companion, showing us impossible sculptures forged by the waves, the wind and the weather. We arrived at an obligatory stop, Punta Boi, where we found the known as Cemetery of the English.

Here, in the middle of the 19th century, three shipwrecks occurred, leaving this part of the Costa da Morte cursed. In 1883 the ‘Iris Hull’ left Cardiff, never to return. In 1890 the ‘Serpent’ left Plymouth for Sierra Leone but a storm smashed the ship against the rocks of Punta Boi and she did not reach her destination. Finally, in 1893 the ‘Trinacria’, which left Glasgow for Gibraltar, never reached its destination. Here, in this place as beautiful as tragic is located this cemetery, a tribute to those British subjects who left their lives on the Galician coast.

And we arrived at Muxía. If Santander is the bride of the sea, this emblematic Galician city is the bride of the wind. The port, the one that feeds the locals, welcomes us, the one that in 2002 was hit by the disaster of the ‘Prestige‘ (a promenade has been created in memoriam) welcomes us, but we are going to continue on our way to the Sanctuary of Nuestra Señora de la Barca, built in the 12th century, pure Romanesque. We climb up the steep staircase to the Corpiño mountain. It’s worth the effort. Before us we have a panoramic view of Muxía, the Vilán Lighthouse, the sea, the green of the meadows… Our next stop is the Muxía Lighthouse, whose location is privileged. A visual spectacle at dawn, at dusk, with the rough sea mercilessly shaking the rock. Impressive.

And before reaching the end of this route, we stop in Touriñán to see the Cape of the same name. A rocky place, with its two lighthouses, where you can contemplate when spring starts and summer ends. The last sunset on the European continent. 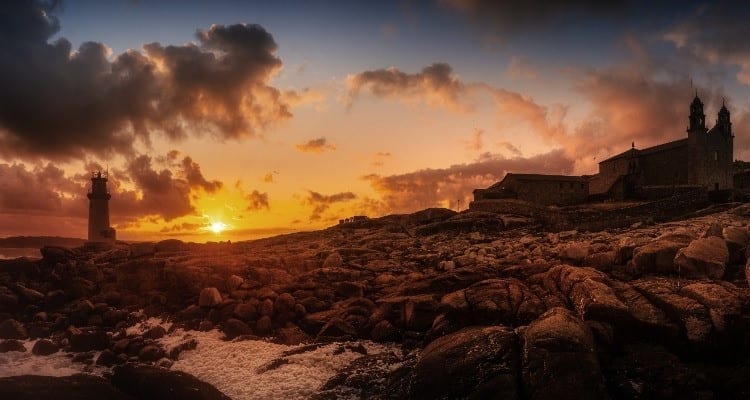 And we reach the end, the cape of Finisterre, the cape of the end of the world, an obligatory stop on the Camino de Santiago. A set formed by the octagonal lighthouse, a building called the Cow of Fisterra. This one houses a warning siren and another one called the Semaphore, from where signals were sent to the warships since it was built in 1879. And how wonderful to say goodbye to this fantastic route with the Atlantic Ocean at our feet. Like a carpet of water and salt, with that smell that permeates everything, contrasting with the green of the meadows surrounding the lighthouse. 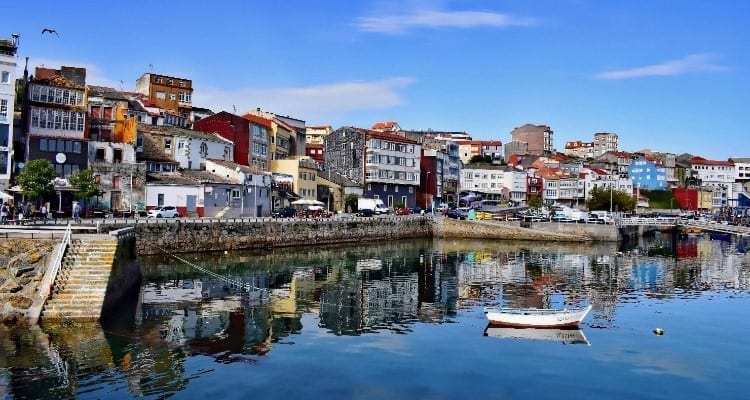 A route full of sensations that we can not fail to enjoy. Fishing villages with a special charm, immense beaches, impossible cliffs, royal lighthouses, rocks that are art. Nature in its purest state or viewpoints that give us priceless views, are some of the incentives to consider doing this route.