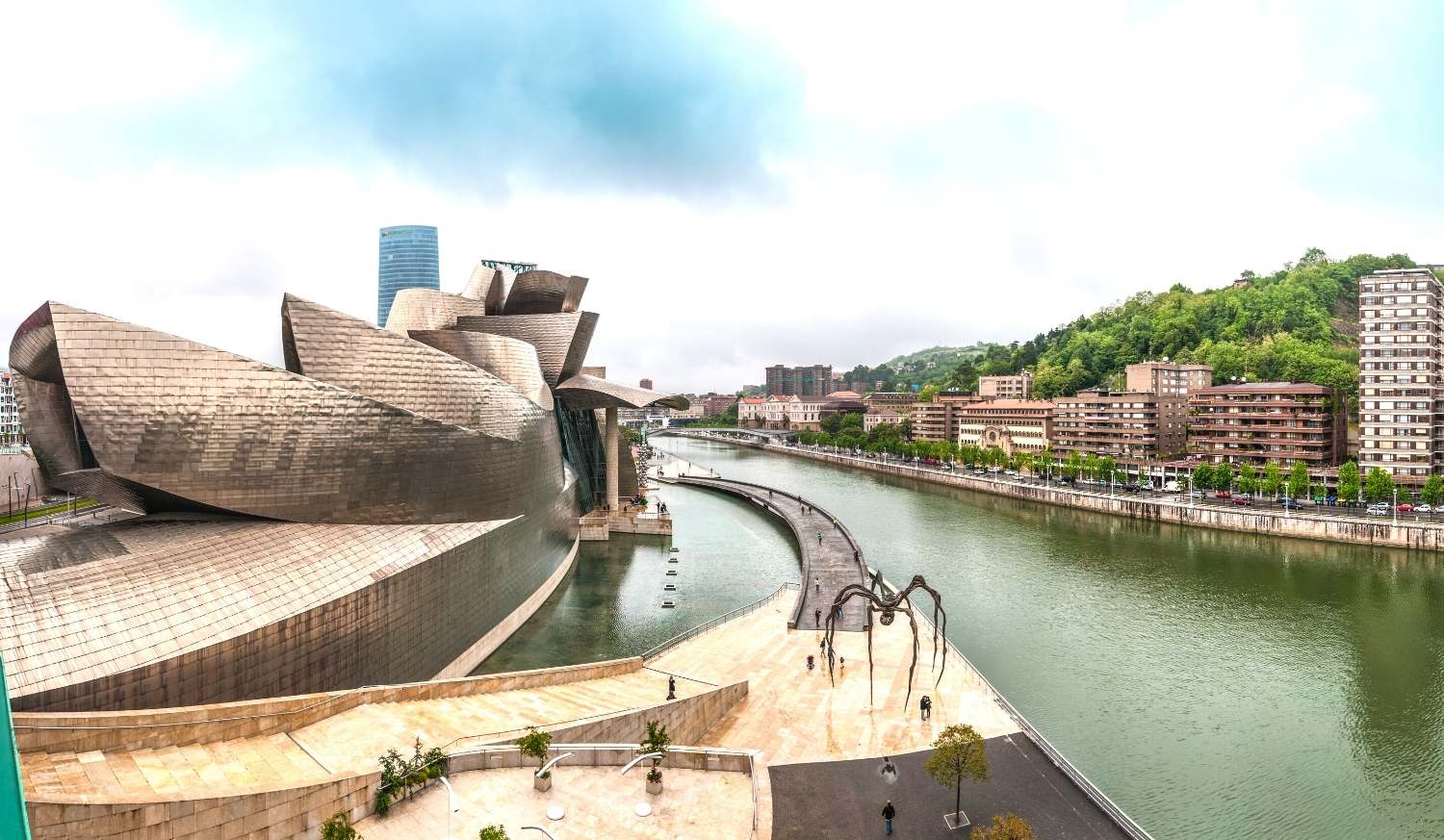 Bilbao, or Bilbo in Basque, is the capital of the Basque Country and is located on the Northern Way. Geographically, it is located on the mouth of the river Nervión in the estuary of Bilbao. It is the most populated city in the whole of the Basque Country, which together with its metropolitan area is projected in an urban continuum over the estuary, with more than one million inhabitants.

This area was one of the regions of strong industrialization during the policies of Franco’s developmentalism, so it suffered a strong crisis associated with the industrial restructuring of 1983. However, unlike many other industrial areas that went into decline, Bilbao knew how to reorient itself and rebuild itself economically. Its process of reconversion and landscape and natural restoration of the estuary is one of the most praised and outstanding in Spain. Today, it stands as one of the most dynamic metropolis of the country, sharing cultural scenarios of reference, at the height of cities like Madrid or Barcelona.

Bilbao is part of the historical territory of the Basque Country. It was founded in 1300 by Diego López de Haro V “El Intruso”, Lord of Bizkaia. It seems that its dynamism and consolidation would come from the establishment of the Jacobean route of the north, and the growth of its port associated with trade.

What to see and do in Bilbao

This beautiful building was built in 1900, in eclectic style, by the architect Luis Aladrén. The main façade presents a combination of the old Renaissance palaces inspired by the work of Alberti, with a “rustic style” padding, in combination with neoclassical structures and a clear ornamentation coming from the baroque style. 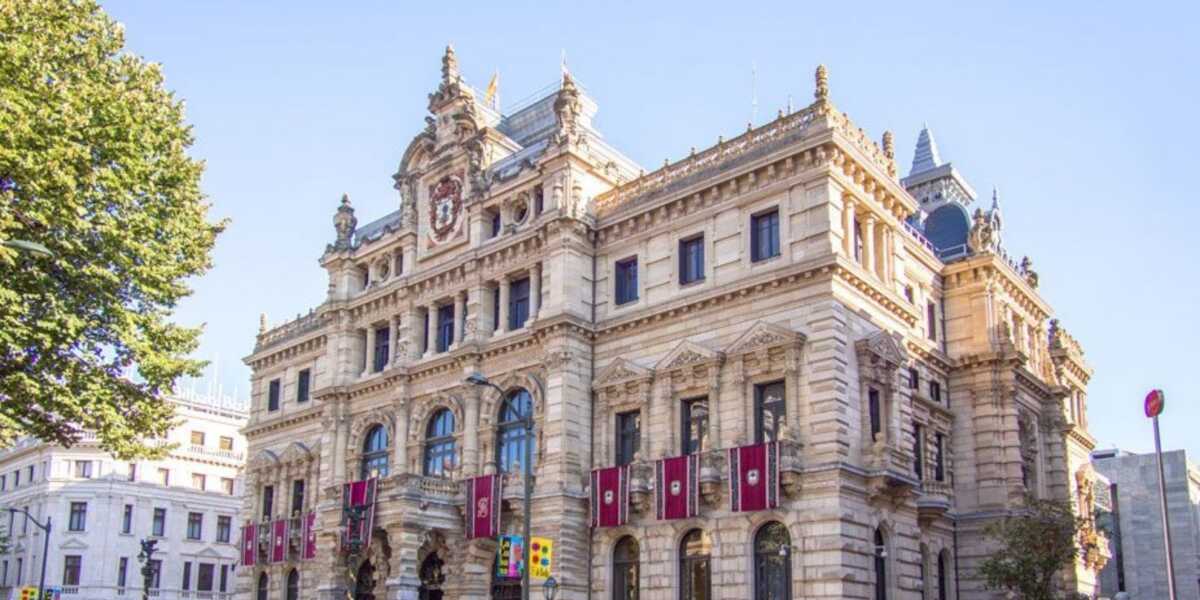 The impressive building that houses the museum is the work of the brilliant contemporary American architect Frank Ghery. Pilgrims who have had the opportunity to follow the French Route through La Rioja will remember the architecture of the Marqués de Riscal winery.

This museum, located on the Abandoibarra promenade, was inaugurated in 1997. It is a museum that houses mainly contemporary works. It houses works by such renowned artists as Louise Bourgeois (the Spider located outside), Frank Rothko, Antonio Saura, Jorge Oteiza, Anselm Kiefer, and Andy Warhol, among others. 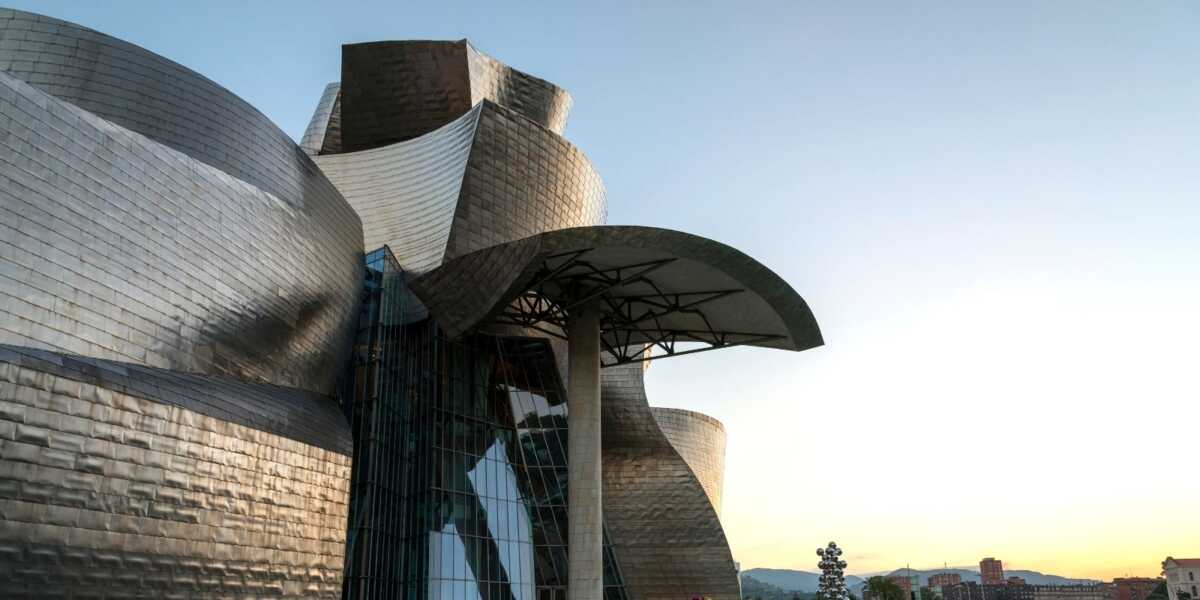 The new square, built in neoclassical style, is one of the city’s main centres of leisure and commerce. On Sundays there is a weekly market, interesting for everyone.

The cathedral of Santiago de Bilbao was built in the 15th century in Gothic style. It is one of the most important religious buildings in the city. 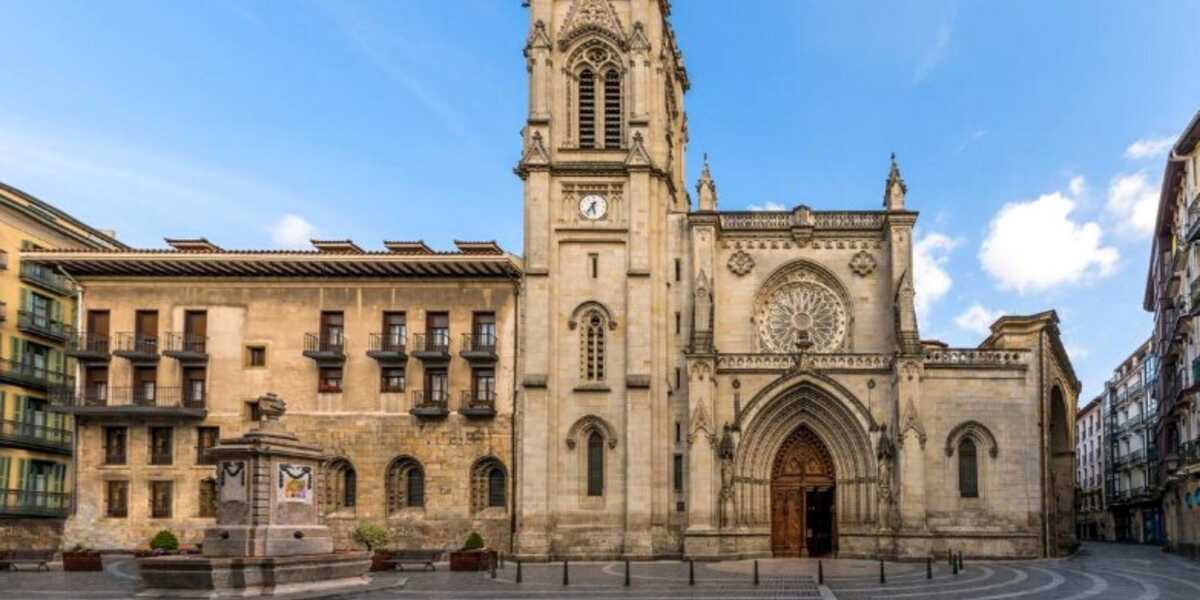