Pilgrim New Year’s Eve with Paris de Noia and “A Xira do Camiño”.

To the celebrations of this Holy Year 2021 we have to add another surprise, because one of the most important dance and show orchestras of Galicia and Spain, the orchestra Paris de Noia, gives us this year its tour “A Xira do Camiño” and a very special New Year’s Eve.

In a tribute to Galicia and the Camino de Santiago, the orchestra conducted by Blas Piñón is on a pilgrimage this year, and with their Jacobean tour, a kind of musical Camino de Santiago, they are going to give us surprising gifts for Christmas. We have had the opportunity to talk to him and to know what this “A Xira do Camiño” is all about.

One of the sectors most affected by the outbreak of the Covid-19 pandemic has been, and continues to be, the sector of orchestras, musical groups and nightclubs, an industry with a lot of weight in Galicia and also in Spain. The festivals and verbenas, something that traditionally organized the festival committees of the people raising money house after house each year, have virtually disappeared given the uncertainty generated by the Covid-19, which has discouraged much to all peoples to organize their big parties. 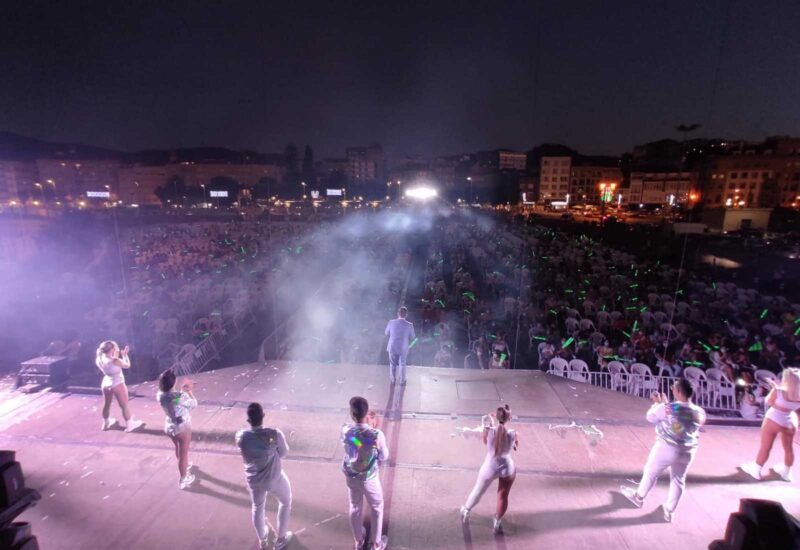 In addition, what is organized has to respect the restrictions of fencing, capacity, distance and use of masks, and at first the public had to be seated, as we could see them at Melide in the last 100 kilometers of the French Way of Santiago. A luxury to be doing the Camino de Santiago and surprise us with a verbena at the end of the stage.

The Paris Orchestra of Noia

Blas Piñón is the manager and singer of the orchestra Paris of Noia for no more and no less than 40 years, his entire musical career. Talking on the phone, he told us that their last performance before the pandemic was on March 8, 2020, and that only 12 orchestras, of the more than 250 that exist in Galicia, resumed their usual activity in June 2021, when they were finally allowed to work.

The 2021 tour is called “A Xira do Camiño“, an initiative in collaboration with the Xunta de Galicia to promote the Holy Year 2021. Adapting the show to the new reality following the pandemic, this tour has a avery attractive name for the pilgrim community, and the jacobean component is present in the show, with the lettering of the Xacobeo brand on the stage and its presence in the visual of the led screens that are part of the show. 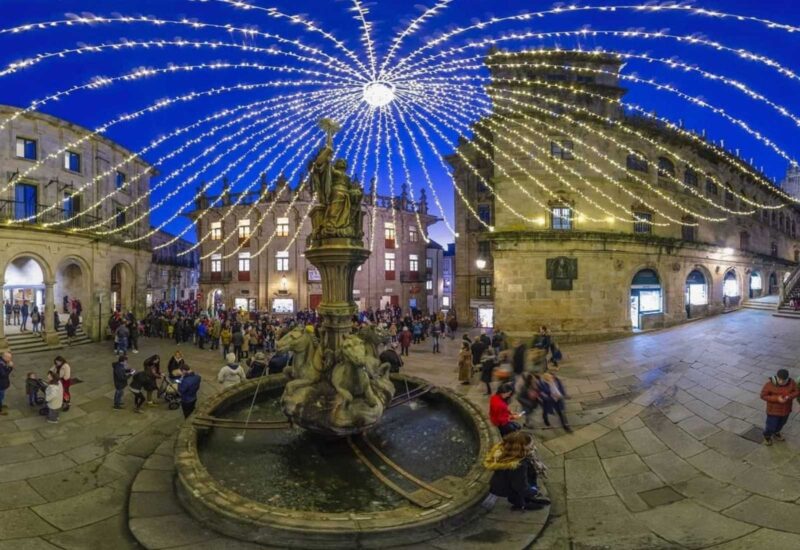 La París, as people refer to it when they talk about this orchestra, has a modern show that consists of 2 hours and a half of performance, with music for all audiences and with a clear premise: to interact and make the audience part of the party.

Thus it says a classic of Galician music by the group Los Tamara, which pays homage to us, pilgrims. The tribute to Galicia and its music is present in the repertoire, remembering songs like this one as well as others by Luar na Lubre and other folk music groups. Thus their Galician repertoire sounded this year in Villalba, in the last 100 kilometers of the Way of Santiago of the North. 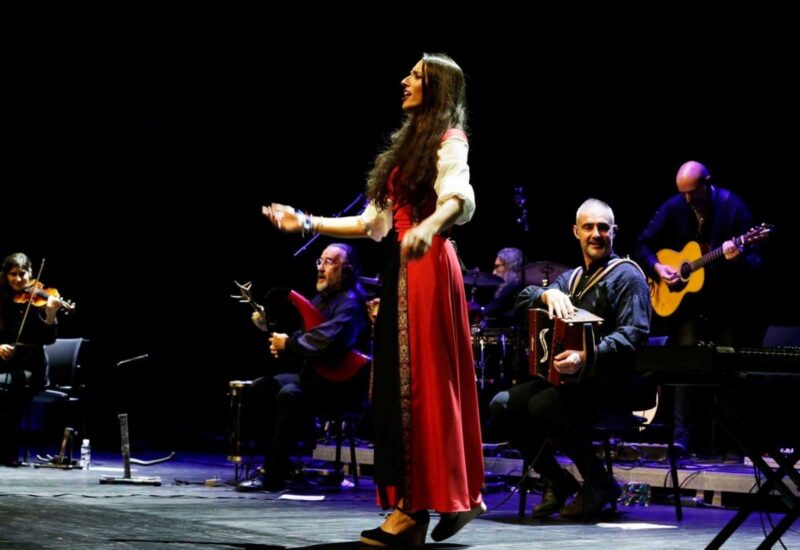 Pending confirmation of details, admission will be free and with capacity. The show will start at around 22:30, and at 23:45 there will be a break to eat the grapes during the chimes, which this year will probably be held on the stage of the orchestra and will be broadcast by Televisión de Galicia. Then the group will perform Tanxugueiras and, around 1:00 in the morning, Paris will be back, maybe with a little surprise.

That’s the idea: just as the Holy Year 2021 will continue in 2022, the Paris of Noia will continue to offer us its show “A Xira do Camiño” next year. Surely more surprises await us, and you can follow their official account at Instagram or Facebook to stay up to date. As you can see, there is Paris “for a while and for you”, and we in the meantime we’ll go and have a few dances on this pilgrim New Year’s Eve with them. There is no better culmination to your Christmas pilgrimage than a party with the Paris de Noia in Santiago de Compostela. Shall we dance?