The Holy Year 2021 and the Xacobeo are still in the spotlight and generating events, and there is news on the agenda for the extension of the Jubilee Year in 2022. Between 24 and 27 February 2022 will be held the Tour of Galicia “O Gran Camiño”, a professional cycling tour at the highest level. This will be a cycling tour that will cover the four Galician provinces, which symbolically will be a pilgrimage to Santiago de Compostela with high-level cyclists.

The Vuelta is back

After the obligatory stop of the Tour of Galicia due to the COVID-19 pandemic, this now classic competition, which has been held since 1933, will once again be held in Galicia following the signing of a collaboration agreement between the Xunta de Galicia an EZE Mosquera Events which took place last Tuesday, November 16, 2021. 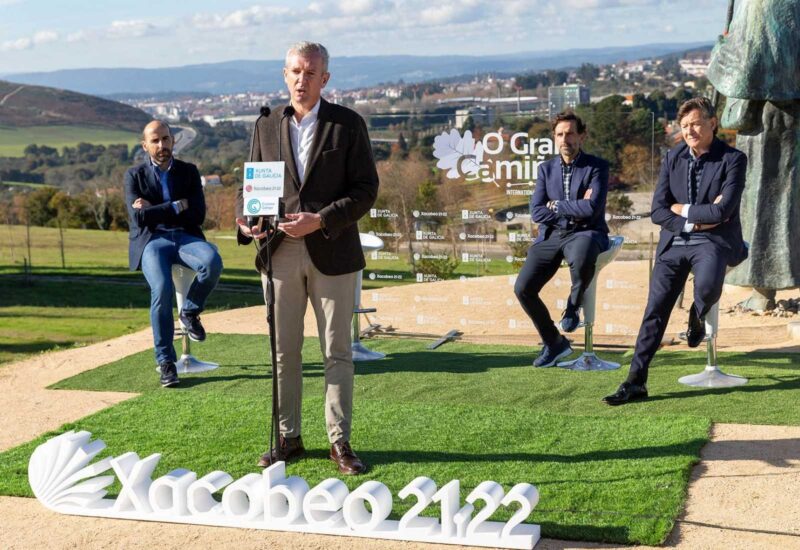 It will take place in the month of February, even in the low tourist season, a positive measure for the deseasonalization of Tourism. In the words of the Vice President of the Xunta de Galicia, Alfonso Rueda,“sport and tourism together result in very important benefits for the Galician economy,” and this event will be a good showcase for the Xacobeo, the Camino de Santiago and Galicia in general at the start of the Holy Year 2022. The success of the event last summer 2021 augurs a similar or even greater success, in a Holy Year that is expected to be full, as it was before 2020.

There will be four stages that will run throughout the Autonomous Community, thus simulating in some way the journey that pilgrims make through the Galician routes to the Cathedral of Santiago. The complete route is still being outlined, but we already have clues about the first stage of the Portuguese Way of Santiago, which will start in O Porriño and finish in  the middle of the city of Vigo. This was recently presented in Vigo by the president of the Provincial Council of Pontevedra, Carmela Silva, and the manager of EZE Mosquera Events, the former rider Ezequiel Mosquera, accompanied by athletes such as Marcos Serrano, Oscar Pereiro, Delio Fernández, Samuel Blanco and Alex Marque, among others, as well as Juan Carlos Muñiz, president of the Galician Cycling Federation.

The person in charge of the design of the route is Álvaro Pino, former Galician rider who says that it will be “attractive both for the cyclists and for the fans, who will enjoy a great stage and a great day”, in reference to the first stage. On the other hand, Ezequiel Mosquera points out that ” the first stage is a point of contact with the race and we must not make it very hard. In the end, the important thing is to have teams that want to go to war. 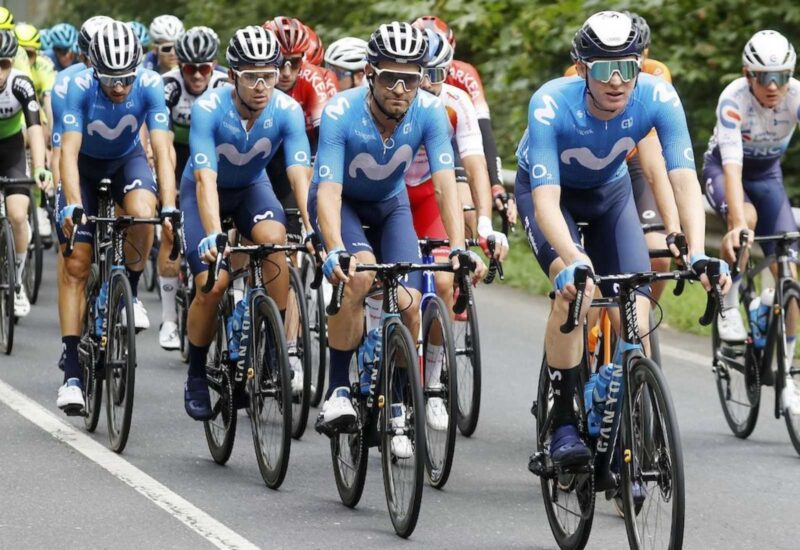 Renowned teams such as Movistar and Israel Start-Up Nation, the latter with four-time Tour de France winner Chris Froome among its ranks, have already been confirmed. We will have to be attentive to know which other teams will participate, but it is known that the contacts with the UCI Pro Tour are very advanced and, who knows, maybe we will see the world champion Alejandro Valverde in Galicia.

In the last ten years 33 stages of the Vuelta a España have been held in Galicia, with great cyclists like Miguel Induráin, Abraham Olano and Aitor Garmendia, among others. The possibility of seeing the current best riders is closer, and we will be able to see them racing on the best stages. The Secretary General for Sport, José Manuel Lete, pointed out that this event will show the whole world that all the essence of Galicia, with “its landscapes, its cities, its tourist, cultural and industrial assets and the Way of Santiago, which is the backbone of our idiosyncrasy and our relationship with the whole world”. He also highlighted the more than 10,000 pilgrims so far that have made in 2021 the Camino de Santiago de Compostela, as well as the Camino of Santiago by bicycle the Galician cycling culture with its five mountain bike centres and the increase in the number of cyclists since the pandemic. 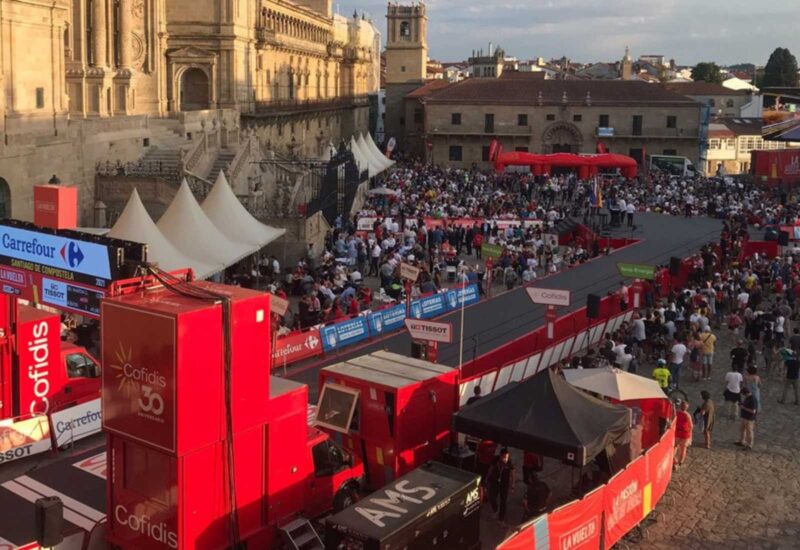 Next year Galicia, with a long cycling tradition, will be the scene of a cycling tour at the highest level, where perseverance, perseverance and effort are essential values to reach the finish line. As the saying goes, “there is no glory without pain“, and these values are common to the pilgrimage, the engine that drives each pilgrim to reach the coveted Plaza del Obradoiro, and if you have done the Camino de Santiago you will know what we are talking about. If you haven’t done it, you might be interested in attending this competition and, who knows, “O Gran Camiño” might be the inspiration that leads you to put on your boots or grease the chain of your bike.

Will we see you at the finish line? Getting to Compostela is exciting, but as every good pilgrim says, the goal is the Camino, and we invite you to experience your own “Gran Camiño” with us.