The passion that arouses the Camino de Santiago The pilgrimage of pilgrims has no borders, and this has been demonstrated by a veteran pilgrim with a curious and beautiful initiative. Norman Sinclair, a passionate pilgrim dedicated to the world of flowerswants to get closer to the road, and is carrying out a twinning between the German country and Sarria, decorating with flowers points and sections of the Way of Santiago. Let’s get to know his story, which links his profession with his passion for the pilgrimage route to Santiago de Compostela.

Norman Sinclair is a veteran pilgrim from Münsterland (Germany) who is a doctor, although he has been working in his flower shop in Lengerich for several years. Born in Venezuela, he has been living in the German country for 54 years, and between 2010 and 2014 he walked the Camino de Santiago several times, with an accumulated total of almost 5,000 kilometers. between the Northern Way the Silver Route the French Way of Santiago the Portuguese Way of Santiago and the Way of Santiago of Finisterre and Muxía. 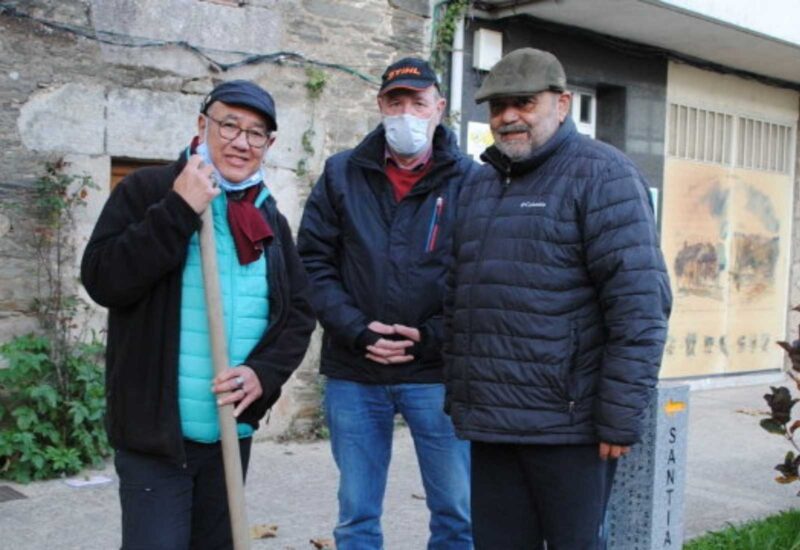 On the occasion of a work trip, he was invited to visit the Rosales Ferrer nursery in Valencia, whose nursery owner is Matilde Ferrer. There he discovered a type of rose that he fell in love with, the Rosa Castell d’Alaquàsa simple, brightly coloured flower, designed to re-bloom throughout the year and capable of surviving the temporary absence of water.

“The rose has a special character,” explains Norman Sinclair.

It is a hybrid a hybrid breed, as the mother is from Seville and the father from California.. The result is a strong and resistant rose that grows on its own and requires no maintenance. It flowers most of the year and is interesting from an ecological point of view, as its large, showy yellow stamens attract bees.

Thus, the nursery gave him two plants of this flower to take back to Germany as a souvenir. As he drove his car back home, the idea of planting the roses at different points along the Camino de Santiago came up.. He put the first rose in a church in Santiago de Turégano (Segovia). “The local people were touched and grateful.“said good old Norman. This prompted him to take the idea home, to equip the Way of Santiago from Osnabrück to Münster with this type of rose..

“The rose could become a symbol of the Way of Santiago.“

In the summer of 2019, Norman got in touch with the Antiquities Commission of the Westphalia-Lippe Regional Association (LWL) in Münster and reported on his idea to plant the Spanish rose along the Camino de Santiago in Münsterland.. He was invited to the workshop of the commission “Pilgrim Ways in Westphalia” and gave a lecture on the rose and his desire to plant it at pilgrimage sites. The LWL was very interested and supported his project. Christened as the “Rosa Peregrina“Today, there are already 350 kilometers of the Way of Santiago in Germany are planted with this flower, and “most of them are in churches, convents or national monuments”.and “most of them are found in churches, convents or national monuments”. 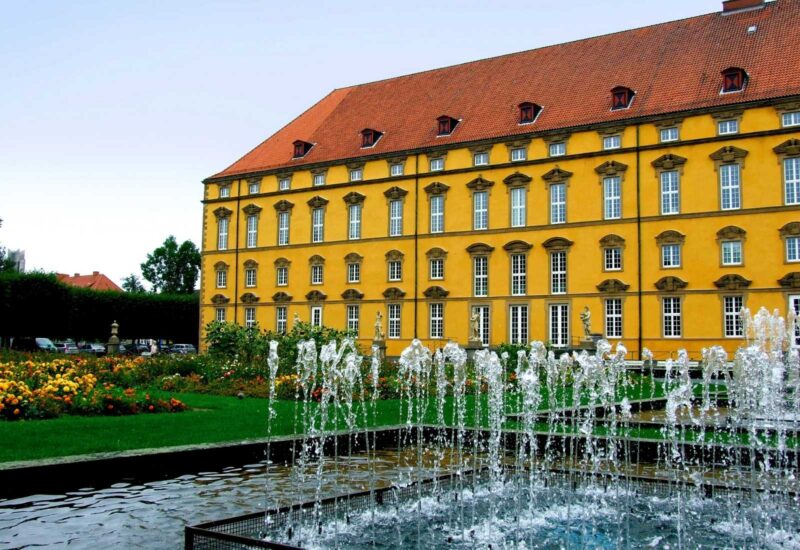 The “Rosa Peregrina” in Spain

However, Norman wants to go further, and always had the always had the idea of bringing the flower to Galicia.. He contacted the Association of Friends of the Way of Santiago of the Sarria Region and is making his dream of twinning Germany and Sarria with the “Pilgrim Rose” along the Way of Santiago come true. In the past week, he has been seen planting flowers in Samos, Teiguín, Renche, Triacastela, Fonfría, Barbadelo, Ferreiros, Portomarín and O Cebreiro.. In the latter locality, he also paid tribute to Elías Valiña planting some specimens next to the statue of the religious man, and, following his example, Norman affirms that “with the roses I am preparing an invasion from Germany.with the roses I am preparing an invasion from Germany.“. 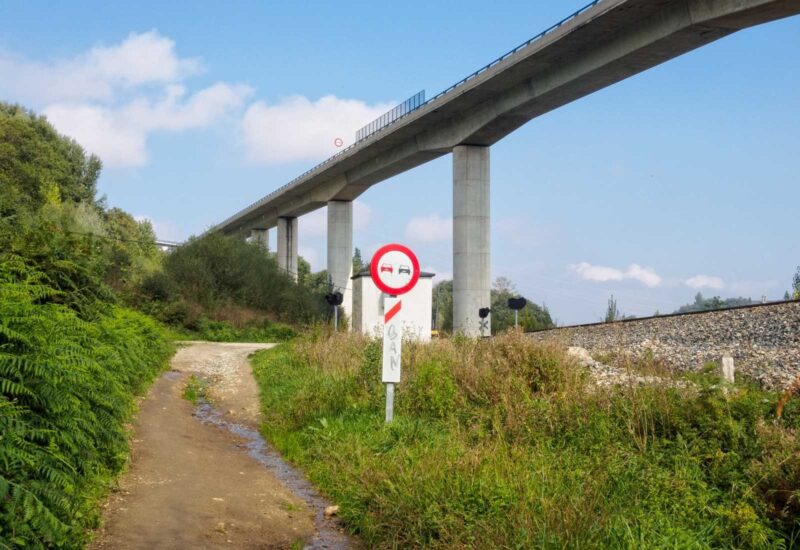 It all starts in Sarria

And so it is, in Sarria begins this “invasion” of the “Rosa Peregrina” (Pilgrim Rose).although the objective is more and more ambitious and wants to reach León and and wants to reach León and, of course, Santiago de Compostela.. Surely this floral network along the Camino de Santiago will grow even more, and Norman also intends to create an “informative network” with the registration of the places where he plants the flowers.

“We unite the whole county for the same purpose.“Jorge López, president of the Association Amigos do Camiño de la Comarca de Sarria, who collaborates with the floral works, assures. Norman says that with this initiative wants to create the “Via Floral”, which will connect Germany with Santiago de Compostela over 2,975 km..

For now, thirty plants have been placed in the region of Sarria, and he expects them to flower next summer.. Perhaps you would like to see them in all their splendor, and for this you can make the French Way of Santiago from Sarria. We’ll be keeping a close eye on how they’re doing and even we will go on pilgrimage  to smell them and enjoy them.