Who was the first pilgrim precursor of the Camino de Santiago?

Today Santiago de Compostela receives hundreds of thousands of pilgrims every year, despite how the pandemic may have affected tourism and the pilgrimage. But it was not always like this, as at many moments in history it was close to disappearance. But beyond statistics and quantities, one of the most common questions among our pilgrims is the following: who was the first pilgrim on the Camino de Santiago? Some people say that the first pilgrim was Santiago himself, but that doesn’t make much sense, because with the pilgrimage it is him who is sought.

For this question there is no sure or concrete answer, since there is a lot of information based on legends, preconceived ideas or traditions, but nothing tangible to corroborate exactly who he was. The following are some of the hypotheses that historians specialising in the Way of St. James have put forward.

José Miguel Andrade, expert on the Camino and professor of Medieval History at the University of Santiago de Compostela, states that “The tradition tells that the bishop Teodomiro informs the king Alfonso II that the body of Santiago was found and the king comes in pilgrimage towards the year 820, becoming the first pilgrim”, in order to corroborate the discovery of the prelate. This journey would also have given rise to the emergence of the first Way, the one known as the Primitive Way of Saint James from present-day Oviedo. This is due to the fact that the Asturian capital was the place where the royal residence was located, yes, but a first problem arises, and it is that there is no document contemporaneous with the facts that validates this theory.Neither of the completion of the route nor of the point of departure in the case of having undertaken the journey, since this crossing is not mentioned until two and a half centuries later, in the Compostela of the eleventh century. 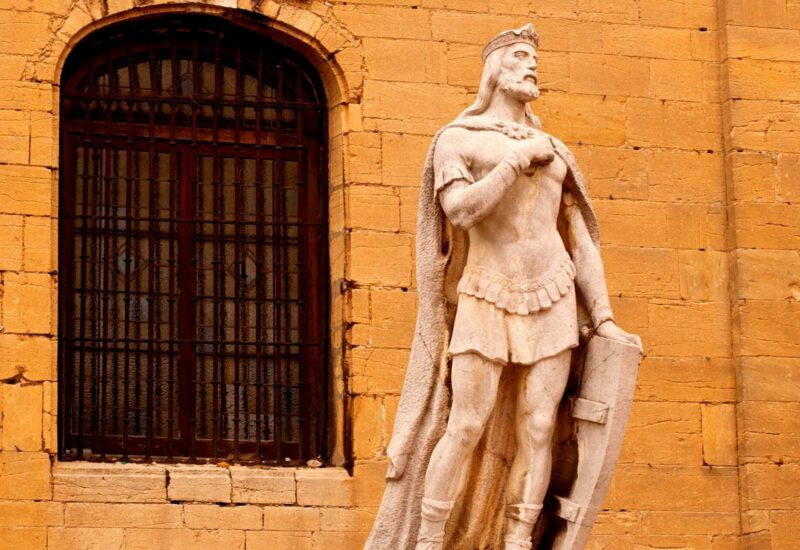 Moreover, if we take into account the life of a king at that time, nothing can assure us that the monarch, if he had made a pilgrimage to Santiago de Compostela, would have done it from Oviedo and not from any other point of the kingdom. In fact, if it is true, it is most likely that the Way undertaken is not the same one that, centuries later, was traced to link Oviedo with Santiago de Compostela, since it is unlikely that such a direct journey would have been made on the map.

As the oldest evidence, there is a record of a German pilgrim cleric who in the year 930 claims to have travelled to Santiago de Compostela. Perhaps less plausible is what he writes in this document, because in it he narrates, after having returned home, how his journey to Compostela was and how, thanks to his pilgrimage, the Apostle St. James cured his blindness. In this sense, the German historian Klaus Herbers assures that at that time “Santiago was known in Germany as a pilgrimage centre”.

The story of Godescalco is a documented and curious one. He, a French bishop of Le Puy en Velay, where the present-day Via Podiense begins, made a pilgrimage in 951 to the See of Compostela with a retinue of many pilgrims. On his way to Santiago it is known that he passed by Pamplona and Logroño, where, curiously enough, it was diverted some 15 kilometres to the south, bound for a new monastery in Albelda (La Rioja), a town taken from the Muslims by Ordoño I king of Asturias in the year 924, a few years earlier.

The reason? To request a copy of a manuscript of St. Ildefonso, bishop of Toledo in the 8th century on the Virgin Mary, which his diocese lacked, of known Marian devotion and in search of Marian liturgical texts. The copy, which today is kept in the National Library of France (Paris) with the rest of its parts, is called the Godescalco Manuscript, as Roger Reynolds, of the Pontifical Institute of Medieval Studies and a pilgrim to Santiago de Compostela on three occasions (more recent in time), points out. 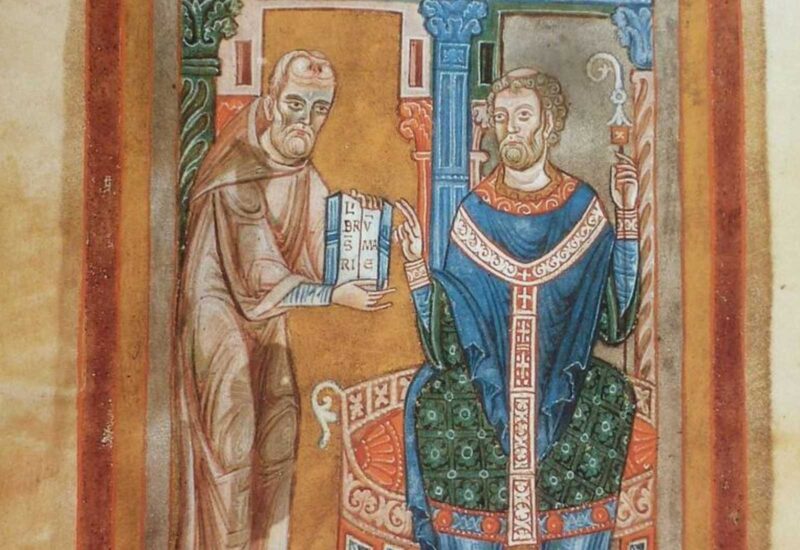 And it is there, in the prologue of the manuscript itself, where the record of this request and record of his journey remains, since it states that he requests it on his way to Santiago, to pick it up on his way back, making clear, this time, the adventure. Therefore, we are dealing with the first known pilgrim whose journey was documented at the time he was making it, which does not mean that he was the first pilgrim either.

The good man of Godescalco affirms that he was born on the day the Apostle ascended to heaven, July 25, when he himself was named bishop. It is seen that he was also very devoted to the Son of Thunder, and he ĺtook a nice souvenir of his visit to the Camino de Santiago.

The Emperor Charlemagne deserves special mention. There is no record that he reached the miter of Compostela, but his story is another of many in which the (later) documents place him on the Camino, in this case as its creator.

Why are such events mentioned in the Codex Calixtinus of the twelfth century, three centuries after his death? Probably, and as was usual at the time, with the intention of linking the discovery of the remains of the Apostle with the monarchy to give prestige to the discovery. But it seems that the story is quite improbable. 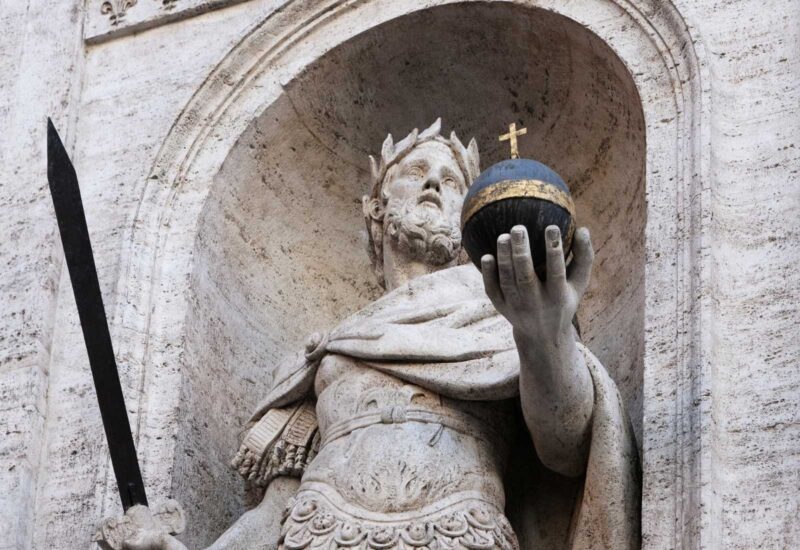 We will continue investigating, but always with documentary certainty.

The history of the Way of St. James and of the first pilgrims to the recently discovered Tomb of the Apostle in Compostela, such as the most widespread, that of Alfonso II, “is a story that is written two and a half centuries after the event. It appears in chronicles and texts of Compostela in the 11th century. Based on that, we know nothing. We don’t even know if Alfonso II ever went to Compostela.”says the French Adeline Rucquoi, member of the Committee of Experts of the Way of St. James.

With all this we can conclude that it is difficult to know exactly who was the first pilgrim on the Camino de Santiago, as it is difficult to contrast certain sources. Is it likely to be Alfonso II? Yes, but it is as probable as it is improbable, so we will have to give the researchers the chance to continue working to clarify one of the great doubts of the Jacobean history. We will continue our pilgrimage through history to find the traces of those who began to forge the First European Cultural Itinerary, will you join us?