The new initiative of the City Council of Pontedeume. The English Way in stages.

The City Council of Pontedeume (A Coruña) launched last Sunday October 24 the activity “.I English Way by stages“, a new project to promote and bring closer this Jacobean route. among its neighbours and is also open to people interested even if they live in another municipality. In fact, the village of Pontedeume is the protagonist of the English Camino de Santiago from Ferrolbecause this historic road passes through it in its first stages. 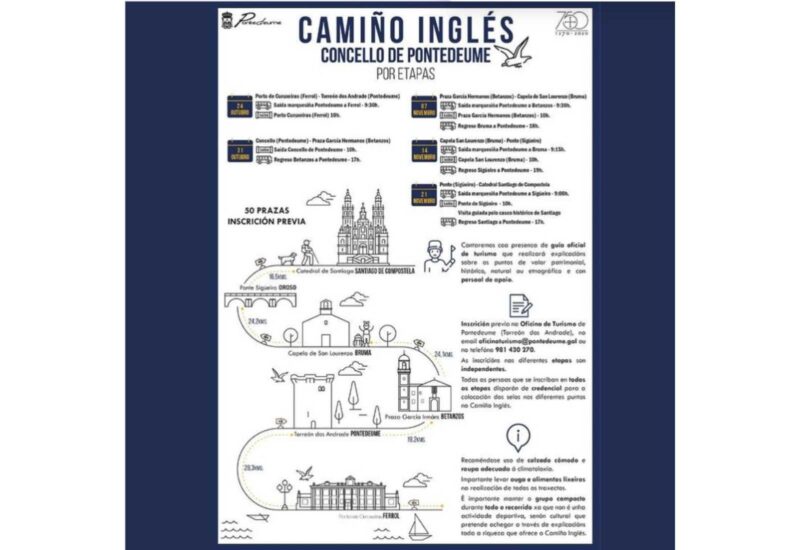 The English Way is a Jacobean route that starts in the coasts of the northern coasts of Galiciabecause this is where in the late Middle Ages the different ships coming from England used to arrive there. (hence its name) with goods and pilgrims. These, in order to avoid a long and dangerous journey to Santiago de Compostela by the The French Camino de Santiago They preferred to make it shorter, although not exempt of dangers, arriving in Galicia by sea, and once on land, start walking to Compostela in a southerly direction. in a southerly direction.

As we have said, in the last few years the English Way has been experiencing a remarkable growth in pilgrim traffic.The institutions have taken notice of this. The Xunta de Galicia intervened on the route in 2017, modifying the route based on historical studies, although this caused some controversy. On the other hand, in 2019 the Association of Town Councils of the English Way. The project is managed by a management body for the promotion of the route and the enhancement of the value of its heritage resources. The Pontedeume City Councilas it could not be of another form, belongs to this association, together with the other fifteen city councils through which the route runs. 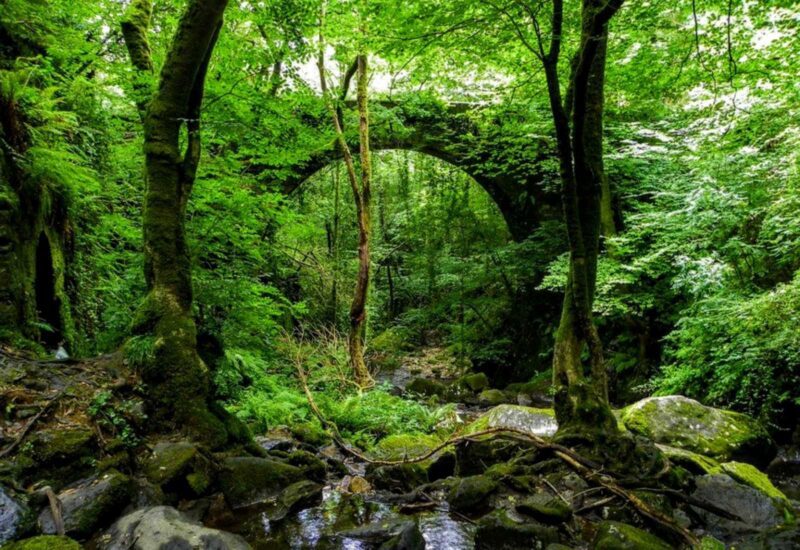 Thus, from the Department of Tourism of the City Council has been launched for the first time this “.I English Way in stagesThe “Route of the Route”, as an initiative of promotion and approach of this route to the citizenship. It is necessary to register in advance, which is free of chargeand should be done by contacting the Pontedeume Tourist Office. Nevertheless, the proposal has been very well received and very successful, and the places were filled very quickly, although there may be some last minute withdrawals.although there may be some last minute cancellations.

“The aim is to promote and bring the English Way closer to the citizenship.”

She herself, with the support of the Tourist Office of Pontedeume and Civil Protection, as well as the advice and participation of an Official Tourist Guide of Galicia, has walked the 29 kilometers between Ferrol and Pontedeume. 29 kilometers of the first stage, between Ferrol and Pontedeume. The neighbours of the English Way are very fond of their route, and in addition to the added value of having a guide and logistical support.The City Council provides a bus for transfers to and from the start and end of the stage.

The first stage of the English Way

Yesterday morning, Sunday, October 24th, the group of pilgrims arrived in Ferrol in his private bus around 10:00 a.m., under a heavy rain that fortunately subsided within the hour. The official reception of the group took place at the Pilgrim’s Assistance Office located at the beginning of the English Way from Ferrol, in the port of the departmental city.. There a raincoat and a water bottle were given as courtesy of the City council of Pontedeume, and then the guide gave the credentials properly sealed and gave some explanations about the route.

After leaving the city, the group arrived at the Pilgrims’ Shelter of Nedawhere they stamped the credential and enjoyed a picnic in the sun. They then resumed their journey, passing through Fene y Cabanas to finally arrive to Pontedeume, through its historic bridge over the river Eume, where they put the seal of the end of the stage. 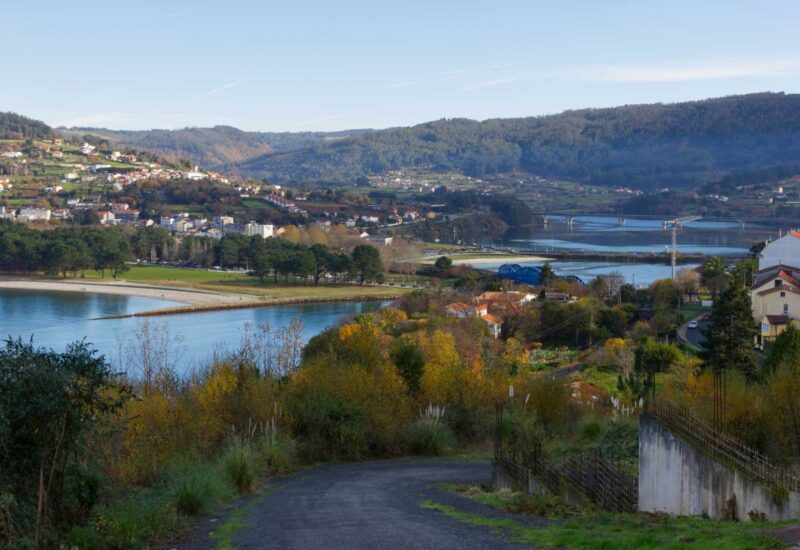 This type of initiatives have been done by other town councils or associations, and in the different paths. We believe that public institutions have a great responsibility towards their citizens, their heritage and their tourism.and the Camino de Santiago is a tourist resource of great heritage value and that should be put in value and brought closer to the people, the pilgrims, who after all we are the ones who give it meaning.

Our most sincere congratulations to the City Council of Pontedeume, because they, as we always doalso want to make make the Camino de Santiago easier for you.