A real challenge that will leave you cold. Alberto Cacharrón and his Camino Blanco

We start the year with a powerful news, because we want to introduce you to a pilgrim who is doing a very special Camino de Santiago, linking Latin America with Europe. After years of preparation, the experienced pilgrim Alberto Cacharrón is beginning his pilgrimage in Latin America through the southern cone, hoping to complete his journey in this exceptional Holy Year 2022. Shall we travel with him on this intercontinental pilgrimage?

It all started over coffee and jokes

In 2015 the Spanish Federation of Associations of Friends of the Camino de Santiago (FEAACC) held a follow-up meeting with the National Geographic Institute (IGN) focused on the. mapping of all the Jacobean routes in national territory, with the aim of collecting all the Pilgrims’ Roads to Santiago and editing a map that would include all of them. As a joke, it was commented that there was still some territory to be included, in reference to the Spanish Antarctic Base (BAE) “Gabriel de Castilla”. 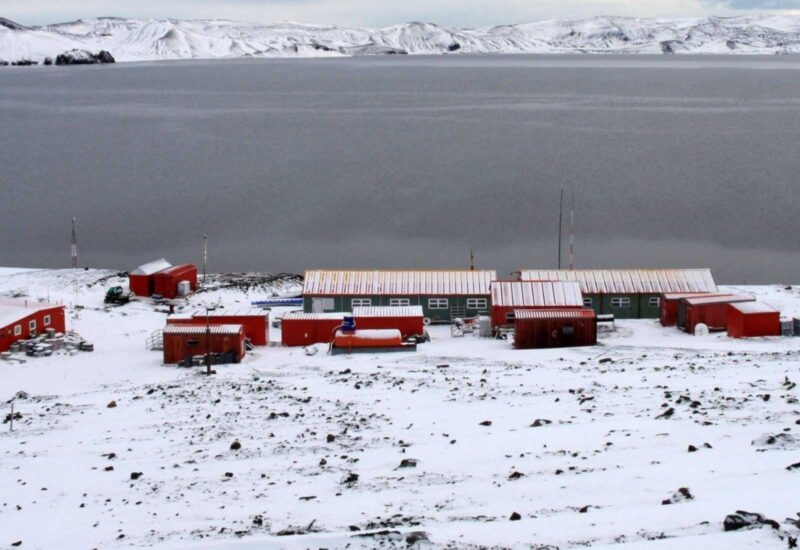 José Luis Álvarez “Josechu”, member of FEAACC and friend of Alberto Cacharrón, took advantage of his condition of ex-marine of the Spanish Navy and used his contacts among his military colleagues, among whom there are some pilgrims, to help him in his intention, which was none other than to include on the totem pole with distance signs located at the BAE on Deception Island, South Shetland Islands, the distance between that island and Santiago Cathedral.

After obtaining all the necessary permits, In 2016, the placement of the Jacobean sign was allowed, and not only that, but the crew of the Oceanographic Research Vessel “Hespérides”, together with a group of military and scientists, once back in Spain at the end of the annual Antarctic campaign and after sailing some 7,600 nautical miles (only about 14,075 kilometers), they thus created the Camino de Santiago Blanco Marítimo. Later, already in the peninsula, they moved to Pontevedra, from where they made the pilgrimage to Santiago de Compostela via the Portuguese Way of St. James. 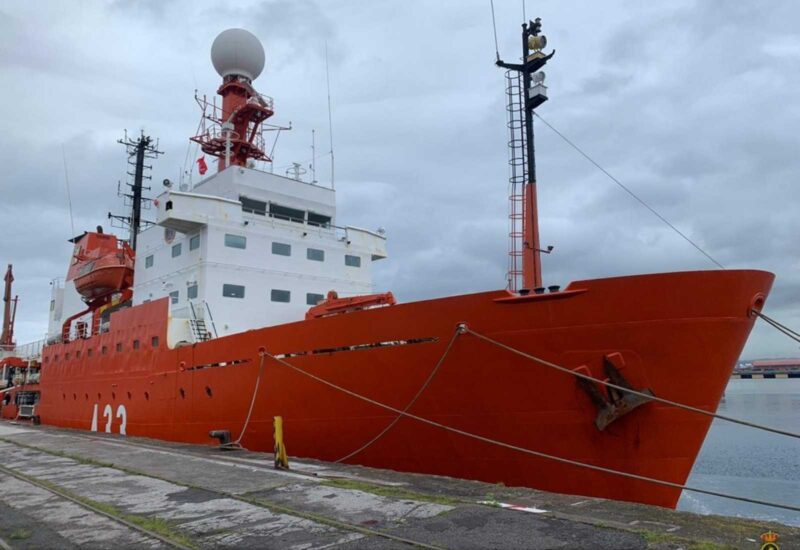 The insatiable Alberto enters the scene

Alberto Cacharrón, a pilgrim and writer from Ourense , a pro adventurer and pilgrim who knows the entire Iberian Peninsula and its roads, nothing can stop him, not even the Covid-19 virus, as his PCR has been performed with negative results. On January 10, 2022, it flew to Buenos Aires, and from there to Ushuaia, the southernmost continental city on Earth. 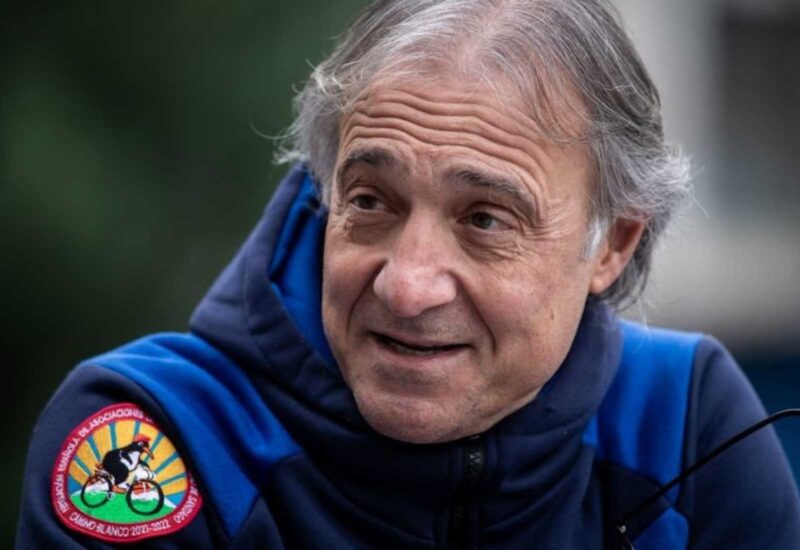 Well, his challenge is to extend this Antarctic Jacobean route and turn it into the Camino de Santiago Blanco Terrestre, which he will do alone and by bicycle, linking Ushuaia with Buenos Aires and Montevideo (some 3,600 kilometers). Not only that, but he will also travel other stretches in Brazil, creating the Camino de Santiago Verde, and in Chile, along the Camino de Santiago Andino, always, in his words, “following the same principles as the ancient pilgrims: avoiding the most dangerous areas and the longest routes”. Once in Montevideo, he will embark for Europe, where he will probably disembark in Lisbon and travel the last 600 kilometers to Santiago de Compostela, although this is not yet a definitive detail. What is certain is that it will certainly reach Santiago de Compostela.

“I face this challenge because I have always been attracted to the world of adventure, history and the Camino de Santiago, three things that come together perfectly in this Camino Blanco,” says Alberto.

The project, which has taken years of preparation and study, is supported by the FEAACC, the Xunta de Galicia, their loved ones and pilgrim friends, as well as sponsored by the Ourense company Coren. Right now Alberto’s pilgrim material and bicycle are in Deception Island, and he is flying to the start of his pilgrimage, to undertake this challenge of approximately 16,000 kilometers, which he is expected to complete on March 21, 2022. We will follow his pilgrimage, which links America and Europe, on his Instagram account @capitanplanitos, as well as on his blog.

What a New Year’s resolution!

Yes, this Holy Year 2022 is off to a strong start, where quitting smoking, going to the gym or saving money are very valid and ambitious resolutions, but they cannot be compared to an intercontinental pilgrimage along the Camino de Santiago Blanco like this one, which is not very common. We have known many cases of long pilgrimages We have seen many pilgrims from other continents on the Camino de Santiago, but until now we have not witnessed these continental extensions of the First European Cultural Itinerary. We will keep a close eye on Alberto, and we want to share with you the passion for the Camino de Santiago that, like us, this determined pilgrim also shows.

Have a nice walk penguin!