The Way of Saint James from home with “A paradise on the way”.

Once again we have to dust off the red carpet and present to you all a new audiovisual production about our route, the Camino de Santiago. The Asturian actor Javier Gutiérrez presents us in a miniseries all the goodness he finds in his pilgrimage through the six chapters that make up “A paradise on the way”, a pilgrimage by episodes in which the award-winning interpreter presents us his most pilgrim Asturias.

The Way of St. James in Asturias, a powerful pilgrim’s paradise

Javier Gutiérrez wants to introduce us to the paradise that is his land, Asturias, and “the inexplicable strength of the Camino de Santiago, capable of making a guy like me do more than 20 km a day”. And he has done so, as we can see in the miniseries that stars under the title “A Paradise on the Road”. 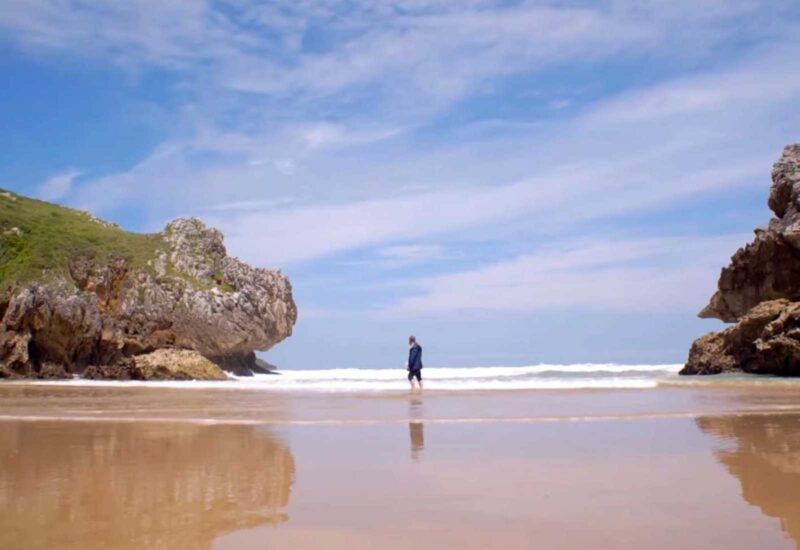 On October 14, 2021, this production was released on the YouTube channel of the newspaper El País. Composed of six episodes of a duration of eight minutes each, after the sixth and last one, aired on December 23, 2021, we have been witnesses of Javier Gutiérrez’s pilgrimage along the Jacobean roads in Asturias, with a mixture between the Primitive Way of Saint James and the The Way of Saint James of the North.

The actor, born in Luanco (Asturias), embarks on this adventure and narrates it in first person, although it is a promotional campaign for tourism in the Principality of Asturias through this branded content production. The idea, developed by the Spanish subsidiary of the media agency Wavemaker (WPP) and with the collaboration of other production companies, tries to reactivate the promotional campaign that aims to position Asturias as a benchmark for wellness, quality of life and sustainable habits.

As the actor states, “The road brings out the best in you, good humour and an overflowing energy that has a lot to do with spending the whole day on the move. Exercising in the middle of nature cheers you up a lot more”.. In addition to enjoying active tourism, the actor, winner of two Goya awards for “La isla mínima” (2014) and “El autor” (2017), enjoys the forests, meadows, beaches and heritage that he finds along the Asturian pilgrimage routes, which also serve as a rest after a year full of filming. “I disconnect from the world and only pay attention to enjoy the environment”, and adds that doing the Camino de Santiago is a great way for me. “It’s like going to a psychologist. Now it is very modern for everyone to talk about the mindfulness but this concept was already practiced by pilgrims centuries ago. Indeed, on several occasions we have spoken of the healing, curative and therapeutic properties of the Camino de Santiago, and this time it is the good Javier who proves us right again, as well as the stories stories of so many other pilgrims.

Walking between 15 and 30 kilometers a day, a challenge (a priori) for him, he covers the distance between the coastal town of Bustio, on the border with Cantabria, to the capital of the council of Allande, Pola de Allande, thus covering the East and West of Asturias between sea and mountains. In one of the chapters he faces a queen stage, with the ascent to the Puerto del Palo and the subsequent descent of almost 600 meters of unevenness; it is not surprising that this section is called “The leg-breaker”, as one of the pilgrims that our famous pilgrim encounters explains. 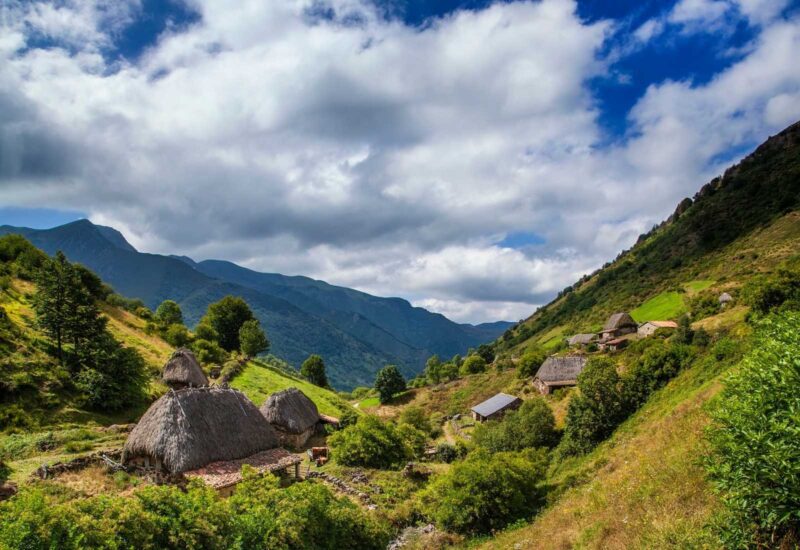 Besides showing us all the natural and patrimonial charms of Asturias, we can savour with him its gastronomy, as for example in the chapter where he stops to eat, according to his words, in “an oasis in this hard stage”, an exquisite and replenishing Asturian stew. He will meet Asturian personalities and pilgrims during his adventure, such as the chef Esther Manzano, the publicist and pilgrim Paco Nadal, the cyclist Chechu Rubiera or the lawyer Manolo Hernández, with more than a hundred pilgrimages to Santiago de Compostela on his feet, among many others. He will also find himself, because in Grandas de Salime he will remind us of his origins in the Ethnographic Museum of Grandas, to say goodbye to us in the mythical Mirador de la Ballena. A very spiritual path and experience for him.

“I don’t believe it myself”

More than 100 kilometers walked in which our Javier achieves his goal: to find tranquility and reconnect with himself. To us it gives us the whole Asturian heritage and landscape, with its people, its monuments, its panoramic views and its gastronomy. Very good experience, so much so that the actor himself promises himself to also walk the Camino del Salvador, another important pilgrimage route that ends in the Asturian capital, Oviedo. We will have to keep an eye on Javier and his adventures.

In the meantime, remember, you have available on the YouTube channel of El País these beautiful six Jacobean stages in Asturias, “Un paraíso en el camino” with Javier Gutiérrez, that you can enjoy from your favorite armchair and will surely inspire you for your next Camino de Santiago.