The Camino del Ebro is not as popular as the French Way, however, it is a route of great beauty in which we can enjoy the company of the Ebro River during the whole Camino. It is worth mentioning that we will also find a lot of Roman vestiges that are proof of the numerous Roman settlements that existed in the past. If you are still not sure which route to choose, we recommend you to read: Which Camino de Santiago to choose?

This stage is 22 kilometres long and can be covered in about 5 hours. It should be noted that it is a very flat stage, which will not tire us excessively at the beginning of the journey. To emphasize the locality of Poble Nou del Delta, in which we will be able to see a quite pretty lagoon.

In this stage we will find a longer route, as it has about 28 kilometers. This means that the time it will take us about six and a half hours.

This is a stage in which we will have to keep a close eye on the road to avoid getting lost. The scenery, frankly, is not much in this part of the route.

This stage is quite short, as it only lasts 14 kilometers, so in about 3 hours we will have finished it. The route is quite flat, if not completely flat. We will visit the towns of Tortosa, Roquetes, Jesús and Xerta. 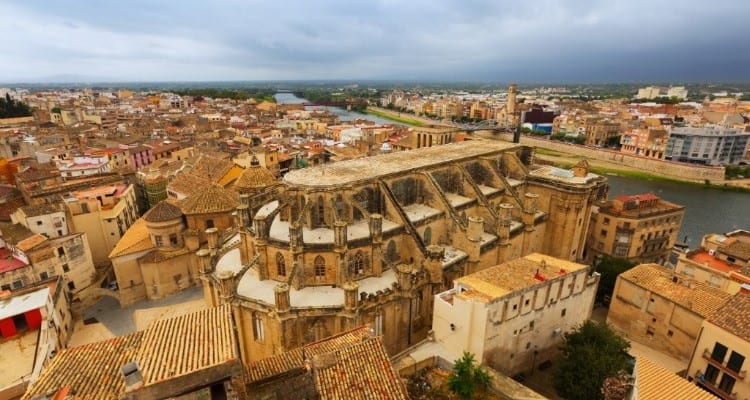 This part lasts longer reaching 27 kilometers. The duration is about 6 hours, approximately. It is one of the hardest stages as the difference in altitude is quite significant. However, the stage will reward us with some beautiful landscapes. Among them, we can highlight the gorges of the river Canaleta.

In this stage we will cover about 30 kilometers, but, unlike the previous stage, the slopes are not so steep. For this reason, with about 7 hours we will have plenty of time to walk it.

Starting in Gandesa we will arrive at Batea, where we will be able to see the Creu Coberta, a cruiser that was destroyed in the Spanish Civil War. Arriving to Fabara we will leave Catalonia and we will arrive to Aragon. Surely you will be interested is What shoes to wear to do the Camino de Santiago?

With 21 kilometers we are facing a very easy stage, however, it should be noted that there are few possibilities to get food and drink. For this reason, it is advisable to go out well prepared. Also, be careful with the traffic. To get the full experience of this stage, a visit to the Roman mausoleum of Fabarais a must. 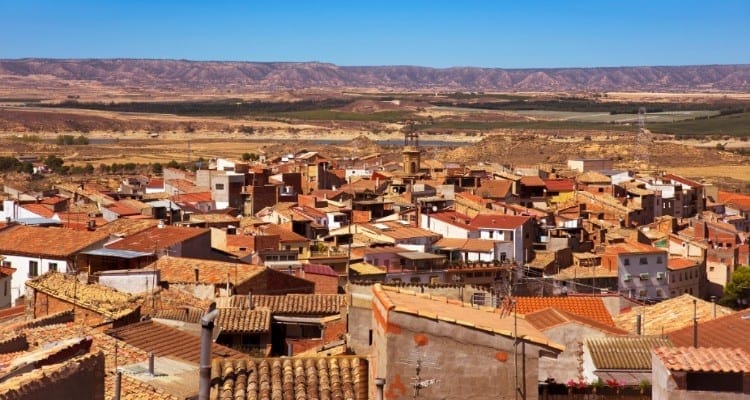 With 30 kilometers we begin to glimpse the halfway point of the route.. This stage will take you a few 7 hours. In this section of the route there is not much to see so it is recommended that you prioritize rest to face the rest of the stages fresher, as these are more interesting.

In about 7 hours we will manage to complete the 32 kilometers of this stage. Starting from Escatrón we will begin an interesting stage both from a scenic and cultural point of view. We will be able to see, for example, the Monastery of La Rueda. In Alborge we will be able to observe a peculiar landscape that stands out for its charm, its mystery and its views.

The 29 kilometers of the route will be short, although it will take us about 6 hours and 45 minutes to finish it. Note that being such a flat stage it can be a bit boring. In Fuentes del Ebro we will be able to see the parish church of San Miguel Arcángel, which is of Gothic style.

In Burgo de Ebro we can see the archaeological site of La Cabañeta.

It is a short stage (just 18 kms) so in less than 4 hours and a half we will have finished it. In La Cartuja Baja, which is a neighborhood of Zaragoza, we can see the Cartuja de Miraflores, which is quite famous.

In Zaragoza you must visit the Basilica del Pilar, where you will find the Pilarica (the patron saint of the Aragonese). The church is of baroque style and is considered one of the oldest Marian temples in the world.

In Zaragoza you can also see the churches of San Pablo, San Miguel or San Felipe. A top city. 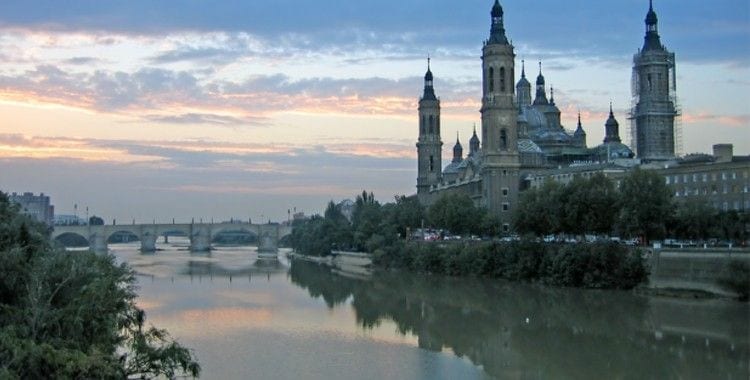 With almost 29 kilometers this route will take you about 7 hours and a half. It is an easy route, as almost the entire route is flat. In Alagón we must visit the church of San Pedro Apóstol, which is of Mudejar style. You can also visit the convent of San Antonio.

This stage is only 21 kilometres long. In Gallur we can find the church of San Pedro, which is in neoclassical style. It is also worth mentioning the house of the Espuny family, which is very famous for faithfully representing the style of the modernist mansions of the early twentieth century.

This stage is quite long (36 kilometers) so it will take you about 9 hours. It is, therefore, a tough stage. In Tudela we will be able to see the Cathedral of Tudela that is placed between the Romanesque and the Gothic. In addition, we can see the Gate of Judgement, the church of St. Nicholas and the Dean’s Palace. A very important city for Navarre, as it is the second most populated.

In 6 hours we will have completed the 24 kilometers of this stage. This stage stands out because in it we will find the fountain of the Roman Nymphaeum, which is a national monument. In addition, we can also see in Alfara the collegiate church of San Migue, an exceptional example of the baroque style.

This stage is only 25 kilometers, so the end of the route will not be hard. We are just about to reach the end of the Camino del Ebro. In Calahorra we can see the Arco de Planillo and the Cathedral of Santa Maria, which is in Gothic style, and is particularly beautiful. 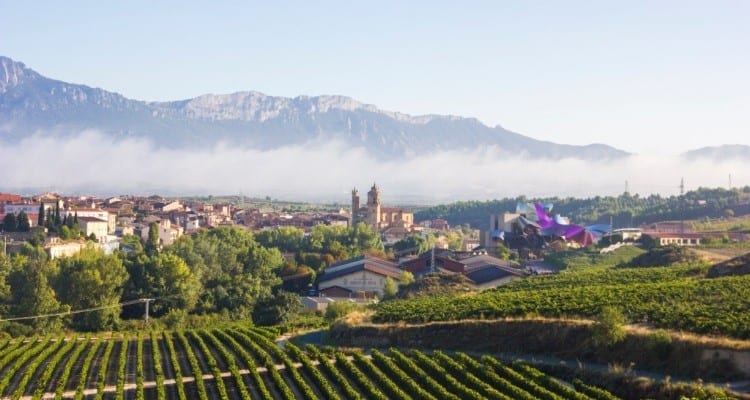 We reach the penultimate stage, which only lasts about 5 hours spread over 20 kilometers. In this stage we can visit the church of Santa María de la Asunción, which is in Romanesque style. We can also see the Puente de los Moros (Moorish Bridge).

Although the penultimate stage is short, the last one is not, but not at all. To say goodbye to this route we will have to cover 32 kilometres in about 8 hours and a half. However, it will be worth it because in Logroño we will be able to enjoy not only the wine, but also monuments such as the cathedral of Santa María de la Redonda. We can also see the Fountain of the pilgrims and among others, the Church of Santa Maria del Palacio, which is of Romanesque style.

At Logroño we will finish one of the best routes to Santiago de Compostela in Spain, although it is not as popular as others.