Surely we have heard about the Cantar del Mío Cid or Rodrigo Díaz de Vivar, the famous Cid Campeador. This song tells the story of this famous 12th century knight, his adventures and exploits throughout Spain. From the same book, as they detail the places where he walked, a rather curious itinerary was created to be able to go through it as The Camino de Santiago. A trip to Spain following the episodes that appear in the book, passing through the lands of Castilla y León, Castilla La Mancha, Aragón and the Valencian Community. The Way of the Cid.

This Spanish knight was born in Burgos, specifically in Vivar del Cid, the town from which this route will start until it reaches the territory he conquered from the Muslims in Alicante, precisely in Orihuela. It is a historical and literary route that will take us through places that have been declared World Heritage Sites as well as points that coincide with the Camino de Santiago along the French route.

Steps of the route

The Camino del Cid consists of about 2000 kms in total, the routes are usually 50 to 300 km long and are joined one after the other. The itinerary can be done either by road if we decide to opt for the car or motorcycle, or through roads and trails if we choose to go on foot or by bicycle.

Within the original itinerary there are other smaller routes that start from different points. These themed tours are called “rings” because they start and start at the same point. There are also “branch roads”, which are deviations made in the route for historical reasons. This time we will focus on and explain the five stages into which the original section is divided. There are five posts that reflect the different episodes narrated in the “Cantar del Mio Cid”. 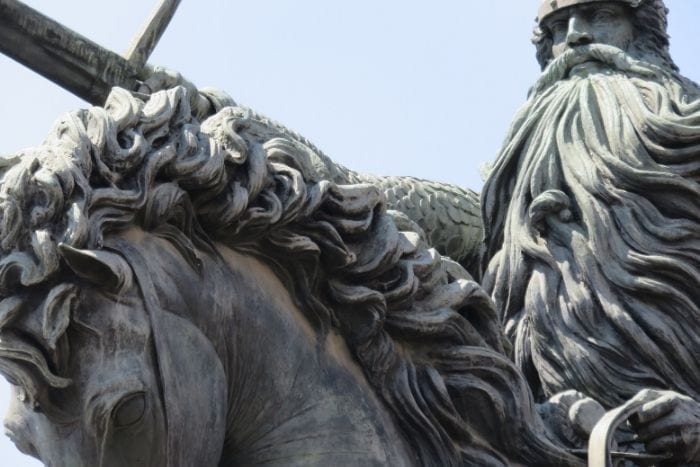 The first of the routes of the Camino del Cid, which is about 285 kilometers long and runs along dirt and mountain roads. Like the Camino de Santiago are divided into stages, approximately 14 or 15 making the journey on foot but by bicycle is also possible but in fewer stages.

The starting point as we have said before will be in the birthplace of the Cid, Vivar del Cid reaching Atienza, in Guadalajara. This route tells the story of the exile due to King Alfonso VI. When he was expelled, Rodrigo Díaz de Vivar left Castile with his family and some knights. With a deadline set, El Cid must leave his family in the monastery of San Pedro de Cardeña and on the way try to recruit new knights. During this part of the Song there are also other poems like the Affront of Corpes. It will be one of those deviations from the Camino. Although historically he leaves Castile in the Sierra de Pela, and ends up in Muslim territory, we will begin in his hometown as we said before. 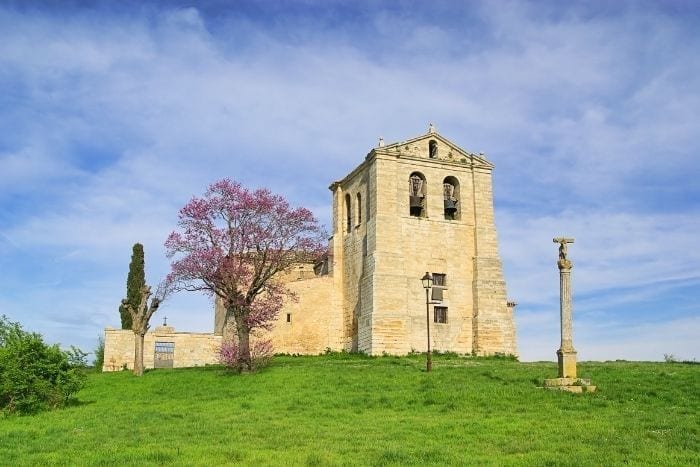 The second route consists of 267 kilometers divided into 12 stages. Within this route we have the possibility to travel about 80 kms more if we choose to make the branch, specifically the one of the Algarada de Álvar Fáñez, it would obviously consist of more stages. The route starts from Atienza to the monastery of Santa María de Huerta, in Ateca (Zaragoza). We will pass through the Sierra de Guadalajara or the Natural Park of Barranco de Río Lobo.

We will leave Atienza, following the route of this second section that continues through points that marked the borders between Muslim and Christian lands. This second section of the route of the Camino del Cid continues along the points that then marked the border between the Muslim and Christian domains. A territory where the Cid Campeador began to forge his warrior legend. It starts in Atienza (Guadalajara) and ends in Ateca (Zaragoza). After the victory of one of the strongest battles of the Cantar, the Cid is gaining his fame as a warrior as he approaches Valencian lands. We are at the halfway point of this route, with a total of 289 kilometers to travel, about 14 stages. We will pass through the provinces of Zaragoza, Guadalajara and Teruel. As we explained before there are branches and rings, well, in this route we will find two rings. One of them is 47 kilometres long starting from Daroca, and the other one is the Montalbán ring leaving from Luco de Jiloca.

In this third route we will leave Ateca to get to Cella in Teruel.. According to the Cantar we will follow the steps of the Cid when he managed to gather his army and was able to enter the Arab kingdoms (taifas). In this part of the poem there are four essential landmarks El Poyo del Cid, in Teruel, Molina de Aragón, in Guadalajara, Albarracín, in Teruel, and finally Cella, point in which he gathered those he would like to conquer by his side Valencia

Section 4. The Conquest of Valencia.

A stretch of 245 kilometres, 12 stages on foot. Leaving from Cella we will arrive to Valencia. Inside it we can find two rings and a branch, that we can make or not. The two rings are the one of Maestrazgo and the one of Morella, on the other hand the branch of Castellón of 48 kilometres along the coast between Sagunto and Castellón de la Plana.

From Cella the Cid set out, and before leaving he said that whoever wanted to surround Valencia with him should wait for him in Cella. There he would gather his army. A journey in which we will follow the steps of his most famous feat, the capture of Valencia. El Cid took Valencia on 15th June 1094 after a tough trial. Section 5. The Defense of the South.

Although we believe that the route of the Cid Campeador ends with the Conquest of Valencia, this is not so. The Cantar does not end here, the surroundings of this city and this city itself are the scene of battles and reconquest. It runs along 244 kilometers, about 10 or 11 stages on foot, through the lands of Valencia and Alicante. We will go from the city of Valencia to finish in Orihuela.

During this part of the Cantar, the route shows us the conquests and buildings erected by the Cid because of the defence of the territory he conquered. Successive battles were fought in these territories with the desire to recover the city. El Cid Campeador also died in Valencia, with the title of prince of the city in 1099.

There are different ways to do the Camino del Cid, either by bike, car, on foot, or even on horseback. On this occasion we wanted to explain the stretches on foot since the Cid Campeador also made the pilgrimage to Santiago.. Also from Burgos we can follow the famous yellow arrows to get to the Cathedral. The route can be done the other way round, or even link the first route with the Camino de Santiago by the French route.