The Way through the Pyrenees. The Catalan Way of Saint James

Many are unaware of the infinite number of secondary routes that lead to the 7 Ways that end up arriving in Compostela. But what exactly do we mean by the Catalan Way? Should I cross the Peninsula on foot? Far from it, it is not a Way that communicates different points of the Catalan coast with Alcarrásfrom where it continues through Aragon until it joins the French Way in Montsó and Jaca. It is a less travelled and less known route, but not for this reason undeserved.

In addition, this route offers something more for anyone who is already a veteran on the Camino, and that is that it provides diversity. It is normal that if you have already done the Camino a few times, you want to see a different landscape and not always the greening of the North. One option to cross the Catalan territory is to follow this route of the Camino.

For this reason, starting the Catalan Way of Saint James either from Barcelona or from Sant Pere de Rodes can give you a different perspective of the Camino de Santiago, as the Mediterranean will bring a completely different perspective to your experience. In addition, one of the peculiarities of this route is that it is quite well signpostedso you won’t have any problem to go through it. In any case, we recommend that you follow these tips to do the Camino well.

Stages of the Catalan Way of Saint James

According to the Jacobean tradition, the pilgrimage begins at the door of one’s home, and this path is truly faithful to it. So much so that there are two variantsOne comes from the north coast of Catalonia, Sant Pere de Rodes, and the other starts from Barcelona. We will take as a starting point the place where are located, Montserrat A place of great religious and sentimental importance for the Catalans. We will continue to Alcarrás, from where it enters the Community of Aragon crossing the Monegros desert to join the French Way in the province of Huesca, specifically in Jaca or Montsó. Here are the stages: 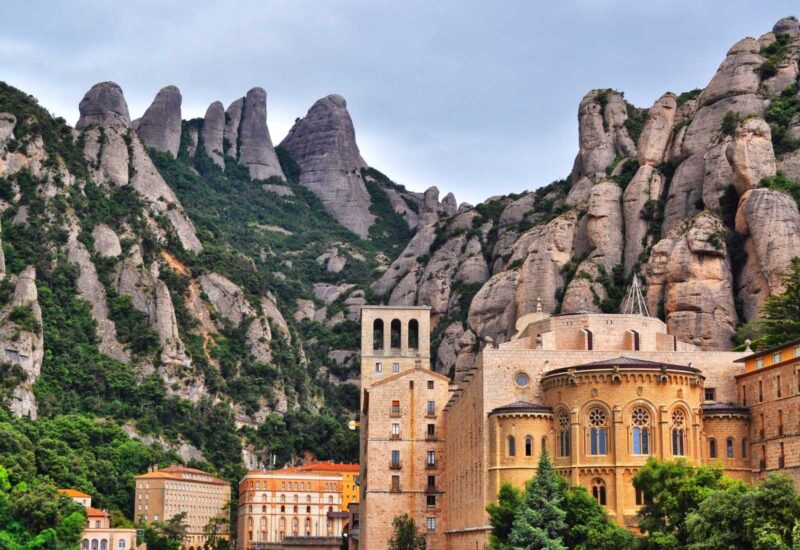 The stage begins in Montserrata mythical mountain in Catalonia, also declared a Natural Park the city, which stands out as one of the great spiritual centers of Europe. The 26.3 km that separate Montserrat from Igualada will allow you to enjoy a large part of the land that occupies this jewel of nature. You will pass through towns such as Sant Pau de la Guàrdia o Castellolí. Once in Igualada, our advice is that you take advantage of your stay in this city to visit some of its main attractions, such as the Portal de la Font Major the Leather Museum or the traditional district of El Rec.

22,5 kms of distance between Igualada and La Panadellawhere you will be walking along the Anoia riverThe route practically does not separate from it. This is not the most beautiful stage, nor is it the hardest, so we recommend that you stop in the small villages you will pass through to enjoy the atmosphere of the Rural Cataloniasuch as Jorba o Santa Maria del Camí. The final stretch is the hardest part of this stage, since you will climb up to the La Panadella passa mountain pass that divides the basins of the rivers Llobregat y Segreat an altitude of 710 m. We recommend you to see the remains of the Panadella Tower from the 19th century. 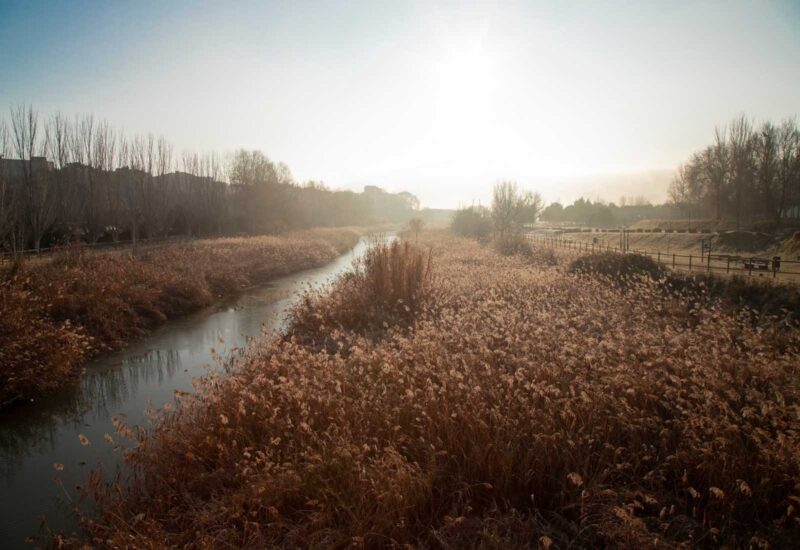 Leaving behind the river Anoia you will now walk along the riverbed of the Ondara river. Through its valley you will discover villages and towns such as Sant Pere dels Arquells, Cervera o El Talladell. This is a slightly longer stage, about 28.6 Kms, and although it is not excessively complicated, we recommend you to face it with enough time. Therefore, it is best to get up a little early and start as soon as possible to avoid the worst hours of sunshine.

Very simple stage. 23,9 Kms that will allow you to discover small towns in the interior of Lleida such as Tornabous, La Fuliola o Remei Castle. Near the route you can visit the Iberian City of Molí d’Espígol or the Lake of Ivars i Vilasana
. The natural wealth and heritage of the area will be good allies for your route or to enjoy a pleasant afternoon after the end of the stage.

The next stage gets a bit more complicated, mainly because of the distance you’ll be traveling. There are 29,8 Kms that although they do not have big slopes, they can be long and tedious.

In this stage you can learn about the architectural heritage of the past in Castelló de Farfanya through the ruins of its castle, or as the Church of Santa Maria or the Formós Castle at Balaguer. 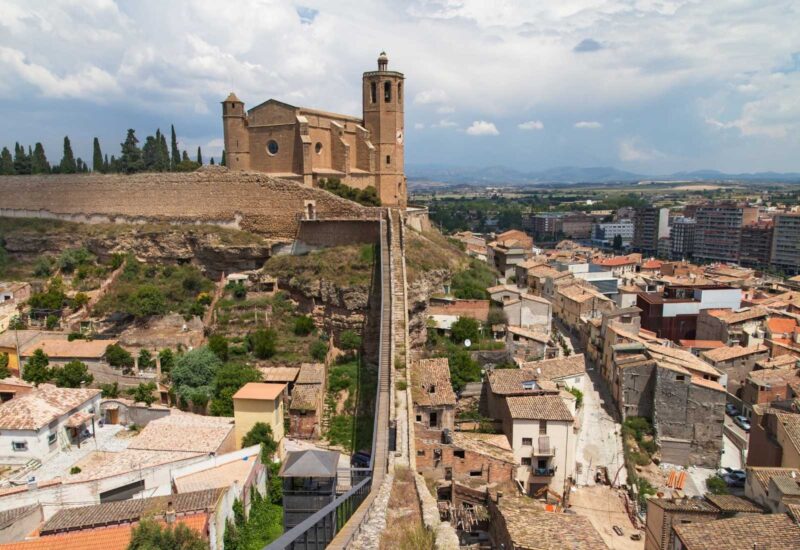 Only 7,3 Kms separate you from the end of your Camino in Catalan territory. From there the route gets lost in the middle of the Monegros desert until it reaches the area of Jaca. Although up to now the route has been simple, once outside Catalonia it becomes more complicated due to the climate and the scarcity of towns and services that you can find in the desert area of Monegros, so we will limit ourselves to expose only what refers to this route within the Catalan territory itself. It is a landscape of dry land dedicated to agriculture that you can discover in the stretch that still runs through Catalonia, the a prelude to the desert of Monegros before this Way joins definitively with the French Way at the height of Jaca, in Huesca. 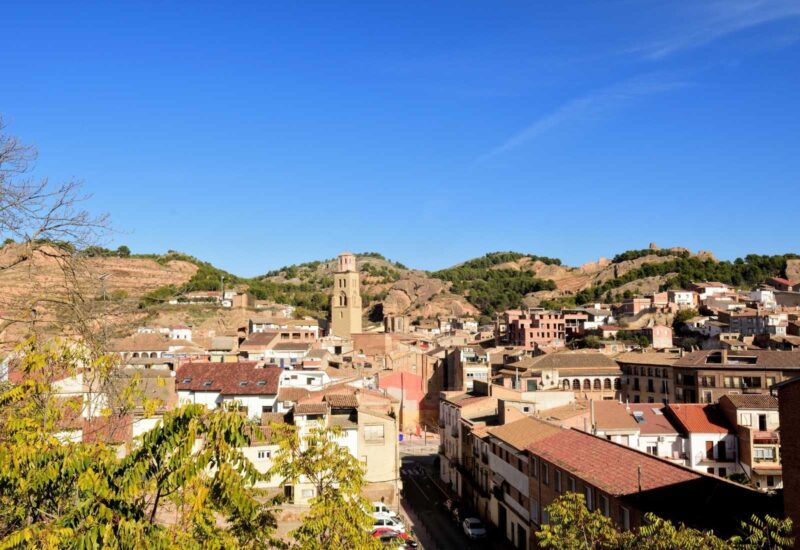 Just like all the other routes that go to Santiago de Compostela is signposted with yellow arrowsand with the so-called pilgrim’s shell thanks to the Association of Friends of the Pilgrim’s Way to Santiago, especially since 1996. Nowadays both the signposting and the infrastructures have improved a lot for the pilgrim, so it is more and more known for those who decide to do it on foot or by bicycle.

As for accommodation, along the route you will find hostels both public and public and private and in the most notable cities you will be able to stay if you wish in hostels and pensions and even in hotels. Remember to wear the credential if you plan to stay in the public hostels. If you haven’t got it, at the beginning of your journey you can get it at the headquarters of Friends of the Pelegrins to Santiagoof the Archbishopric of Barcelonain the Church of Sant Jaume or in the Church of the monastery of Sant Pau del Camp.

Lastly, we would like to give you some advice before embarking on this adventure. The first of them is the choice of time of the year to do this Camino through the Catalan territory. It is advisable that this route is done in spring or autumnbecause in summer it will be too hot and in winter the temperatures drop indoors.

Secondly, we must plan well the stages and make sure of the time we have if we want to get to Santiago de Compostela. The point is not to do it in the shortest time possible, but to enjoy this adventure. Plan well the arrival points and get information about the accommodations where you have the possibility to stay.

Third and last, prepare your backpack well or if you’re cycling your kit for this trip, better safe than sorry. Maybe what to take on the Camino de Santiago on foot o by bike can help you.

If you dare after reading this post to do this beautiful way, we wish you ¡Buen Camino!