Discover the history that links the Goose Game and the Camino de Santiago!

Surely some rainy afternoon or some tedious Sunday you have occupied them playing card games or board games such as Parcheesi, chess, checkers or goose. The latter, the Game of the Goose, has a mysterious origin and, moreover, is related to the Camino de Santiago. In fact, by rolling the dice and moving from square to square you are making a pilgrimage to Compostela in a round trip, through a symbolic map whose meaning we are going to start with in this article. 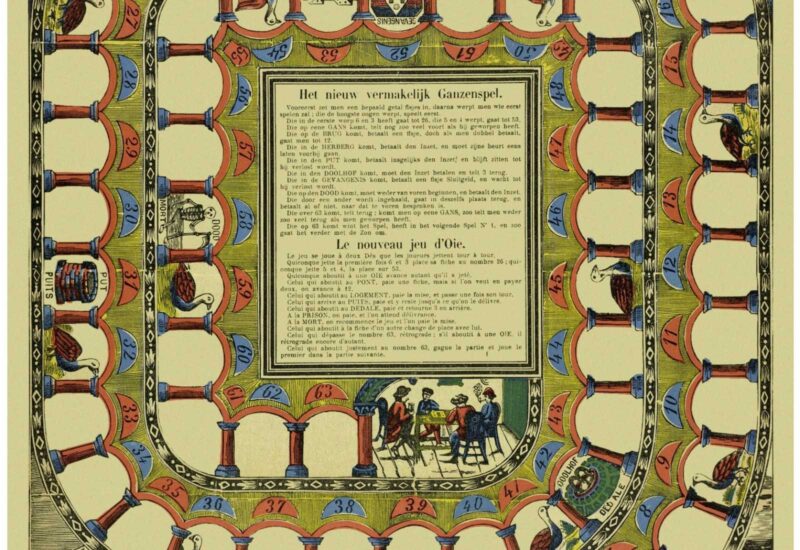 There is nothing clear as to the origin of the Game of the Goose, but there are theories that can explain the genesis of this game; one of them relates the board game to a symbolic map of the Camino de Santiago. Let’s take a look at them.

In the first place, it could be related to the Phaistos or Festos Disc, a circular clay piece of about 16 centimeters in diameter and 2 centimeters thick, fired at high temperatures. Discovered in 1908 in the ruins of the Palace of Crete (Greece), it is dated between 1700 and 1580 B.C. It has 61 words, 31 on one side and 30 on the other, accompanied by drawings such as the eight birds that can be seen, perhaps geese. It could be, therefore, a game board with a certain similarity to the Goose Game. 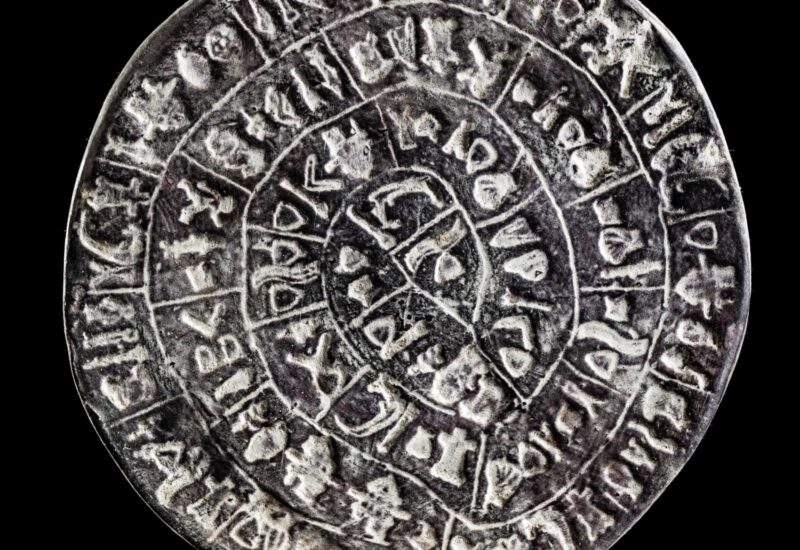 Another attribution of its origin is medieval, specifically in relation to the Order of the Temple, created in 1118 to protect European Christians on pilgrimage. In fact, this version says that the Game of the Goose would be a cryptographic map of the Way of St. James that serves as a guide only to Templar initiates. It is also related to the master builders, who left secret inscriptions in churches, cathedrals, monasteries and other buildings, such as what we can find on the pavement of the Plaza de Santiago in Logroño, in the middle of the square, next to the church of Santiago de Compostela.

The oldest known copy of the Game of the Goose is not medieval, but is the board game given by Francis I de Medici of Florence to Philip II of Spain in the second half of the sixteenth century, which caused a furor at the time. Of Venetian origin, it is the oldest preserved wooden copy dating from 1640. It is from 1880 when the game becomes popular and begins to be successful among all audiences. 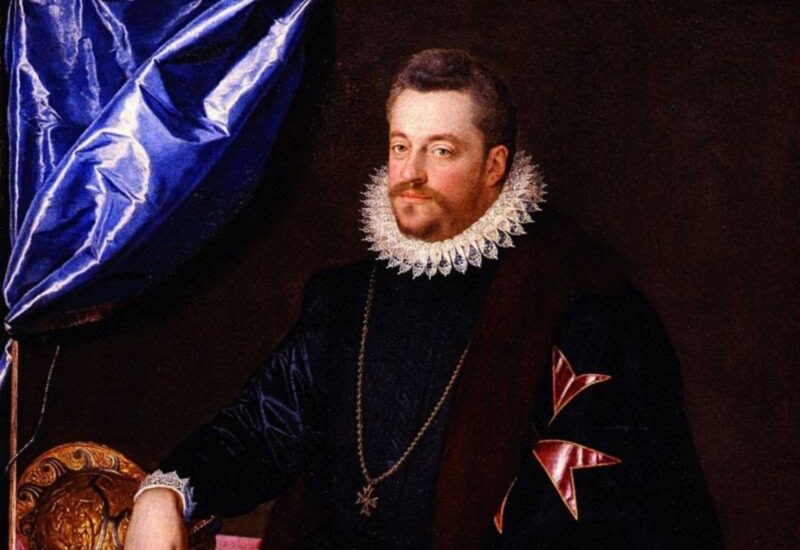 Its relationship with the Camino de Santiago

The Templar origin of the Game of the Goose is perhaps the theory most deeply rooted in the popular imagination, and in fact, In the toponymy of the French Way of St. James we find some localities with the term “oca” or whose name refers to a goose, such as Villafranca Montes de Oca, El Ganso, Puerto de Oca, Villa de Ocón, etc. In addition, the shape of the goose’s foot can be found in the Christ of the Goose’s Foot, a crucifix that can be visited in the church of the Crucifix in Puente La Reina (Navarra). 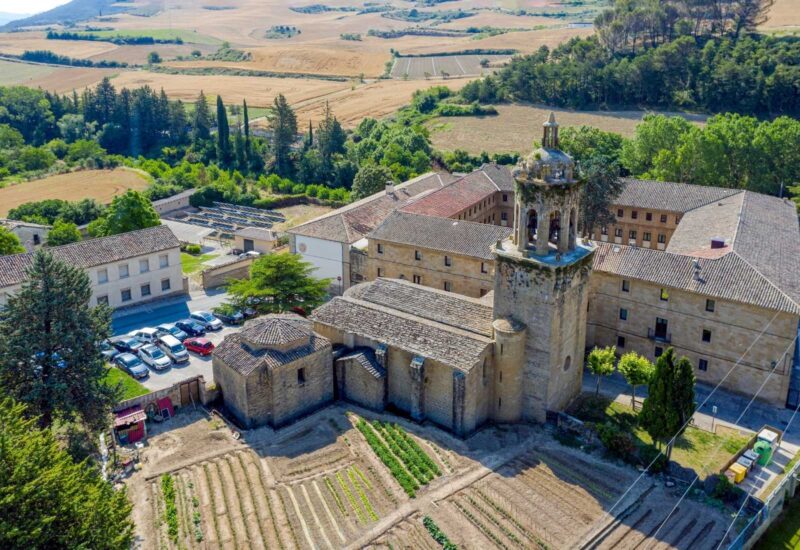 As Manuel Loureiro, contributor to the television program of the journalist Iker Jiménez, states Fourth Millennium, a priori the board would be a map wherethemost dangerous points of the Camino de Santiagowere recorded, in such a way as to facilitate their memorization and, “when the pilgrims were making the way, they would take the correct route”. Keep in mind that in the Middle Ages most people could not read, and just as the churches were like a Bible in stone, easy to understand, so was the game of the goose, as it was like a guide to avoid dangers but represented on a map.

Shall we roll the dice?

The Goose Game is a rectangular board with a spiral inside in which there are 63 squares. Each of them has its numbering and a drawing, and they have meanings and rules. The first 32 boxes would be the outward journey to Santiago de Compostela from the French border, while the other 32 boxes would be the return journey. Often there was no board as such, but it was drawn on any surface and played. 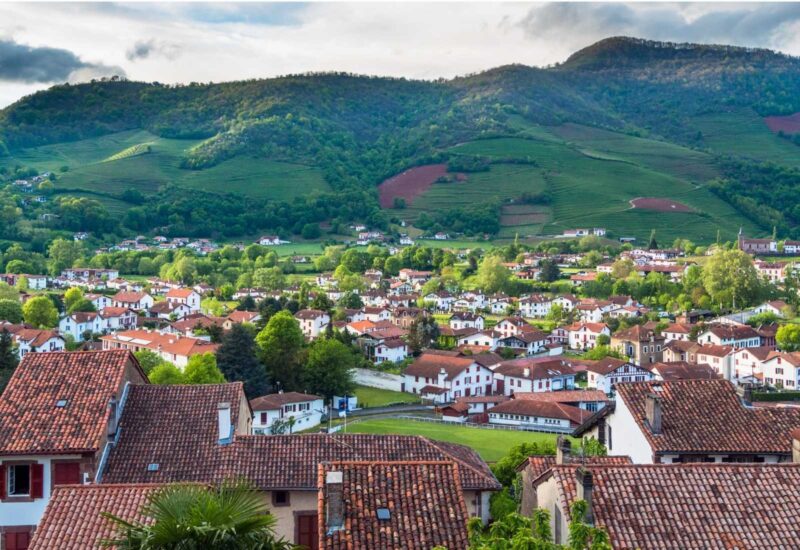 Boxes 6 and 12 are a bridge, something that helps us to avoid an obstacle, and would separate the mundane from the celestial; it is believed that the first bridge could be that of Puente La Reina (Navarra). Box 19 would be the inn, where we will have to rest for our journey, although we will lose a day. Boxes 26 and 53 are chance, represented by the dice, which can mean that we move forward or backward. Box 31 is the well, which represents the bad days in your pilgrimage and, by extension, perhaps sins. Box 42 is the labyrinth, which makes you get lost and go backwards, because in the Middle Ages the paths were confusing and you could get lost. Box 52 would be the prison, which in the Middle Ages would have been the Hospital of San Marcos de León. Box 58 is death, but also rebirth, because you return to the starting point to begin the path again. Finally, the 63rd box would be Santiago de Compostela, even the
Finisterrae
for some, the end of an initiate and the beginning of an enlightened one.

From bridge to bridge, and I pull because I am carried by the current.

In our article about different stores where you can buy the material for your Camino de Santiago we told you about Ideas Peregrinas, a physical and online store located in Tui, in the last 100 kilometers of the Portuguese Way of Saint James where you can buy a very Jacobean Goose Game. And who knows, if you play a few games of Goose Game, maybe you will feel like living it in reality, doing some Camino de Santiago. Shall we play?

From goose to goose, and I’ll shoot because it’s my turn.