What to see and do in Santoña?

Santoña is a very important town in the region and has a great historical influence. It is said that the caravel named Santa Maria, one of the ships that led to the discovery of America, was built there. In addition, this is where the important cartographer known as Juan de la Cosa, who was the creator of the first world map in the history of mankind, came from.

The main activity of the municipality is mining but it is also a fishing village, in its port you can find a wide variety of fresh fish. Historically it has been considered one of the main fishing ports in the region. The location of this locality, a few kilometres from the North Road. The location of this town, a few kilometres from Laredo, has allowed it to receive hundreds of tourists in search of beautiful landscapes, lovers of waterfowl, rural tourism and nature reserves.

Monuments to photograph in Santoña

The Fort of San Carlos and the oldest of the town, built in the mid-seventeenth century as a defensive barrier in the bay. The Fort of San Martín was built at the same time as the one mentioned above and with the same defensive function. This is now a cultural center. The Fort of El Mazo or Napoleon, built by Napoleon as a reinforcement for the defence of the town. There is also an important concentration of batteries and powder magazines dating back to Napoleon’s time.

Things to do in the region of Santoña

Route of the Faro del Caballo

If you like physical activity then you can take the challenge of descending 685 steps and 111 more to take a dip in the crystal clear waters of this beautiful and rocky place. The construction of the stairs was made on the same rock and in the descent you can see the carved shapes of the slopes caused by the wind and the force of the waves.

The lighthouse is located on the slopes of Monte Buciero and can be accessed there through a circular path, by the large number of visitors, has been nominated as the Best Corner 2014 of the Repsol Guide, although it is not active.

Also located on the slopes of Mount Buciero and built in 1864. From there the view of the Bay of Biscay can not be better, however, being the only lighthouse that is active is not possible to access it.

Route to the Forest Ecosystems

At least 2 km. cross the Monte Buciero from Fort Mazo to the Faro del Caballo, which you can walk while you get to know the flora and the diverse ecosystems that form in the thick forest.

Route to get to know the summits of Monte Santoña, Peña Ganzo, Buciero and Atalaya through a circular path of 8 km.

Route of the fishing tradition

A route of 8 km. that leads to the three Forts, the Plaza de Toros, the Paseo Marítimo and the main monuments of the town. It is a route that can be taken by all kinds of people, as it does not represent a major difficulty. 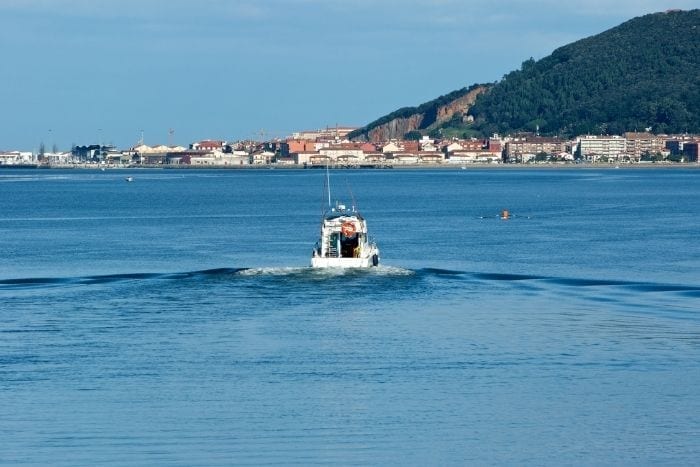 Visit to the Marismas Nature Reserve

An ecological environment of great importance where you can observe birds. This wetland has a wide variety of mollusks, fish, mammals, among other species that are sheltered in the passive waters of this spectacular natural space that has been recovered by the environmental authorities. 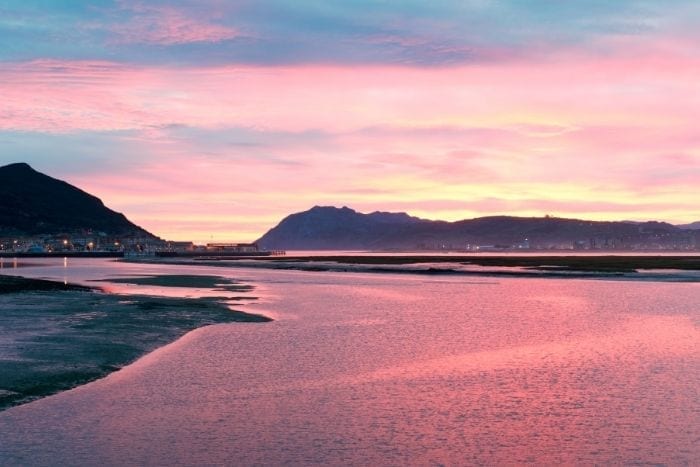 Gastronomy of Santoña to delight your palate

The region is famous for its delicious anchovies, which you can accompany with a delicious local red or white wine. You can also delight yourself with Santoña omelette skewers or dine on grilled sardines with chilli.

Other typical dishes such as marmite, bocartes in casserole or fried bocartes, mackerel meatballs, hake cocochas, among other important dishes that you should definitely try.

Finally, you cannot leave without eating the traditional desserts of the town, of which we will only mention two that cannot be missing from the menu; the quesadas pasiegas and the sobaos (sponge cakes).

To enjoy the beauty of Santoña from the outside, you can take a boat trip and take incredible photographs of the town, the lighthouses and the forts that surround it. It is undoubtedly one of the best plans you can make as you travel along the Bay of Biscay. 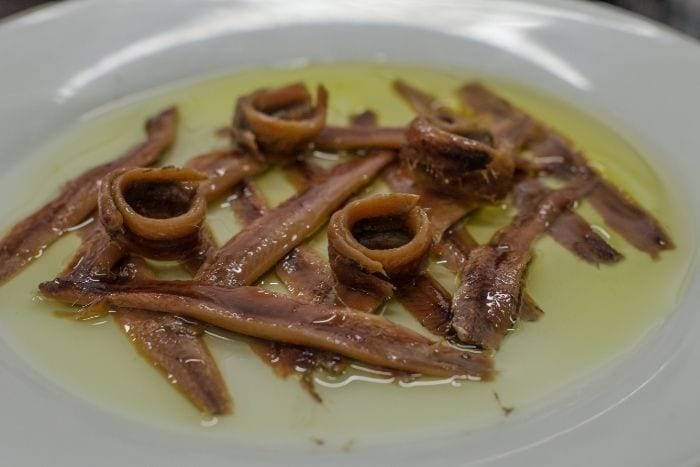