Oviedo Cathedral – Characteristics and how you can visit it

The Cathedral of Oviedo began its construction at the dawn of the 14th century right on the ruins of a pre-Romanesque basilica and it was King Alfonso II the Chaste who promoted its construction. During medieval times it became an important pilgrimage centre and a must for those on their way to Santiago de Compostela.

Its architectural style was based on the predominant gothic style of the time and a flowery touch. It consists of a single 80 m tower. which can be seen from any location in the city of Oviedo, thus having a dominant position.

The Cathedral of Oviedo in the starting capital of the Primitive Way has several elements that attract the attention of the visitors. Its doors are made of walnut wood with beautiful carvings. In addition, it has a space of greater value known as the Holy Chamber, inside which are some religious relics, so you can see the Holy Ark, the Cross of the Angels, the Holy Shroud, the Ark of the Agates and the Cross of the Victory, while in the lower part there is the Crypt of Santa Leocadia. 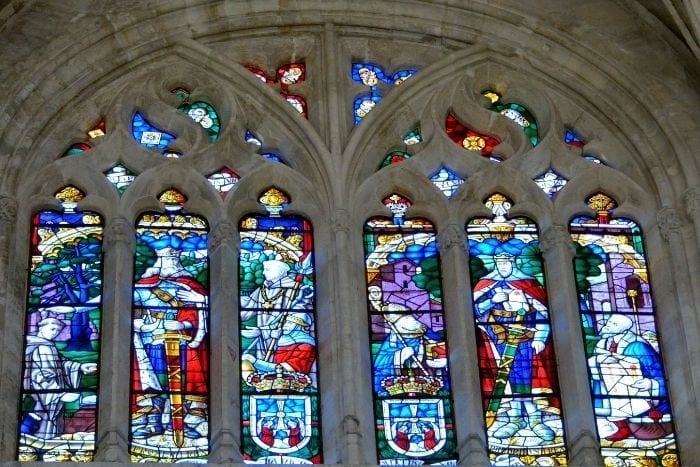 History and characteristics of the Cathedral of Oviedo

The full name of the cathedral is Santa Iglesia Catedral Basílica Metropolitana de San Salvador de Oviedo, its majesty is reflected as it rises with its golden color in the main square.

Its façade consists of three doors that lead to each of the naves inside. The largest hall has 10 m. wide and 67 m. long and reaches 20 m. high. The Holy Chamber was declared a World Heritage Site because of the value of its treasures and the Romanesque sculptures around it.

The tombs of Asturian monarchs can also be found there, in the Chapel of Our Lady of the Chaste King, being the first royal pantheon of the country, this small chapel. 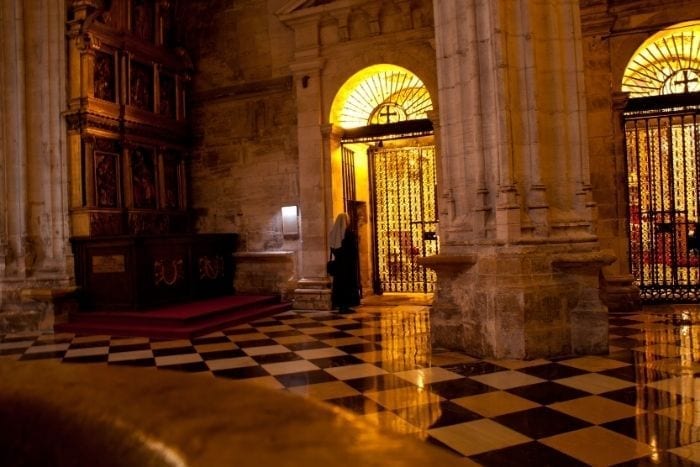 The construction of this cathedral had different budgetary problems that influenced some details of the building such as the niches of the main entrance that were not finished and the lack of a second tower that although it was foreseen in the initial design, it was not possible to build it, and that is why it does not look like all the cathedrals of Gothic style. Also other technical aspects directly affected the time it took for the construction of the building, but even so it has managed to remain a symbolic pillar of the religious culture of the country for the quality of its relics and the large number of pilgrims who come there to continue with their pilgrimage. the Camino de Santiago.

How to get to know the Cathedral of Oviedo

There are 3 types of visits that you can do to know much more about the Cathedral of Oviedo.

Guided and dramatized tour of Oviedo 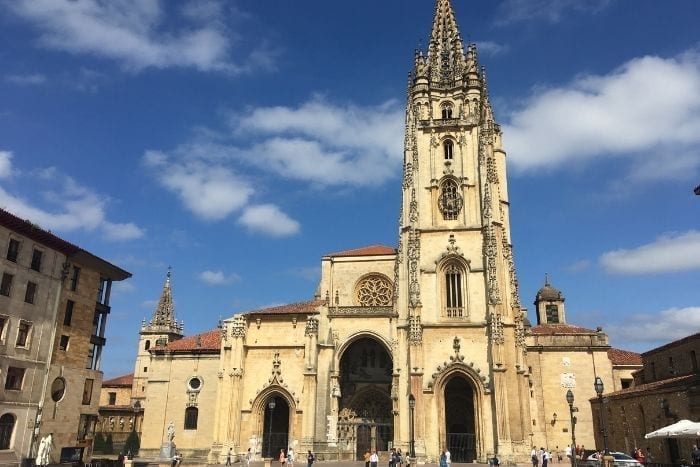 When you arrive in the city you can hire a guided tour by historical characters. Some examples are Clarín’s La Regenta, Ozores’ Ana and a historical pilgrim on his way to Santiago de Compostela. The guide assumes the character of your choice and takes you to the most important places in the square and the cathedral. He will tell you about historical and curious facts of interest and will help you to understand some of the medieval world. It was here that the creation of that beautiful sacred monument was inspired. In addition, the vicissitudes that pilgrims had to face when taking the Camino de Santiago, as well as the strong historical influence of this religious phenomenon were created.

The other visits are; visits adapted for children, night routes to get to know the old town of Oviedo. In addition to the tour you start independently without any kind of guide.

Other activities you can do in the surroundings

Visit the Museum of Fine Arts of Asturias which opens its doors to the public for the exhibition of various artistic works and a collection of authors such as Dalí, El Greco, Goya and Zurbarán. This museum is occupied by two buildings of historical tradition in the city and from where you can see the remains of the old Oviedo. The museum is located 0.08 km from the Cathedral.

Visit the archaeological sites of the region where you can learn about the legacy of some communities belonging to the Neolithic and which were the architects of fantastic monuments.