Altamira Caves – Soak up prehistory with its cave art.

Located in Santillana del Mar, on the way to the North Way, Cantabria, lies this archaeological site. It is a cave that was inhabited for 22,000 years, from 35,600 years ago until approximately 13,000 years ago (when the access to the cave collapsed.) It is currently part of the National Museum and the National Museum of Natural History. Research Center of the Altamira Caves, which functions as its home, protector and administrator of visits due to its antiquity and historical importance. Be patient, a little later we will tell you what this management is all about. We want you to be able to visit it understanding every detail, but first we are going to tell you the magnificent story of the discovery of “The Altamira Caves”.

Who discovered the Altamira Caves?

In 1868, Modesto Cubillas, a local hunter, practiced his favorite sport in the company of his dog. Everything was going normally until his faithful friend got trapped between some rocks trying to catch his prey. It was then when he was rummaging through the rocks to free him that he found the entrance to the cave. He decided to tell Marcelino Sanz de Sautuola, a neighbour with prehistoric studies.

He began his visits to the cave in 1875. He didn’t do it before because these terrains are full of chemical weathering of rocks and he thought it would be simple. But he did not realize the real importance of the find until 1879, when he decided to take his daughter to what was then just a simple cave. While Marcellin was doing his research and excavation work, she went deep into the cave, where artificial light is needed to see. Then, he saw buffaloes inscribed on the vault and told his father.

He, who at first thought it was just scratches on the walls because of the age, had to think about it and do a lot of research. In the end, he came to the conclusion that they were Paleolithic cave paintings and decided to report them in 1880.

It was precisely the time it took to make this deposit known that raised doubts. But it was a small thing if we consider that what really disturbed the historians was another fact. Until then, there were no known samples of art from this period of history (we place the cave between the Solutrense – 180.000 B.P- and Lower Magdalenian -16.500 to 14.000 B.P- ). At that time, three sites were discovered in France that changed the conception of history as it had been known until then: La Mouthe, Combarelles and Font de Gaume. 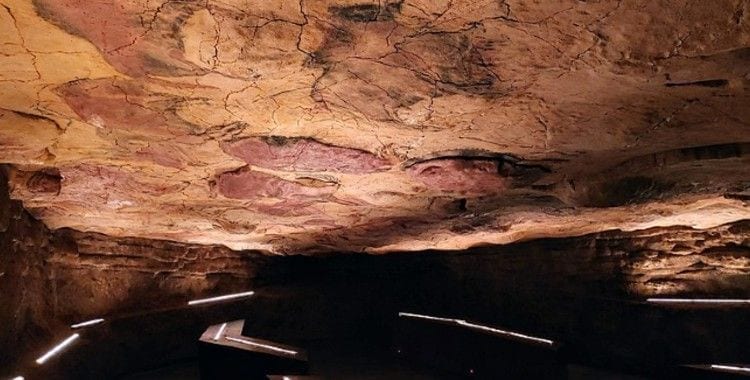 These, dating from the same date, gave credit to what happened in Cantabria and especially to the good faith of the discoverer. It had even been questioned whether he was the one who painted those figures in the years when he dedicated himself to excavating alone. This process of recognition also included the discovery in the interior of the cave of movable art similar to that of other caves. Finally, The Altamira Caves was assimilated for further studies as an archaeological site, in particular, the largest prehistoric site known at that time. In 1985 it was declared a World Heritage Site by Unesco.

The cave itself is rather small. It is 270 metres long in a linear structure. That is to say, it consists of a gallery from which small branches open and culminates in a narrow gallery.

The polychrome room that houses the bison was made of stone and charcoal or other minerals as a pigment, i.e. mixed with water or animal fat. We know that it was mostly painted with their hands and that they also used other more novel and special techniques to produce effects such as blowing paint into the cavities inside the bones. This room we are talking about is the gallery that is furthest away from the entrance and therefore from the sunlight. 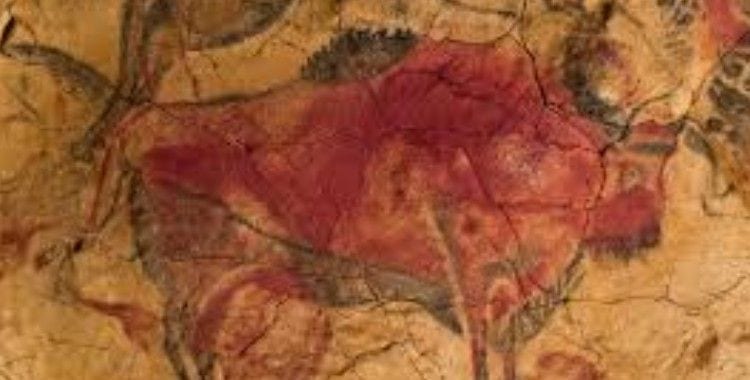 You may wonder how they painted there without access to light, well, without going too far away from the theme and the materials we were talking about, you will have the answer: with marrow lamp (fat from animal bones). From this it is clear that most of the time was spent in the room located at the entrance because of the ease of entry of light. There they went about their daily lives, such as eating or working on their handicrafts. We also know that they were hunter gatherers. This may have been the reason for the construction of rooms branching off from the main gallery: to store food.

The paintings themselves vary from realistic depictions to abstract and non-figurative drawings. There are polychrome (variety of color), engravings, black, red and ochre paintings of animals.

The truth is that the original cave is not open to the public to be visited freely, it was decided so for its preservation. What is normally visited is a replica called the “Neocueva” which is also in the Museum of Altamira located very close to the original one. For preventive conservation, it was established that five people would visit the original cave once a week. 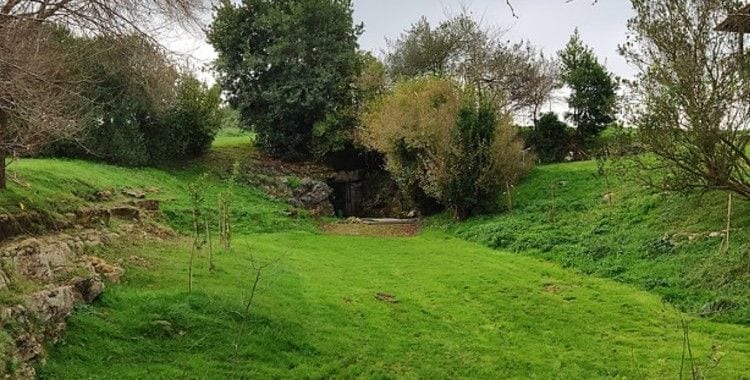 The visit will last 37 minutes and you will have to wear special shoes and a hat. The stay in each area of the cave will have a defined time and it is not allowed to take pictures. To be one of these five people chosen to enter, you must participate in a draw from among all those who enter before 10:30. You will be asked to fill in a form and you’re all set! Finally, please note that the Museum will be closed every Monday throughout the year and that tickets are no longer on sale 30 minutes before closing time.