St. Olav’s Way... Have you ever heard of this pilgrimage route named after a Norwegian saint? Well if not, here we will tell you everything you need to know about this impressive passage. For some it is no secret that there are two routes called St. Olav’s Way. There is the Norwegian one, which is about 650 kilometers from Oslo to Tronheim, where the remains of the saint are located.

But there is also the Spanish pass which we will only refer to in this article. It is made up of 60 kilometers that can be completed in two days from Burgos to Covarruvias. There you will appreciate small villages with supreme charm as Cardeñadijo and Quintalara. It is a route full of very particular stories, such as that of Princess Kristina of Norway, who at the age of 28 and on her deathbed, made her husband promise, in the thirteenth century, the construction in Covarrubias of a temple in honor of St. Olav.

Well, discover in this 48-hour trip everything about this place so important for the pilgrimage routes on Iberian soil, including the reason why the work was not completed until 2011, many years after that promise.

What places to visit in Camino de Olav?

The Plaza del Rey San Fernando will be the starting point for one of the most transcendental routes in Castilla La Mancha. It is located very close to the Cathedral of Burgos, right in the middle of the Camino de Santiago, which UNESCO has declared a World Heritage Site. You will pass by the Arco de Santa Maria, an exceptionally beautiful place worth a couple of photos. Plaza Vega will be the next place to visit. You will continue along Madrid street until you reach the Vía Verde, which will finally take you to one of the most iconic villages in the area: Cardeñadijo.

Don’t miss the opportunity to refresh yourself with a delicious beer in one of its bars or have a snack before continuing along this medium-difficulty route. 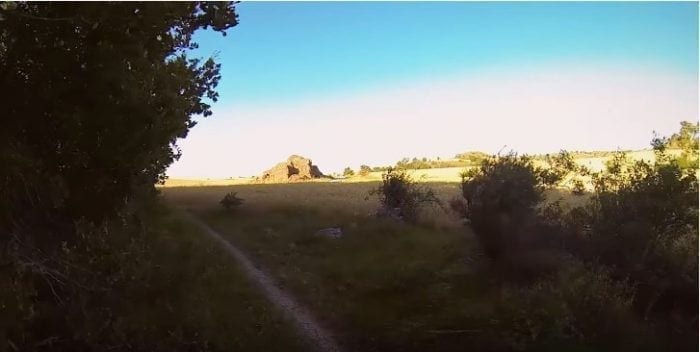 Camino de Olav will also allow you to visit three modúbares such as Emparedada, de la Cuesta and San Cabrián. Leave the modúbares behind to reach Los Ausines, especially valued for the three neighborhoods that make it up: San Juan, Quintanilla and Sopeña. The passage along the Ausin river will allow you to know Revilla de Campo and then the village of Quintalara, a village of untamed beauty that has been developing the charcoal in the middle of nature.

Peñalara, Cubillejo de Lara and Tierra de Lara are part of the itinerary of the Spanish Olav Trail. Discover thanks to this walk what is the importance of the villages of Lara for this region and how literature has influenced civilization. 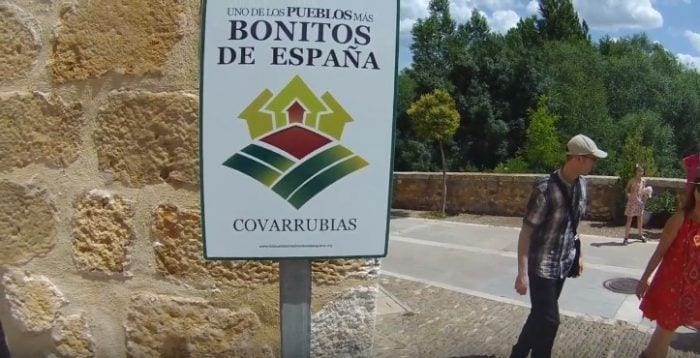 Crossing the forest and admiring the most beautiful of the local fauna, you will reach Mambrillas de Lara. From there, along the road to Soria, you will finally reach the hermitage of San Olav in Covarrubias, a place that few know about but that will surely steal more than a sigh.

Yes, as we have already said, along the route of the Camino de San Olav in Spain you will see small villages where you will find restaurants where you can taste the local gastronomy. And here we will show you just a few that have caught the attention of tourists.

It is one of the most recognized and popular on the Camino de San Olav. It is especially valued by diners for its delicious food, good service and for guaranteeing a harmonious atmosphere ideal for visitors. It is located in Plaza de Doña Urraca, in Covarrubias.

Varied menu, delicious food and excellent service. This is how Bar Restaurante El Puente is described, one of the places where the seasoning and flavor of the food are unparalleled. If you make a quality – price relationship, you will surely list it in your itinerary of places to visit. It is also located in Covarrubias, specifically in Barbadillos Street, 25.

It is a simple and warm place. Ideal for tasting homemade food with lots of love. Let pamper your palate with exquisite dishes, served by friendly staff that will make you feel at home. It is in Calle Ancha, 3, Quintanilla.

The travel itinerary would not be complete if you do not include a list of hotels or places to stay. If you don’t know them, don’t worry, here we are going to show you some of them.

Covarribias has its medieval side and this hotel is located right there. It is a place with a marked rustic decor that makes it super special. Nevertheless, it is very well maintained and very comfortable for the guest. It has comfortable rooms, satellite TV, free Internet connection, among other services.

If anything characterizes the Hotel Doña Sancha is that it is surrounded by well-kept gardens and nature. In fact, its rooms, with large windows, have balconies with incredible views of the valley. Do not hesitate to enjoy a night of lodging in this place of Covarrubias with quality services.

In honor of the Norwegian princess who made her husband promise to build the San Olvav temple, this hotel in the heart of Covarrubias has worked to ensure excellent guest service. It offers rooms with heating, flat-screen TV, and free WiFi. Here breakfast is free.

To do the Olav Way in Spain, the first recommendation is to start from Burgos. And to get to this town you can use different means of transport such as car, train, plane or bus. Choose the one that suits you best according to the place of departure and economic availability.

If you travel by plane, you should know that the local airport only allows private or charter flights. It also has the Burgos Rosa de Lima Station which connects by rail with other cities such as Madrid.

By car the trip will be just as safe. If you start the trip from Madrid you will have to take the N – 1 or Autovía del Norte.