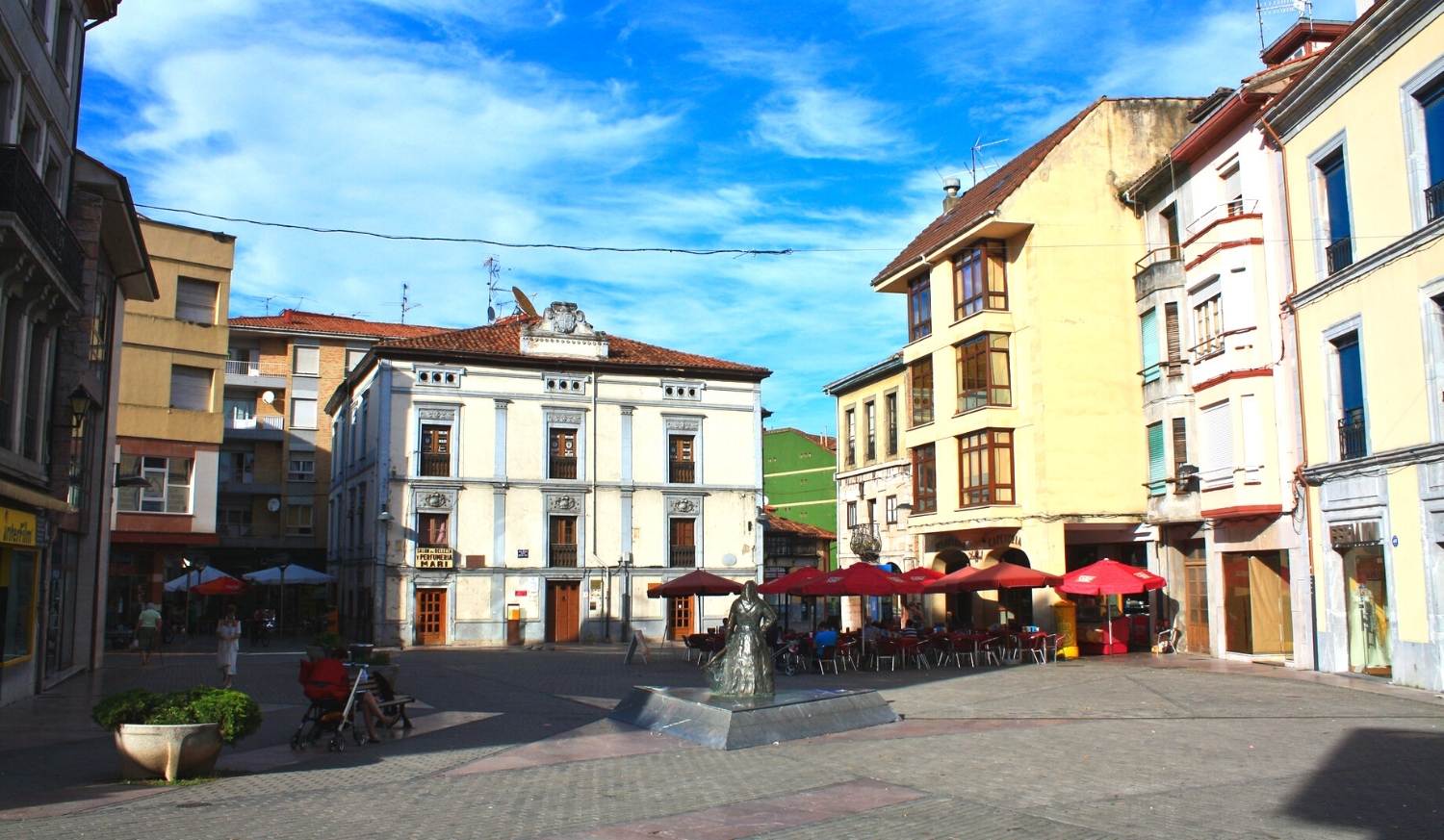 The small town of Grado is a crossroads of roads, fertile orchards, mining, medieval, palatial and Indian architecture, markets, festivals, sweets, merchants and wonderful and friendly people. Grado will surprise you in every way, not only for the large number of monuments and picturesque houses to visit, but also for the good atmosphere and the warmth of its people.

In this council two important itineraries meet and separate, the Primitive Way and the Camín Real de la Mesa, an old Roman road. And it is that the village for centuries coexisted with the passage of walkers, and perhaps that is precisely why it has become one of the most hospitable places throughout the Asturian community.

The historic centre of Grado is worth a visit, and preserves interesting architectural remains, especially from the 18th and 19th centuries, which also gives a very romantic touch to a stroll through this illustrious town, where every corner transports you to parallel universes.

What to see and do in Grado

Perhaps the most emblematic building in the town of Grado is the Chapel of Los Dolores. It is located in what used to be the Palace’s orchard and was built by order of the third Marquis of Valdecarzana as a funerary pantheon. As no traces of burials have been found, it is not known exactly if anyone was ever buried there or not. The general belief is that it never had any burials, but there is the oral testimony of a neighbour of the village, Tito el de la Farmacia, who affirmed that there were until, as a consequence of the Civil War, the tombs were desecrated. 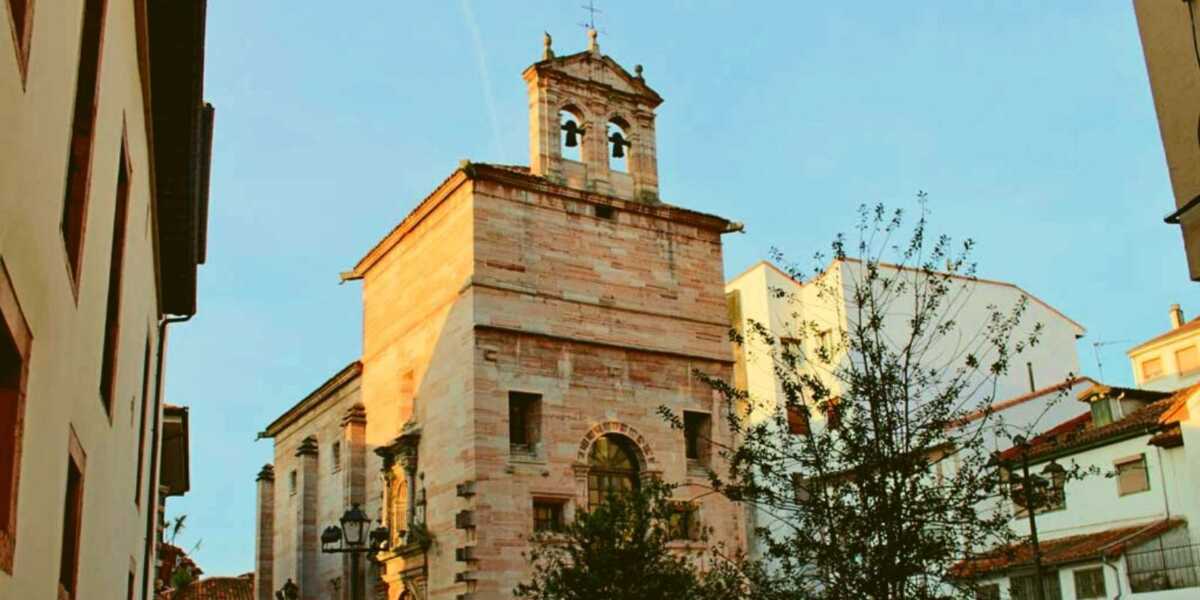 It is a building of eclectic style, with elements inspired by the Romanesque and Gothic style, built in 1884 and opened for worship in 1890. It stands out for its monumentality and the excellence of the materials used, predominantly carved stone. 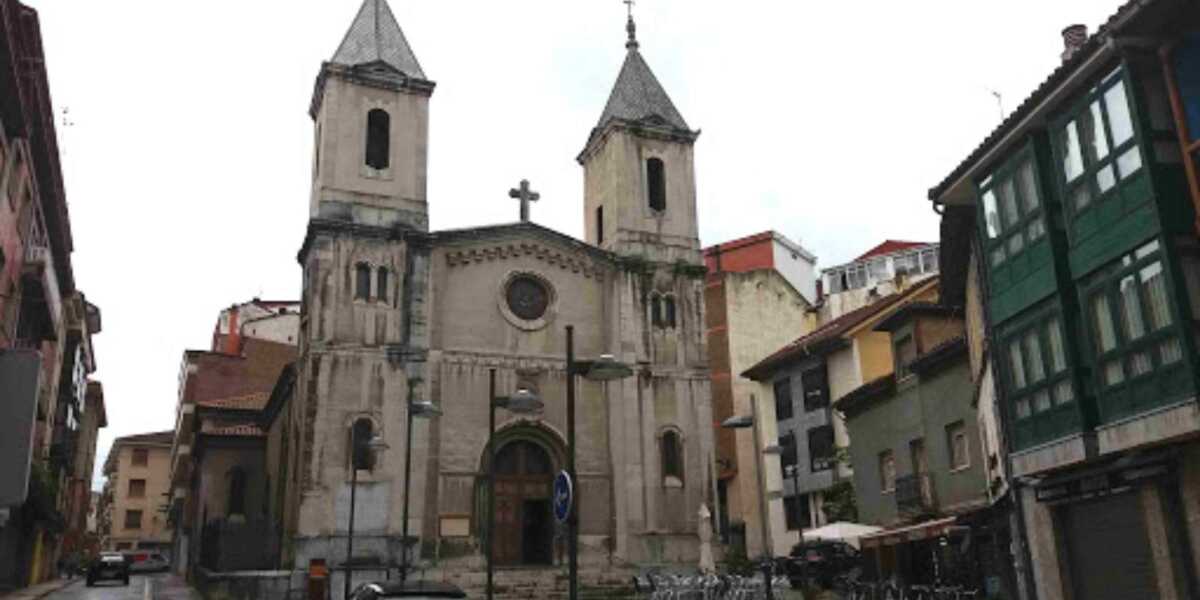 House of the Arcos or Arias Miranda’s House

Located in the Plaza General Ponte, where the traditional market is held on Wednesdays and Sundays, it has three floors. Its first two floors date from the 18th century and are made of pinkish limestone ashlars, while the third floor, together with the attic, seem to correspond to a 19th century extension.

Highlights the portico with semicircular arches on the ground floor and the arches that give it its name. It presents a symmetrical distribution of the openings, in which the central wrought iron balcony of the first floor stands out, whose cantilevered parapet is closed with grillwork of screws, recalling the rococo style.

The market that is held on Wednesdays and Sundays has more than deserved its fame, not only for its centuries-old history, but also for the quality of its products and the hospitality of its traders. So whether you are a pilgrim or a tourist, a visit to the market, with vermouth and shopping included, is an unavoidable and very pleasant moment. 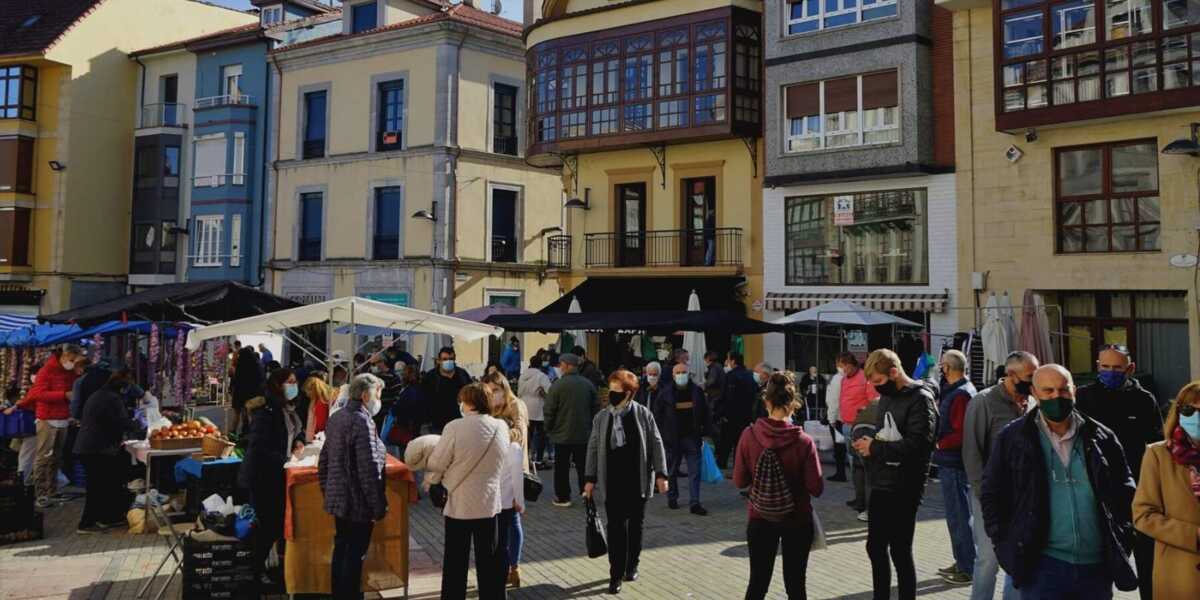 If you think that the Capitol is located in cities like Washington or Havana, as soon as you take a walk around Grado you will discover that there is also a Capitol here, which is precisely one of the most fascinating Indian houses in all of Asturias, and it also has impressive gardens. 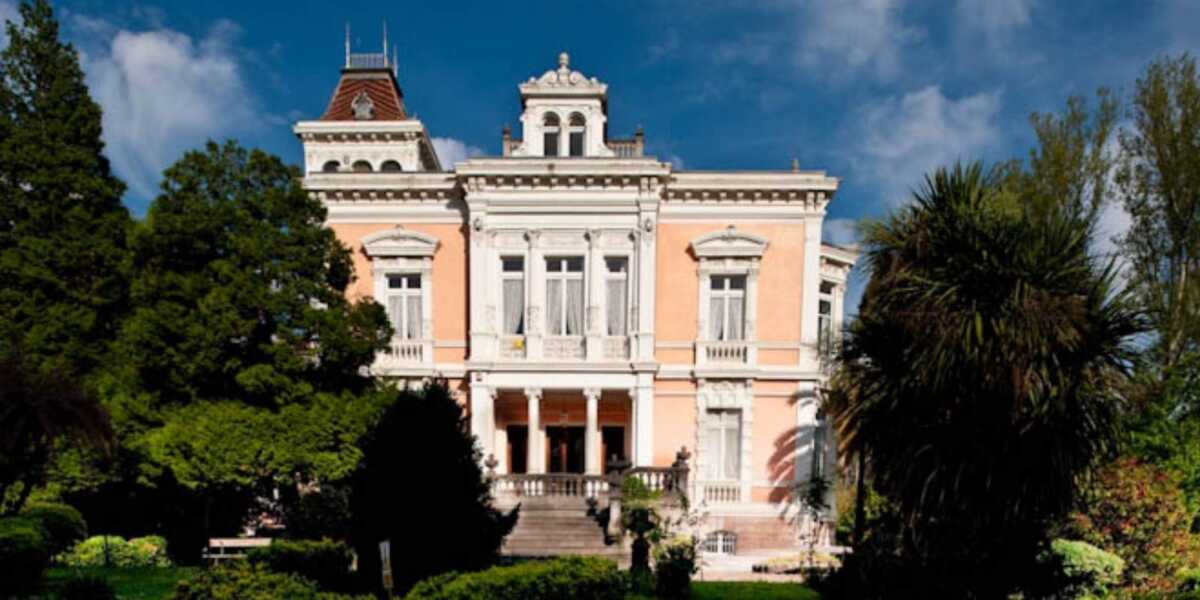 Palace of the Marquise of Fontela or House of Cienfuegos

It is an 18th century urban mansion, property of the Marquise of Fontela, consisting of a palace, an exempt chapel and a square with palm trees, recently restored to serve as a Visitor Reception and Information Centre of the Camín Real de La Mesa Region. 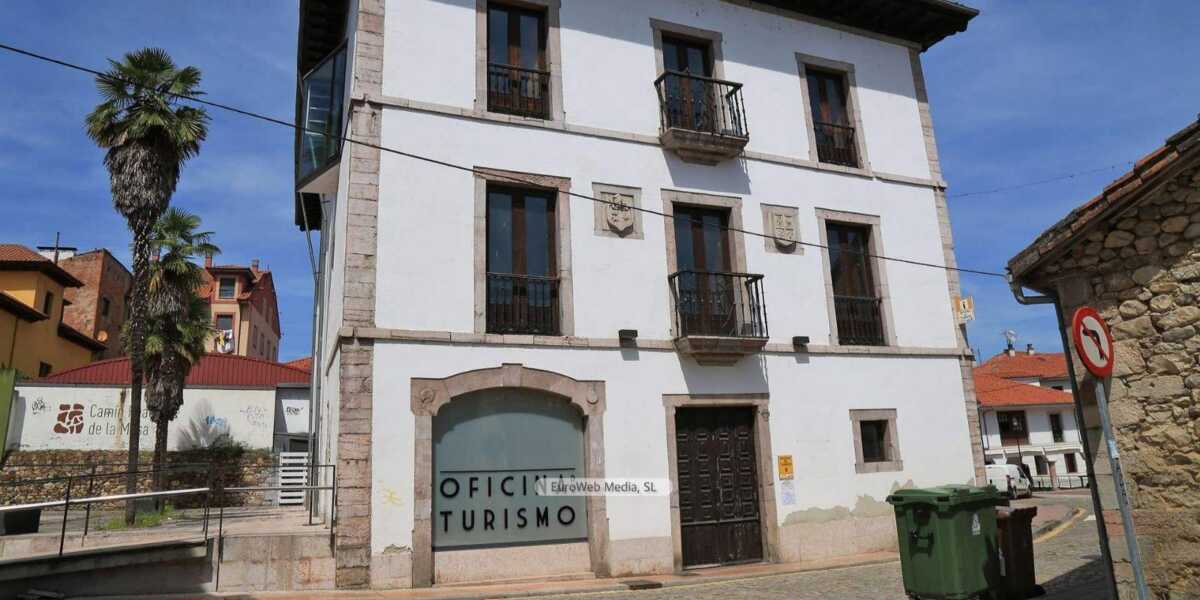 Ruins of the old wall

Currently the remains of the wall are only vestiges of medieval times that are preserved within the town.Part of them can be seen in the street behind the Town Hall, where a wide ashlar wall remains standing, facing the river and curving in the direction of the left wall of the Town Hall.

The council of Grado lived in the front line of the Spanish civil war, with all its rawness, during thirteen months: from September 1936 to October 1937. On April 9, 2016 the new name of the Historical Memory Park was inaugurated, in homage to the victims of Francoism and in memory of the various mass graves that exist in the council.

In this park stands the monument called Memoria Herida (Wounded Memory), created by sculptor Fernando Alba and directed by architect Abel Alonso. It represents a firing squad wall with bullet holes and, at its feet, tombstones, some of them with the names of the 14 mass graves of the council and a poem by Miguel Hernández.

Undoubtedly the most popular festivities in Grado are the Flowers. Two are celebrated: The Feast of the 1st Flower, the Sunday after Easter and the Feast of the 2nd Flower, the 6 Sundays after the first Flower. This holiday celebrates the arrival of spring after a long winter of rain, snow and cold. 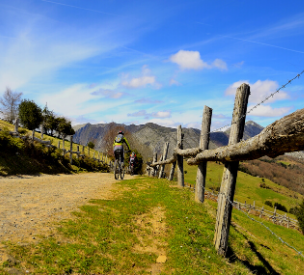 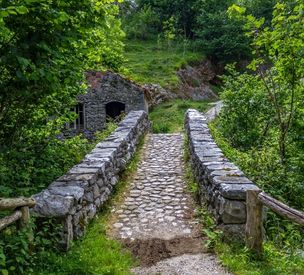 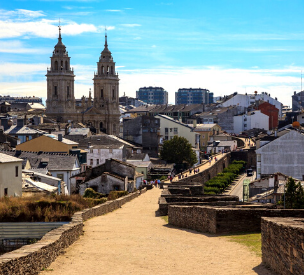 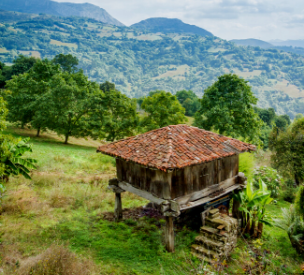