Since last October 15, 2021 the national press has been publishing an interesting news very important for the pilgrim community, in relation to the identity of the relics of Santiago, but watch out, which one? Supposedly there are two “Santiagos” in the Cathedral of Santiago: Santiago Zebedeo “the Greater”, whose remains rest under the altar of the Cathedral, and Santiago Alfeo, “the Lesser”, whose remains are in the Chapel of the Relics. Which contains the relics of dozens of saints. Thus, a recently published research, initiated 30 years ago, introduces doubts about these relics, proposing that maybe they are confused remains. How about a little research?

Santiago Zebedeo, “the Elder”, and whose remains and presence in Santiago de Compostelaand whose remains and his presence in Santiago de Compostela are responsible for the birth of the Camino de Santiago in the Middle Ages, was one of the 12 apostles at the Last Supper with Jesus of Nazareth and one of his closest friends. He is placed as evangelizer of the northwest peninsular of Spain, that is to say, Galicia, and historiography and tradition affirm that it was martyred and beheaded in the 40’s A.D. by King Herod Agrippa I. 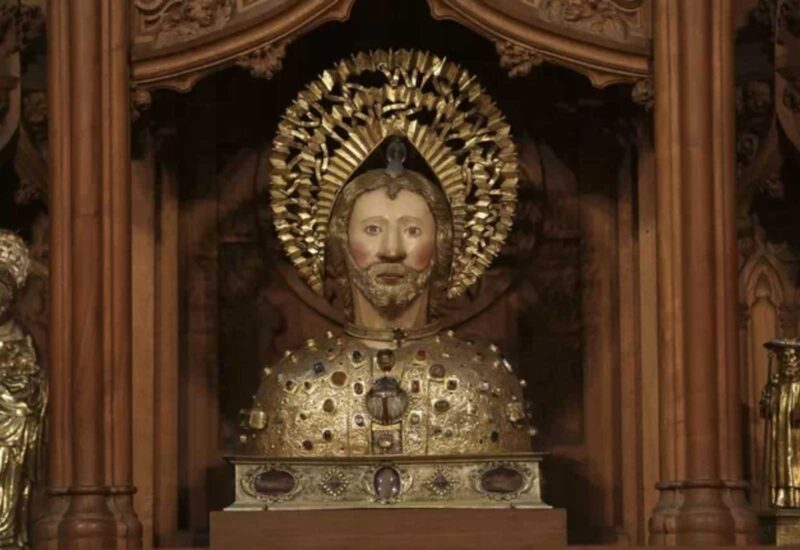 For its part, Santiago Alfeo, “the Lesser”. (so called by the biblical texts to differentiate him from the previous one), died also martyred in the 1960s A.D.but in his case historiography and tradition affirm that in his case his death was caused by trauma to the head.perhaps a heavy blow from stoning or from being thrown from a high place, but never by decapitation, as in the case of Santiago “el Mayor”.

It was in the year 1991 when the forensic doctor and He is a member of the Galician Institute of Legal Medicine (IMELGA) and president of the Spanish Association of Anthropology and Odontology, Fernando Serrulla had the commissioned by the Department of Culture of the Xunta de Galicia to carry out a forensic study of the remains of Santiago Alfeo “el Menor” (Santiago Alfeo “the Lesser”)..

The Chapter of the Cathedral gave him a short period of 10 days to work with these remains, and he had to do it in the chapel itself, without the possibility of taking the remains to the laboratory to be able to carry out dating and other tests. He presented a report whose results were made public at a medical congress, although they were not made public. And that focused exclusively on the remains of Santiago Alfeo, “the Lesser”, specifically on the remains of the skull. 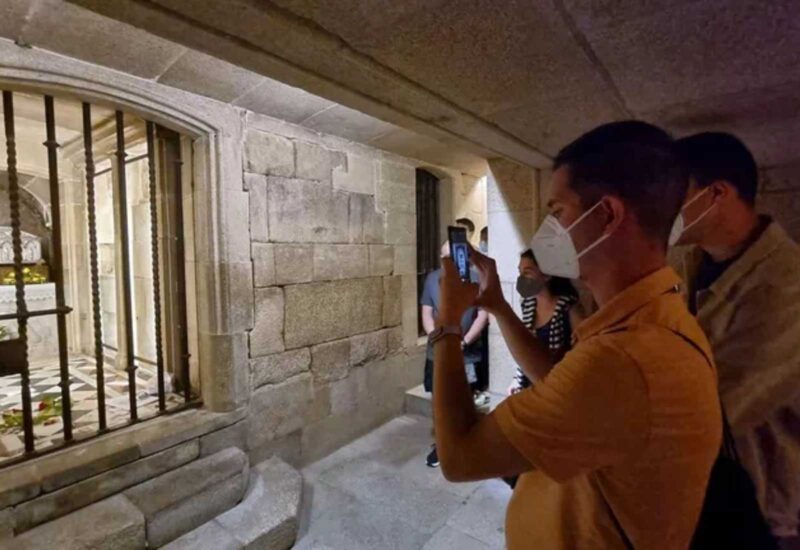 Thirty years later, the doctor publishes in the journal Forensic Anthropology published by the University of Florida (USA), the article “A Forensic Anthropological Study of Human Remains Attributed to the Apostle Santiago Alfeo” where the remains of both the remains of both “Santiagos” are related to each other. Comparing the remains with the historical documentation, he concludes that the remains attributed to Santiago Alfeo do not coincide with his manner of death, but rather with that of Santiago Zebedeo, the Patron Apostle of Spain and for which so many pilgrims go to Santiago de Compostela. The Apostle Patron Saint of Spain and for whom so many pilgrims go to Santiago de Compostela.

The remains analysed by Serrulla, attributed to Santiago Alfeo, are small fragments of a skull, and evidence of a death with traumatisms typical of a decapitation. This was done in three blows to the head: one to render the condemned unconscious, another to kill him, and a final one to sever the head. Historical documentation refers to the death of Santiago Alfeo as a stoning or a precipitation from a high place, but not a beheading, which was the case with Santiago Zebedeo.

Therefore, if the remains attributed to Santiago Alfeo speak of a death that was not his, and that fits more with that of Santiago Zebedeo, it is possible that they have been “misplaced” throughout history. In this case it would be necessary to consider whose remains are venerated under the main altar of the Cathedral of Santiago de Compostela.which theoretically belong to Santiago Zebedeo. 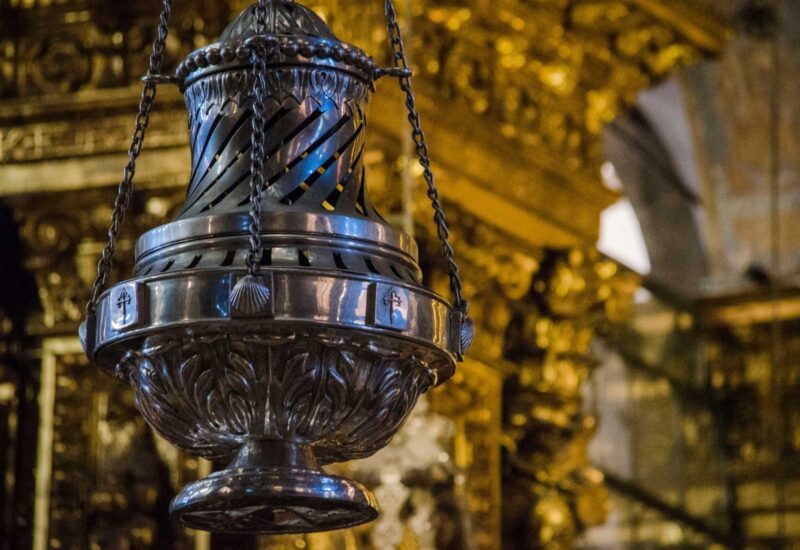 “I really bring doubt, not certainty.”

Throughout history, relics have been transported from one place to another, in some cases hidden and recovered, and perhaps some confusion has arisen between all this movement. Serrulla’s research, as he himself declares, does not aim to create controversy but to to generate knowledge and reasonable doubts in order to put light and order in this mess of relics. It is not a question of whether it is Santiago the Apostle who is buried under the altar or whether it is the now famous heretic Priscillianus, but rather try to put light between the two sets of relics attributed to these two “Santiagos”, that rest eternally in two different places inside the Cathedral of Santiago de Compostela.