This Holy Year continues to add new features to the Xacobeo 2021 programme. A new and complementary way of enjoying the Camino de Santiago has been born in a recreational format, inspired by the “escape rooms that have become fashionable in recent years. Escape the way is all a novelty for pilgrimswho, in addition to their authentic route, can also enjoy this game in some of the villages along the French Wayfor example, from Sarria. Shall we play?

So called to be identified as a Jacobean modality, “The Escape Way” is a game project based on the well-known “escape rooms”.but instead of taking place in an enclosed space, the game takes place in the open space of towns and cities through which the Camino de Santiago passes.. 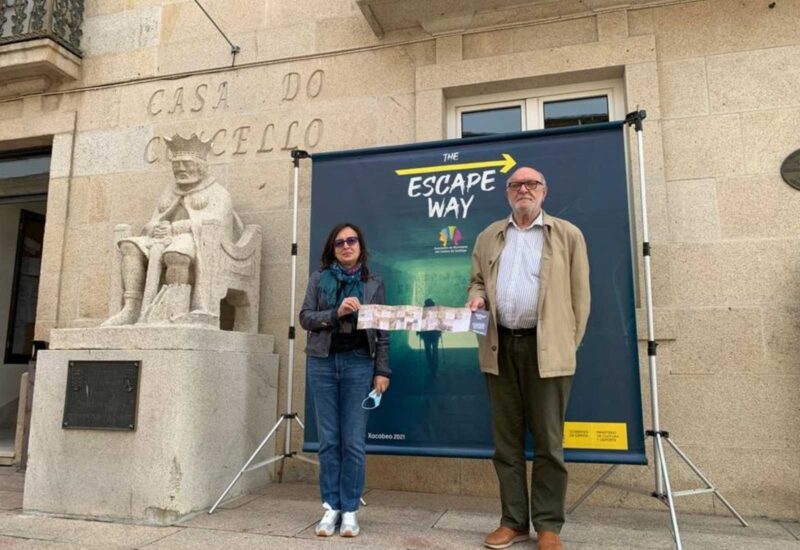 As of May 2021, and following the approval by the Xacobean Councilthe game has been gradually being introduced and is operational in locations in the Camino Francés who have joined this initiative, and this saturday 23rd October “The Escape Way” will be available in Sarria (Lugo)although it already premiered in Galicia in Palas de Rei (Lugo) on May 14th.

This project was born as an initiative of the Association of Municipalities of the Camino de Santiago (AMCS) with the collaboration and funding of the Ministry of Culture and Sport, for to dynamize and make known in a very attractive, modern and playful way the Camino de Santiago. and tourism in the towns through which it passes.

In addition, as stated by the mayor of Palas de Reis, Pabo Taboada, “the project is part of a line of work of the AMCS to disseminate and promote the Camino de Santiago among the young sector of the population.We are also looking for an involvement in the future of this sector with the cultural itinerary”. This intention is very interesting, because it is about to promote and guarantee the generational relay among the local population of the Jacobean towns and villages.as well as to make them better known among pilgrims and tourists.

How can I play?

The first thing you need is a mobile device with internet connection, as it will be your game tool. Once the game is available in the Jacobean town, you will be able to play at any time of the year, although there is an essential requirement: you must have a mobile device with an internet connection.although there is an essential requirement: you must be in that town. For now, there are several localities of different provinces of the French Way adhered to the project, from Arrés, Los Arcos, Santo Domingo de la Calzada, Belorado and Astorga, where it already works, waiting for more to join. 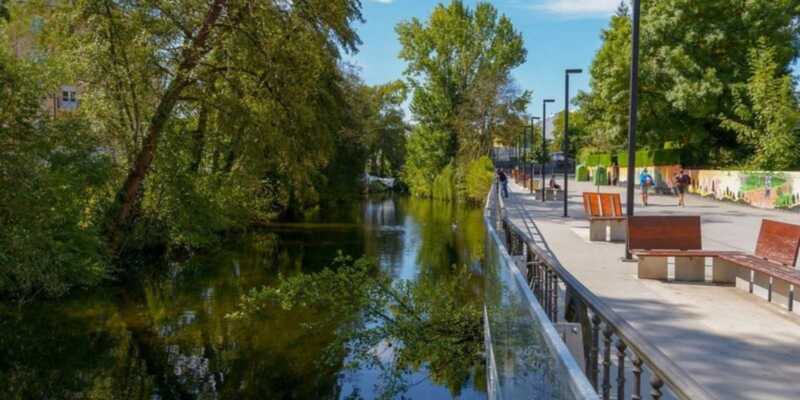 What is the game about?

Indeed, The Escape Way” is inspired by the well-known “escape room”, and has a lot of “gymkhana” and “geocaching”.. Players will have to solve tests and puzzles through QR codes, thanks to the clues provided, to reach the end. The games will be different in each location, although they follow the line marked by the concept of the game. Without realizing it, will get to know aspects of the history and curiosities of the Camino and the municipality itself, thus enriching the experience.thus enriching the experience.

The objective is to save the Camino de Santiago from a secret sect that threatens the pilgrimage with making it disappear.

The game is aimed at the whole population, tourists and pilgrims over 12 years old.minors may play in the company of an adult. It can be played individually or as a team, and the average length of the game is between 40 and 75 minutes.