A pilgrim hope. The journey of the Backpack of Light

The Camino de Santiago has not done, unfortunately and for reasons beyond its control, many crumbs with the pandemic of COVID-19, because with so much confinement, perimeter closures and other measures taken by the various administrations, pilgrimage to Santiago de Compostela was virtually an impossibility in 2020 . But with a backpack full of illusion, and the light of the pilgrim, we have moved forward and we have continued with the Camino de Santiago..

It was not until the month of July 2020, even in the last days of June, when began, in the words of many pilgrims, to “open up the Camino”..And indeed it opened, and we could begin to count, albeit on the fingers of our hands, the first “post-COVID” pilgrims. 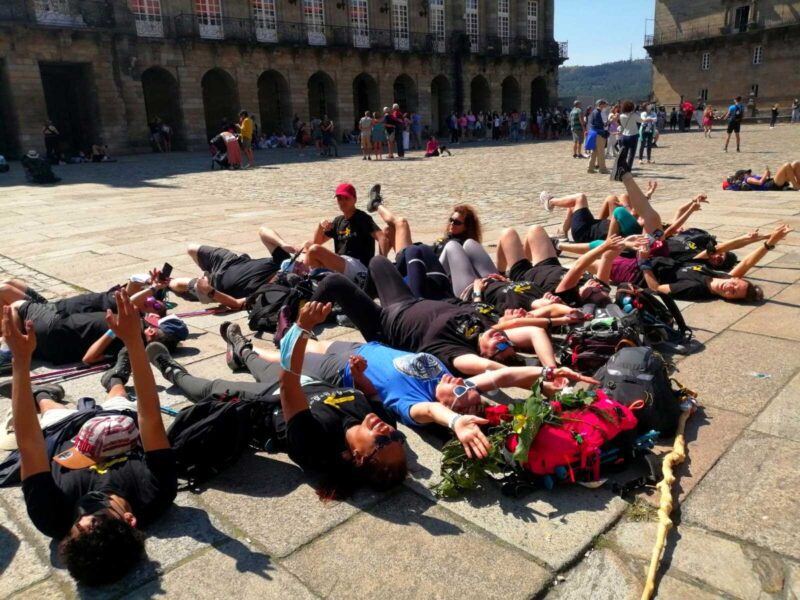 What happened there and what did good old Lorenzo tell us? Well, it turns out that Lorenzo and some good pilgrim friends were taking to Santiago de Compostela the Backpack of Light (the Light of the Way) along the French Way from Roncesvallesa backpack that left on 26 June 2020 from the Pyrenean village to cover each and every one of the stages. If we pilgrims were affected by the perimeter closures, the backpacks were not.A good number of pilgrims from the different provinces and autonomous communities of the French Way were carrying it within its perimeter and passing the baton at the borders. In the case of Lorenzo and company they had the last stages, already in Galicia, to reach Santiago de Compostela on its big feast day, July 25th, the Apostle’s Day.. 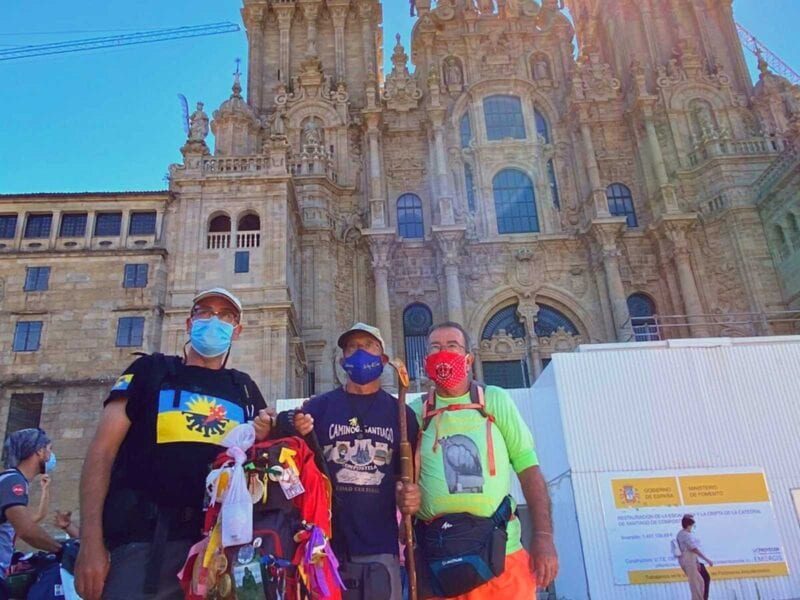 This backpack was owned by Sussana Gracia, a veteran pilgrim, and had a “mommy”, Mariló López, and a “daddy”, Jesús Ciordia, promoters of the idea.. Dressed with different symbols and elements of the pilgrim imaginary, with this backpack you will be able to The aim was to pay tribute to those who died in the pandemic and to the health workers who were always on the front line.also, and in passing, they wanted to that the Camino de Santiago was more alive than ever.. It also had inside it a book with dedications that is exhibited today, together with the rucksack, in the Pilgrimage Museum of Santiago de Compostela.

Parallel to this initiative, the same year there was another similar one through the Portuguese Way and even in Italy, although in the latter case, without arriving in Santiago de Compostela. And it turns out that this year 2021 there is a new edition, in this case, the Backpack of Hope, and this year it is the Portuguese Way.promoted also by the pilgrim Susi Sot.

Snooping on Lorenzo’s Instagram account (@lorenzo_peregrino), and with his permission, of course, we know when they will do each stage until they reach Santiago de Compostela. in their big party. Thus, these are the stages:

This pilgrim’s backpack will have your Compostelaas well as those of the year 2020… yes, yes,… as you read it! There is even a book published in relation to this initiative (specifically last year’s) by another illustrious pilgrim, Endika Armengol which is entitled “The Light of the Way”, available by contacting him. 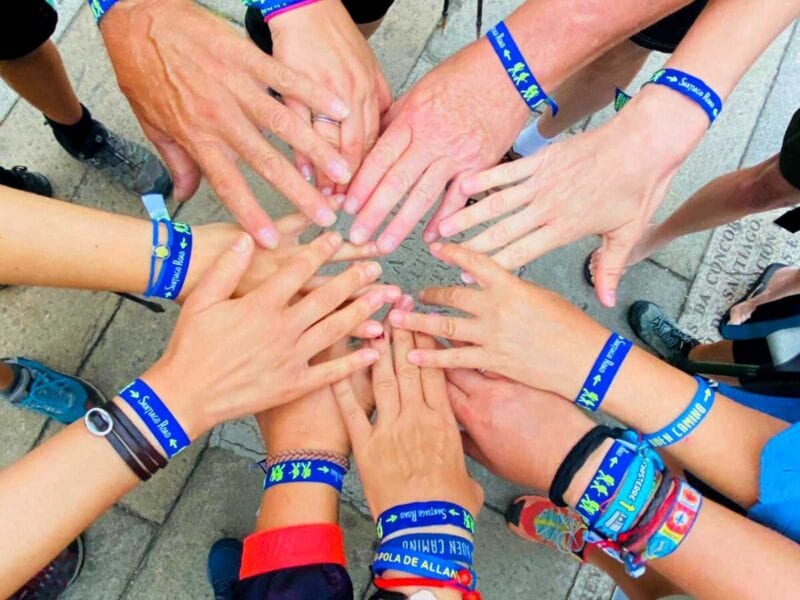