A very donkey way to do the Camino

There are many routes, motivations and ways to do the Camino de Santiago, and if you have ever made a pilgrimage to Santiago de Compostela you will have seen very curious cases like the ones we are going to see in this post. In the last few days, pilgrims have been seen along the French Pilgrim’s Way to Santiago de Compostela pilgrimage with their donkey. A very singular company that is more common than you might think on the road to Compostela.

Vincent and his donkey Ralph

From France comes this story that in recent days we have been able to see in the region of El Bierzo. On the 6th of August these two very singular pilgrims left from the neighbouring country, whose story is one of affection and companionship, because as Vicent declares, “I am very proud of them.Ralph is a good friend, very important to me.”.

Vicent doesn’t know exactly what day they will arrive in Santiago de Compostela, and it probably doesn’t matter much, because this singular couple seems to live on pilgrimage.. Ralph is his faithful companion, and he helps his friend by carrying everything he needs to live in constant pilgrimage. In fact, as Vicent,

“once we reach Compostela we will leave for Jerusalem.”.

This couple, who were accompanied by a third Pilgrim MTA, have left in recent weeks a curious and amusing picture in the pilgrims’ hostel of San Nicolas de Flue. This will be repeated in the towns through which they will pass by means of the French Camino de Santiago. In fact, we will be able to follow them in their adventure thanks to the account of Instagram in which they show the world Ralph’s paths through France, Spain and Portugal. We will be watching them on their next journey to the Holy Land. Enrique and his donkey Espiri

The Camino de Santiago of the North has also witnessed this month the presence of two friends on pilgrimage, in this case the Spaniard Enrique Balsera and his donkey Espiri. How can we know in the Facebook group about his particular life on the road, this pilgrim from Cordoba, 57 years old, was left paraplegic after an accident accident about five years ago, and promised that if he recovered, he would make a pilgrimage to Santiago de Compostela, Rome and Jerusalem..

Today already recovered, Enrique and Espiri have spent five years touring the different Jacobean routes.. In this Holy Year 2021 has already been seen in Calahorra (La Rioja), Matalebreras and Fuentestrún, (Soria), as well as more recently in Gijón, Cudillero and Panes (Asturias).

“I don’t need maps or a cell phone, just the love of the people I meet.”

Pierre and his “animal”.

But the most shocking case we have heard about in the last few weeks is that of Pierre, a 34-year-old French pilgrim who is in the middle of an accident. on pilgrimage with no more and no less than eleven animalsNoah’s Ark: his particular Noah’s Ark is made up of three donkeys, seven goats and a dog.

About a month ago, Pierre and his furry entourage astonished the inhabitants of Santo Domingo de la Calzada (La Rioja), on their pilgrimage along the French Camino de Santiago. Curious and certainly funny, although the young pilgrim lacks any documentation concerning the animals, let alone the obligatory microchip of the canine, health records, ear tags or rumen bolus.not to mention the obligatory microchip of the canine, sanitary guides, ear tags or ruminal bolus. 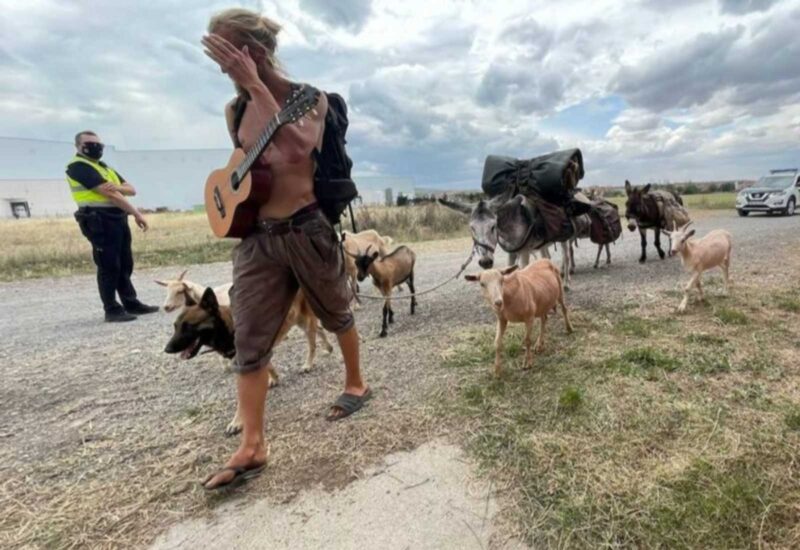 Faced with this situation, the Guardia Civil intervened along with the Seprona, who escorted the group to the bullring of the town, because Pierre must rectify the legal and documentary situation of the animals within 48 hours in order to be able to continue their pilgrimage.. But it turns out that not only did he fail to get the documentation, but Pierre has left with the animals and is currently being searched for by the Guardia Civil..

Seen also in the Sierra de Guadarrama (Madrid), he declares himself to be “peaceful”, a Christian and follower of Jesus, and refuses to be compared to a hippie. While it is true that his behaviour may be reprehensible as irresponsible, he says that his animals are his family, the goats give him milk, the donkey help him with the luggage, and between all of them they give each other company and affection..

These experiences are very personal, and tell us about alternative ways of life that one can find on the pilgrimage to Compostela, like another pilgrim with a donkey that we have seen this summer playing his flute in the last stages of the pilgrimage. French Camino de Santiagoand that also offers a very particular stamp in exchange for the will. 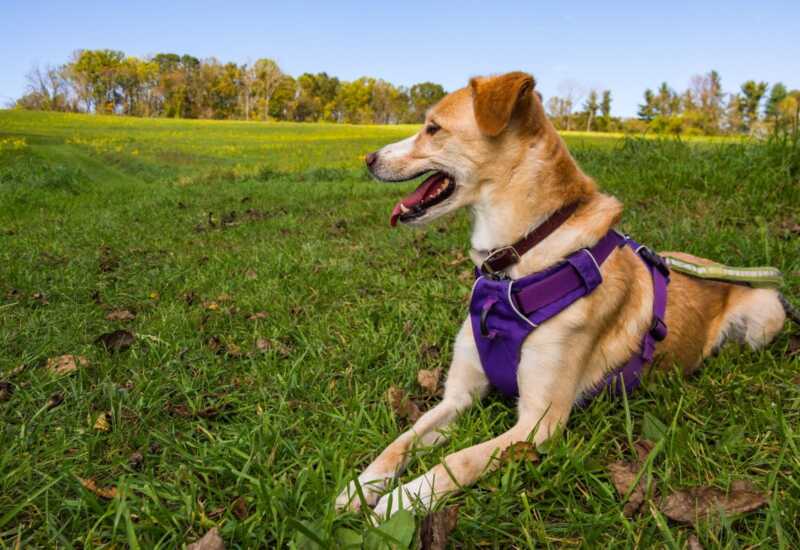