Now we are really in the heart of the Costa da Morte and the Way of the Lighthouses. More long beaches, dunes to “surf”, strange rock formations, shipwrecks, a villainous lighthouse,… a stage of affordable mileage that will give much to talk about, and that takes us from Arou to the town of Camariñas in A Coruña, with some climbs whose landscapes will compensate our effort.

We leave Arou and leave behind the beaches of Area de Arou, Braña de Lazo and Lobeiras and arrive at the Port of Santa Mariña, in the direction of Camariñas. We continue advancing and we will arrive at one of the most emblematic points of the Way of the Lighthouses, Monte Branco and its dune system, which give a panoramic view and a passage to the fascinating beaches of Trece.

We cross the different beaches that compose it and shortly after we will arrive at the Cemetery of the English, where the people of the area buried the English sailors from the British torpedo boat HMS Serpent on the 10th November 1890. Not only this shipwreck, but 7 more and 245 victims are counted in the tragic history of this stretch of coastline, in front of the dangerous Punta do Boi, which presides over this Cape Thirteen. In fact, we will find different crosses and monuments in honor of all the deceased here.

By the way, we are at the 100th kilometre of this Camino de los Faros, right at its halfway point.

The rock formations that we will find in this section will transport us to landscapes of unknown planets, and will suggest recognizable shapes, such as the Bear Stone that we will find after the little Reira Beach. More beaches, Area Longa, Balea and Pedrosa will lead us to the emblematic Vilán Lighthouse, whose original was built in 1854, but the one we see today, after several reforms, was built in 1896, inaugurated as the first electric lighthouse in Spain, and as a result of the aforementioned shipwreck of the Serpent. 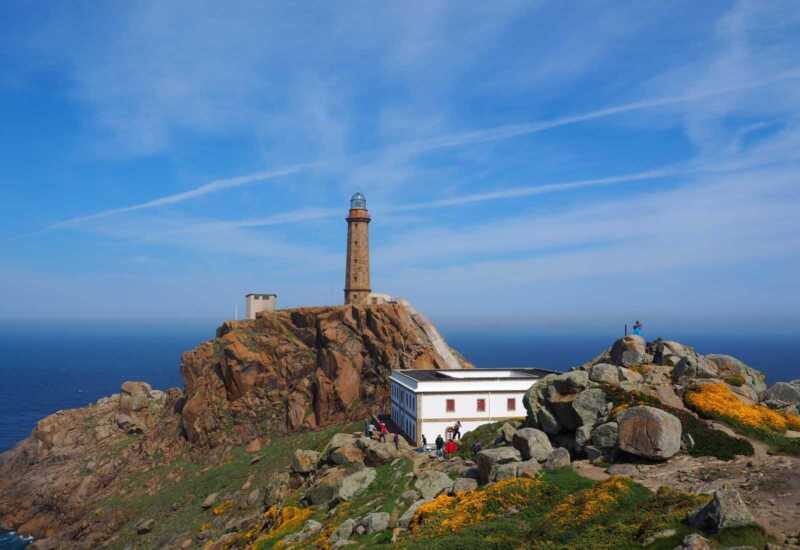 We leave Cape Vilán bordering a fish farm, usual in the area, and then we ascend to the Hermitage of Nuestra Señora del Monte, we pass by the Lago Beach, the small Faro da Viulleira, the Castle Lighthouse and the Soberano Castle itself, a maritime-terrestrial fortress built in the 18th century and which unfortunately is not in its best state of preservation. Thus we arrive at the port and town of Camariñas, famous for its traditional handmade bobbin lace, and that will offer us all kinds of services.

We strongly recommend you to enjoy this stage as much as possible, and to plan it before leaving Arou, since on the way that separates us from Camariñas, we recommend you to go little by little, stopping to contemplate its panoramic views and to learn about its history. We are beginning the second half of this Camino, and we have to make the most of it. 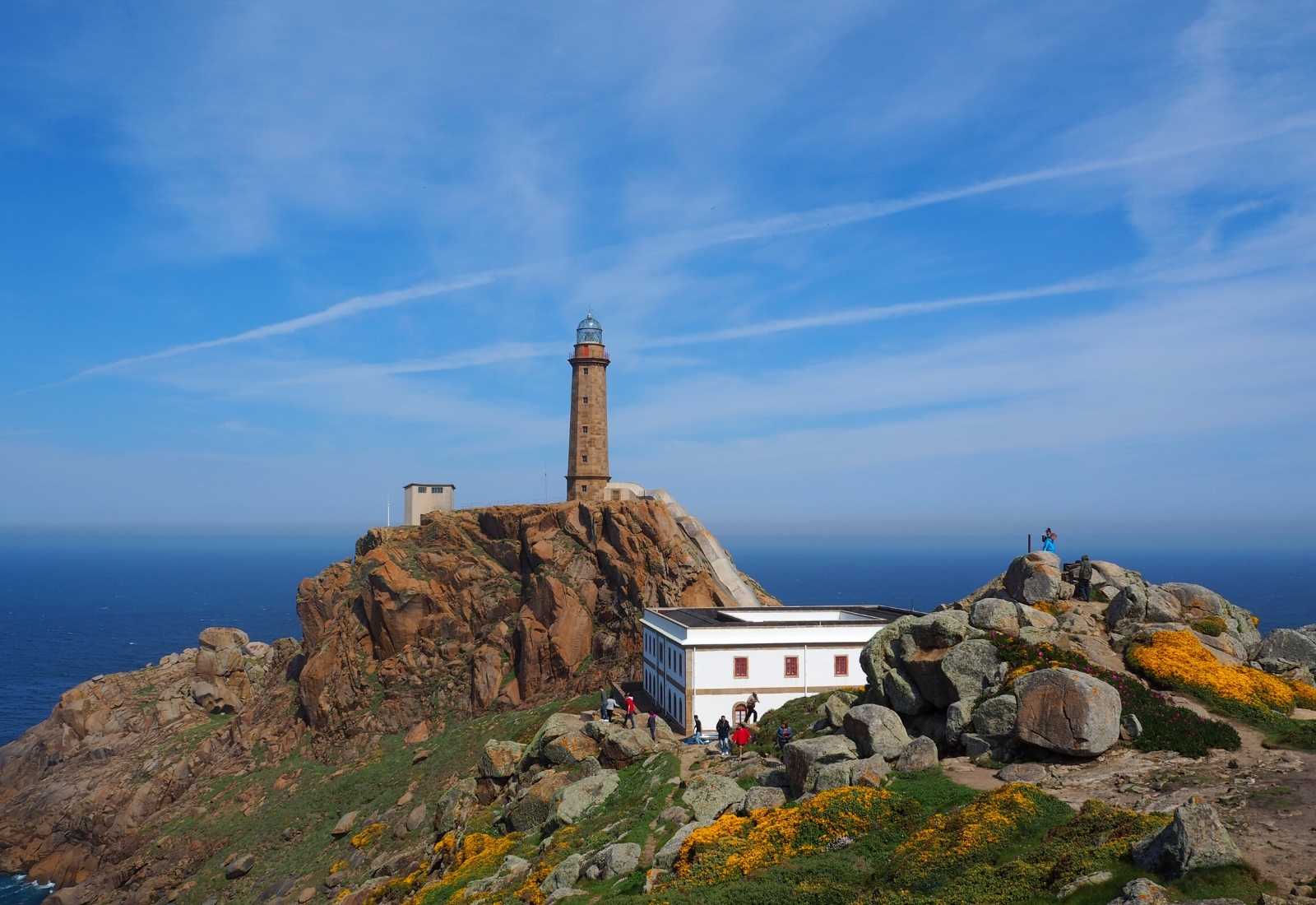 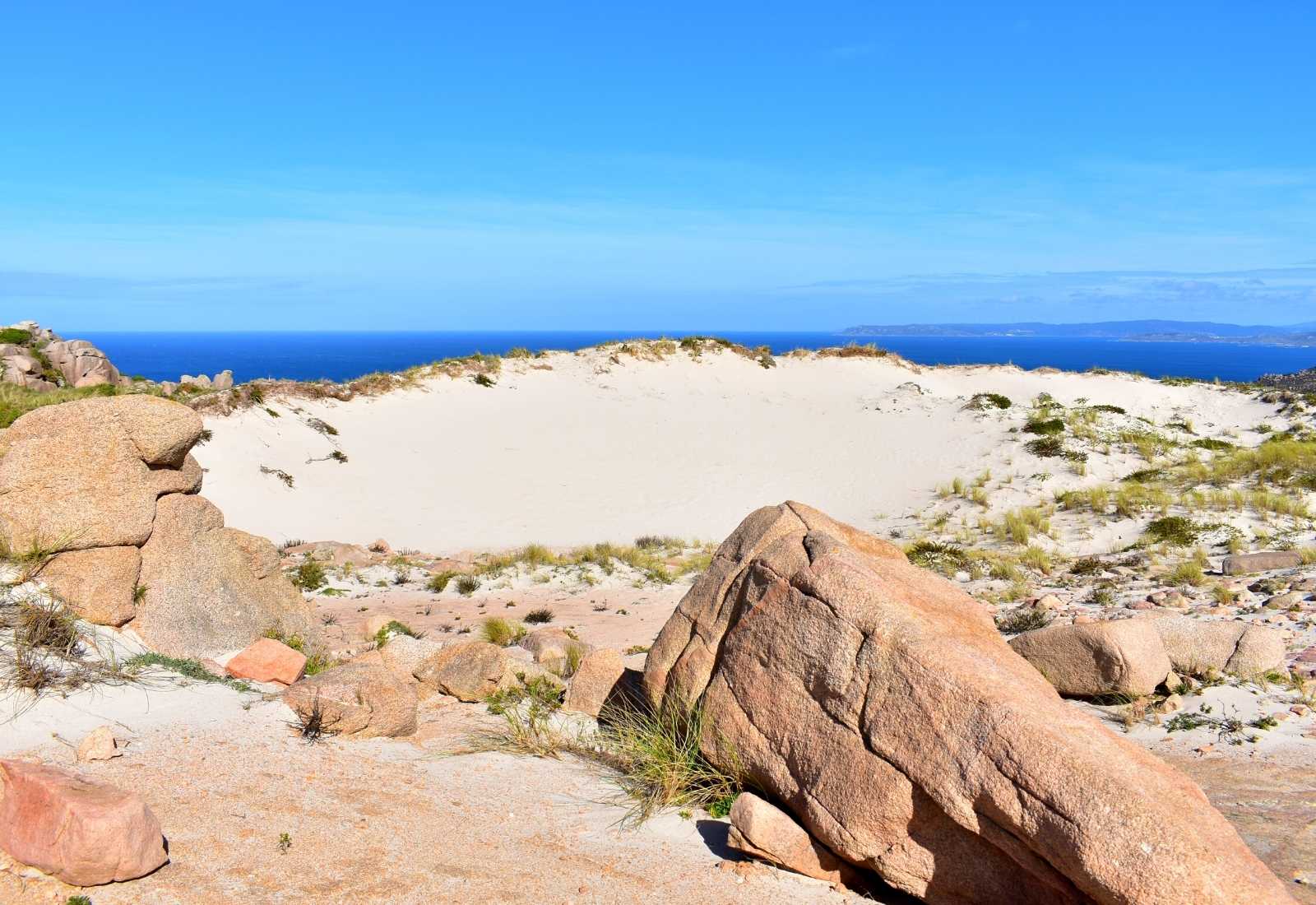 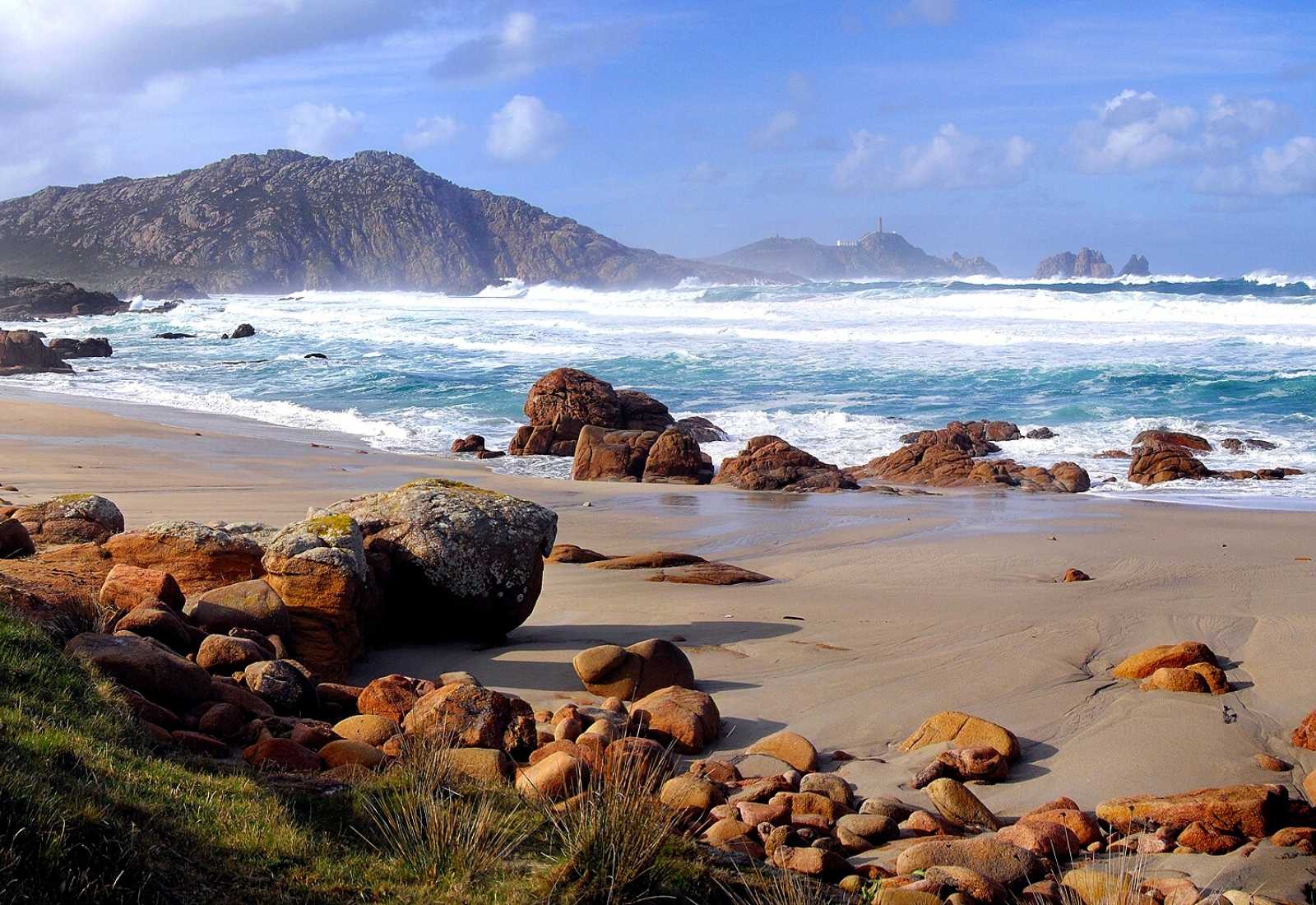 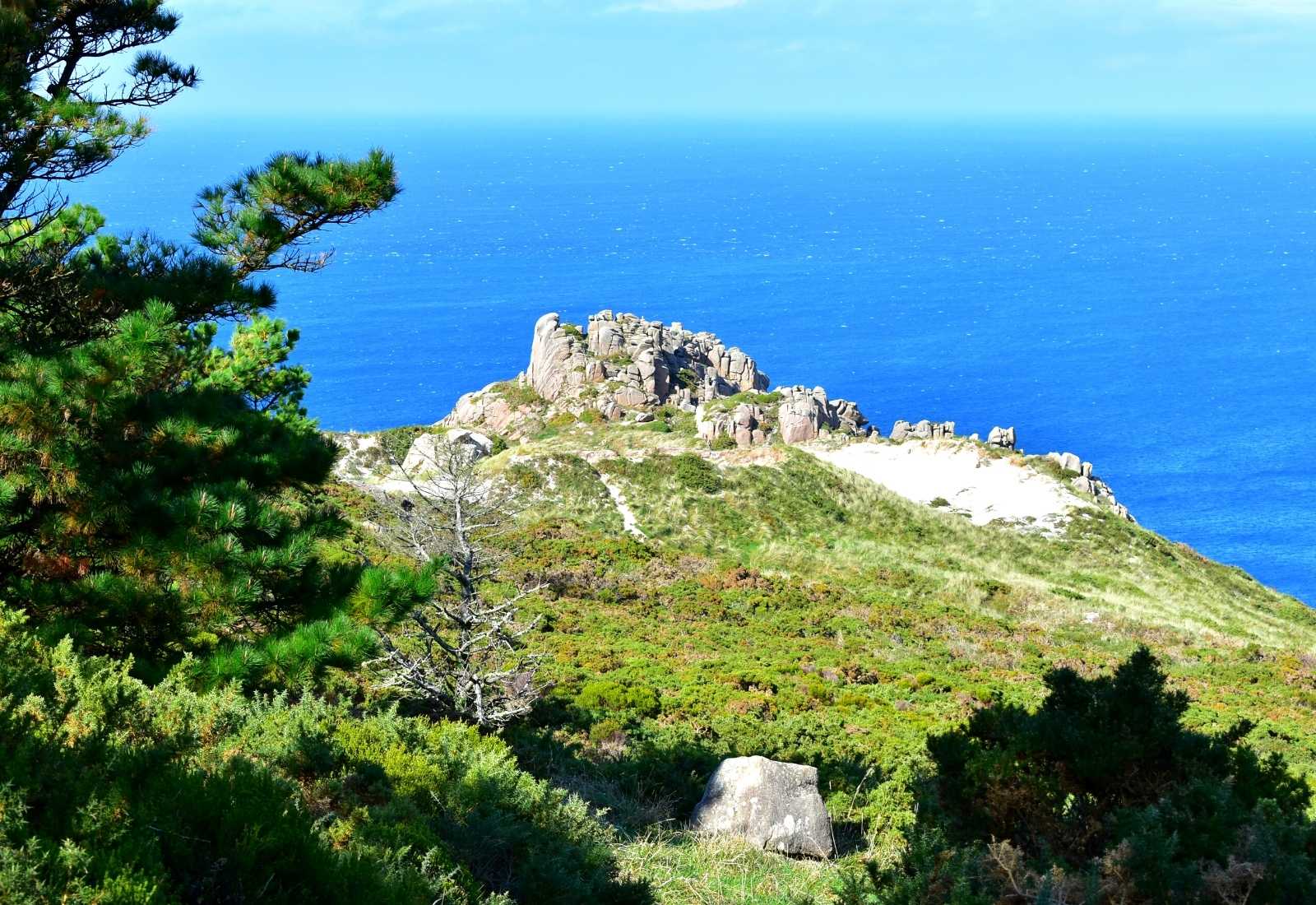 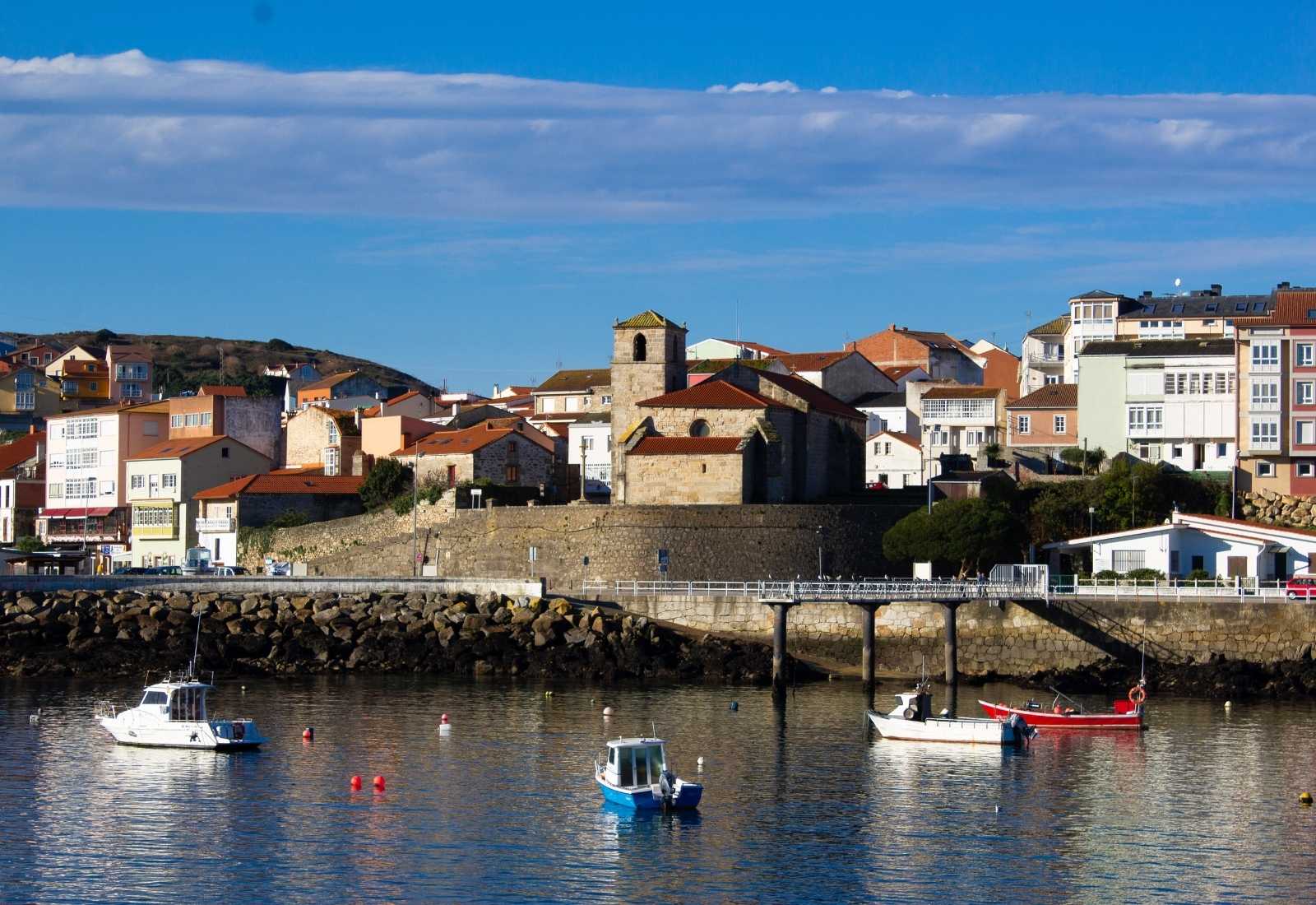