One of the most serious flaws in a blog about the Camino de Santiago is not talking about the Camino Vadiniense, which is usually because it is not a very busy route (so you can get little juice in the economic). However, the true lover of the Path has to know the peculiarities of this route, which is, in our opinion, the hardest that exists.

However, if you like challenges is an exciting route, a route that will mark a before and after in your life Begin!

Historical origin of the Vadiniense road

The name comes from a pre-Roman tribe which occupied the territory of the so-called Vanidia. Vanidia occupied an important territory which is where our route will pass. It is a very interesting route in cultural terms as it includes territories of Castile, Asturias and Cantabria.

However, you have to know what you are facing before making the journey. We don’t consider that the Way is dangerous as such (in this aspect there are worse routes), but it is a very hard route. I’m sure you’ll be interested in: What footwear should you wear to make the road to Santiago? 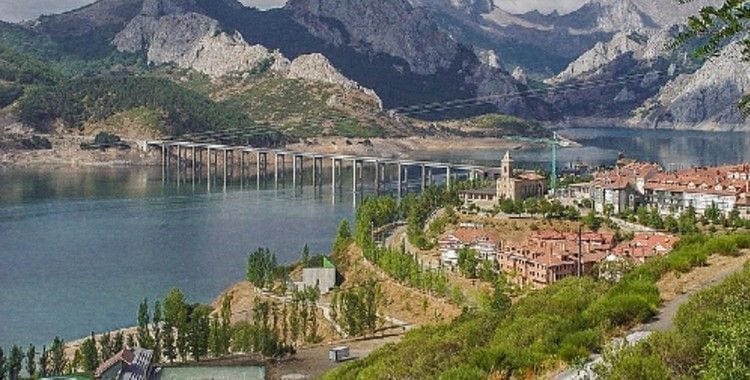 Its hardness rests on the difficulty of the Cantabrian stages. Therefore, it is highly recommended to arrive well prepared to them. But, as we said, it is not a dangerous stretch, there is no great risk of falls or anything remarkable. If you like long distances and hard this is your way.

Interesting Things to Know Before Making a Decision

First of all, before making this journey we recommend a certain experience in mountaineering, more than anything because it is poorly signposted and you may get lost. Only the expertise of one who knows how to move in a mountain will prevent you from getting lost.

In fact, many pilgrims on the Lebaniego Way (also known by this name) expressed their discontent in the Lebaniego Jubilee Year. The most frequent complaint is that the Cantabrian government had spent a lot of money on advertising the route, instead of allowing it to be accessible to everyone. 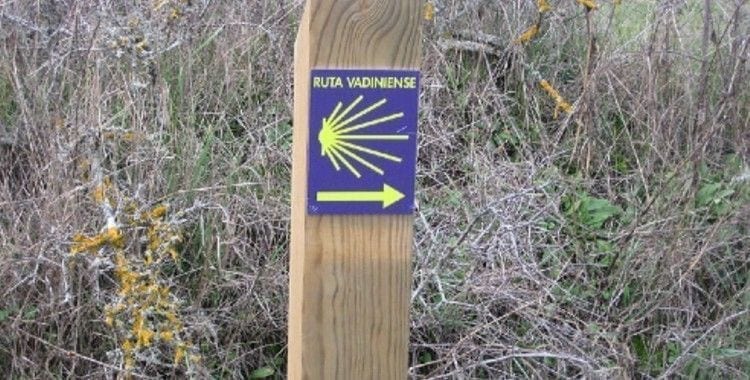 As far as cycling pilgrims are concerned, perhaps this is not the friendliest way to cycle, unlike others who practically invite you to ride it. Therefore, if you decide to use this route in the end, the best thing to do is to be prepared, for example, to change a wheel if you have a flat tyre or so that in certain sections you have to get off the bike due to the impossibility of being on it.

Summary of the stages of the route

The first stage shows us that the route is not going to be easy. In this first stage we will cover 27 kilometres in about 7 hours.

Starting in San Vicente de la Barquera it is advisable to stop to observe the church of Santa María de los Ángeles, which is a good representative of the Gothic movement. We can also see the King’s Castle.

We will pass through La Acebosa arriving at Hortigal in just 5 kilometers. We will pass through Gandarilla until we reach Bielva. As you can see, we are dealing with very small towns with very little population. In Cades we will be able to see the great forge that dates back to the 18th century.

Finally, we will pass by Sobrelapeña and we will arrive to Lafuente where we can observe the Romanesque church of Santa Juliana. 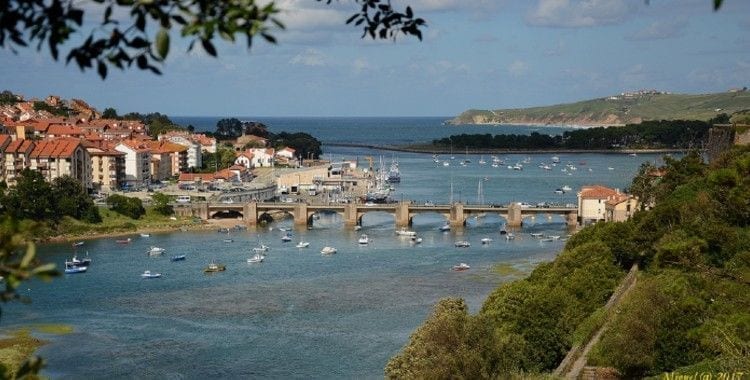 We continue with a medium-long stage (about 26 kilometers) but that stands out for being very tough, so be careful with it. It will take us approximately 8 hours to cover it. Don’t let it get to you at night, be foresighted.

Leaving Lafuente we will pass through Burio until we reach Cicera. In Cicera it is necessary to be careful because in 2015 the itinerary was modified.

In Lebaña we can see the Church of Santa María Lebeña, which is quite old as it dates from the tenth century. It should be noted that this church is one of the most important in its style in all of Cantabria. It’s worth a visit.

In Potes we will be able to see the entrance to the Picos de Europa. The name of the village comes to mean village of bridges. 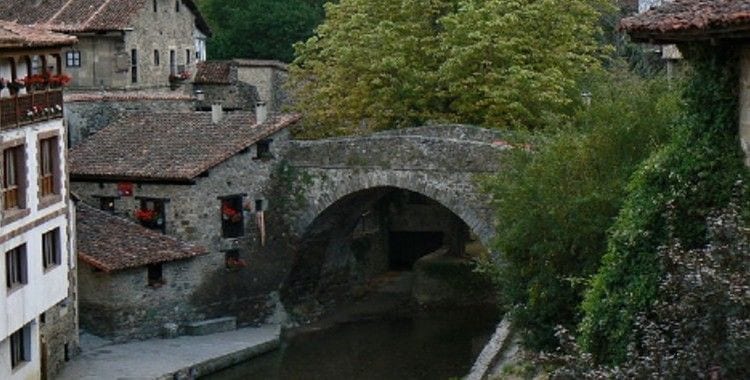 A really difficult and long stage, as it measures about 30 kilometers. For this reason it will take us almost 9 hours and a half to get around it. If you go with children (which is not recommended on this tour) the best thing is to divide it into 2.

At this stage we will pass through such important monuments as the Monastery of Santo Toribio de Liébana, which holds the lignum crucis, that is, the largest piece of wood of the cross on which Jesus Christ was crucified.

In Mogrovejo, the Church of Nuestra Señora de la Asunción should be highlighted. In Fuente Dé we will be able to take a cable car (if we want) to be able to have even better views of the impressive landscape.

One of the best things about this stage is that it gives us a little truce. It barely lasts 22 kilometers, but that will take us almost 7 hours to travel. In this stage we will be able to visit Horcada de Valcavao, the port of Pandetrave and Portilla de la Reina.

Sincerely, for us the best of this stage is the exceptional landscape. 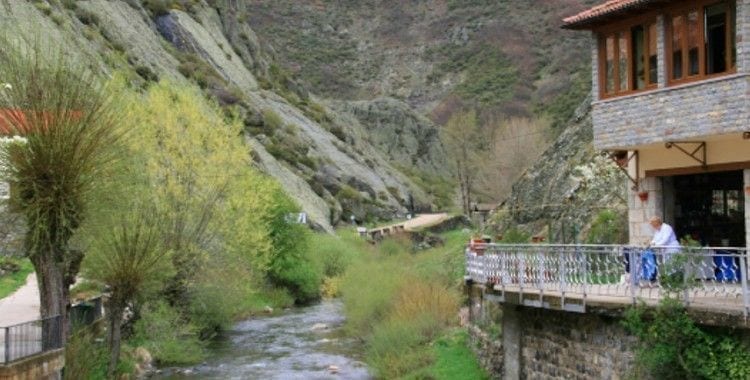 Luckily, the Way is already beginning to sweeten. We believe that the Way is beautiful because it is beautiful, not because it is hard, so if it is softer, more people will be able to enjoy it without losing its beauty. This stage is 20 kilometres long and is covered very quickly, in about 5 hours.

In Barniedo de la Reina we will see the parish church of San Vicente. In Riaño do not expect to see many old buildings, as most of the village has had to be built to be flooded by the dam.

However, the church of the Rosary is very well preserved and is very nice to see. It’s from the 13th century.

Once again, we find ourselves with a stage of little difficulty in which the cultural is more important than the landscape. We are faced with a journey of 20 kilometers that we will cover in about 5 hours and a quarter.

The Calada Romana del Esla, which is normally known as Via Romana de la Conquista (Roman Way of the Conquest), is worth a visit. It is a good way to teach the little ones the importance that Rome had in our country, as well as in much of Europe.

We end in Crémenes, where we will find a beautiful neo-Romanesque church.

One of the shortest stages of a route that we are starting to finish, it barely lasts 17 kilometres. In about 5 hours we will have covered it without problems, perhaps less (although this always depends on the pace we have and our physical condition).

A highlight of this tour: 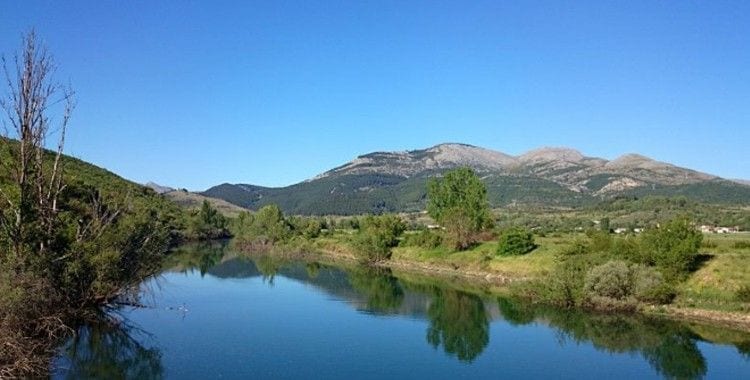 It increases the distance but not much. This time we’ll go 23 kilometers. In six hours we’ll have it ventilated. The most outstanding of this stage is the Cistercian Monastery of Santa María la Real. Note that it is a Historic-Artistic Monument. 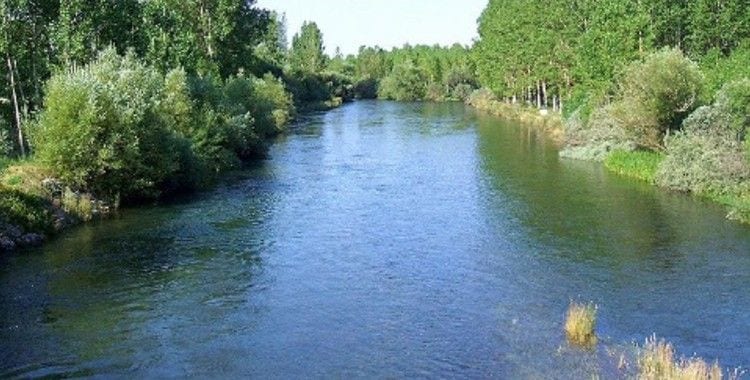 Of similar distance to the previous one to point out that it is not a stage of special interest, more than to be the final stage it will not pass for much more to our memory.

In San Miguel de Escalada we can see its monastery dates from 913. It stands on the remains of an ancient Visigoth temple.

In Mansilla de las Mulas we will be able to see the hermitage and the church of Santa María, which dates from the 13th century. 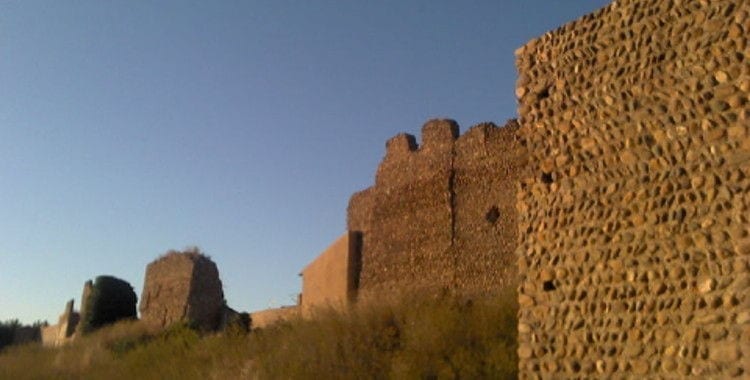