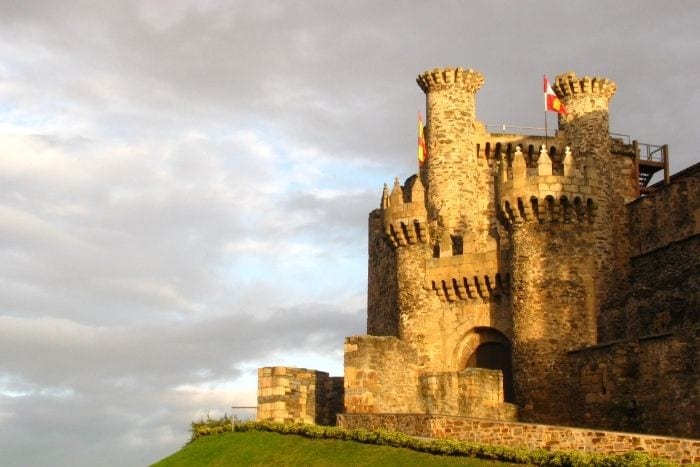 Ponferrada is the administrative capital of the Bierzo region. Located geographically in the northwest of the province of León, for centuries it has been an obligatory passage between the plateau and the neighbouring Galician lands. This characteristic, together with the emergence of the Way of Saint James, has favoured the settlement of different settlers and cultures that have favoured the growth of the municipality throughout the centuries.

Finding its origins is not easy, because although there are signs of some prehistoric settlement on the banks of the river Sil, it will not be until the Middle Ages when the existence of a settlement around the Camino de Santiago is established. The history of Ponferrada is linked to its rivers and bridges. Thus, in the eleventh century the Bishop Osmundo de Astorga ordered the construction of a bridge over the river Sil to facilitate the passage of pilgrims on the Camino de Santiago.

This first bridge was provided with iron chains, so it was called Pons Ferrata or Iron Bridge, and later it was used to give name to the city of Ponferrada. Later, in the 16th century, a new stone bridge was erected to cross its other main river, the Boeza, a pass that still remains today as a pedestrian use. In the 12th century, the first walls of the Ponferrada Castle were built, which would house the Knights Templar who had come to protect the Pilgrim’s Way to Santiago for more than a century. 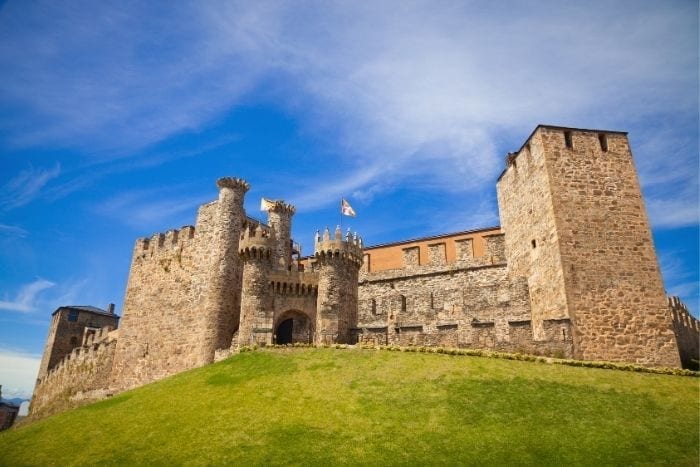 Meanwhile, in the villages, life develops incessantly and calmly. Many of its inhabitants will decide to go down to the village in search of better opportunities, increasing the census and the economic growth of the village. On September 4, 1908, King Alfonso XIII granted Ponferrada the Title of City. After more than a century, Ponferrada celebrates it with a new bridge, the Centenary Bridge. Today Ponferrada is a city and municipality, development and history.

What to see in Ponferrada

Ponferrada has two well-differentiated parts, the historic centre, where the monuments are concentrated, and the new city, where the services and shops are concentrated. From the historical centre, of reduced dimensions, we recommend you to start in the Avenida del Castillo at the height of the Plaza del Temple. Next to the Castle, since a few steps further you will find the small church of San Andrés of the XVII century.

If you go back to the square and take Calle Gil y Carrasco you will pass in front of the Casa de los Escudos (House of Shields) where the Radio Museum has been installed. At the end of the street is the tourist office, and from there you only have to climb a few meters to be in front of the Basilica of Nuestra Señora de la Encina, a Renaissance temple that guards the patron saint of the city, the Virgen de la Encina. According to legend, it was brought from Jerusalem by Santo Toribio and guarded in Astorga. Until the Muslim incursions when, for security reasons, it was decided to bury it in a secluded area, choosing an oak grove in El Bierzo.

The centre of the city

Centuries later, while the Templars were building their fortress, exploiting the nearby holm oaks, it was found and turned into the patron saint of the place. Following the Calle del Reloj you can see the Torre del Reloj, the only thing that remains of the old walled enclosure of the city, and the old prison that functioned until 1968 and that today has been conditioned to house the Museo del Bierzo. At the end of the street is the Plaza del Ayuntamiento (Town Hall Square), with pleasant cafés taking advantage of the shelter of the arcades and from which there are several medieval alleys that are worth walking through.

In the new part of the city are concentrated shops and cafes around the Avenida de España, some of these streets are pedestrian, so it is worth parking your car to visit this part of Ponferrada. In this area you will find the last of the museums in the city, the Railway Museum. If what you feel like is having a drink, then the neighbourhood to which you must go is the one known as Barrio del Temple, on the other side of the train tracks and if you are one of those who endures until dawn, you must go to the Big Apple, at the exit of the city, where the discotheques are concentrated. 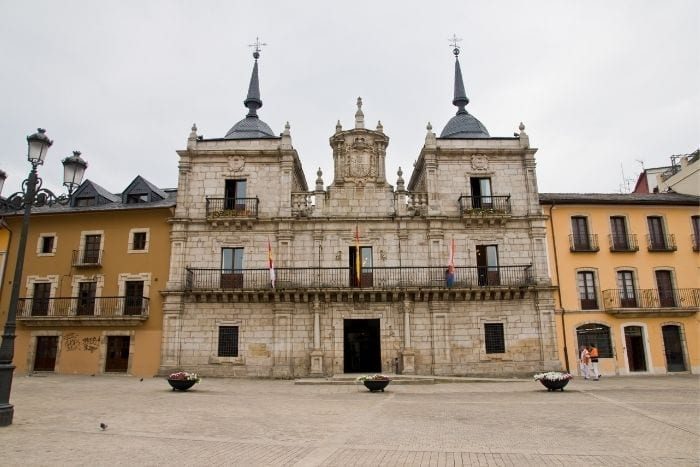 Where to Eat in Ponferrada

The whole city is full of bars and restaurants, our recommendations are the Restaurant 7 Sillas, with delicious food and views of the square, is one of the most famous of Ponferrada, another very good option is La Casona, local cuisine and charming atmosphere.

–Footwear to make the Way of Saint James