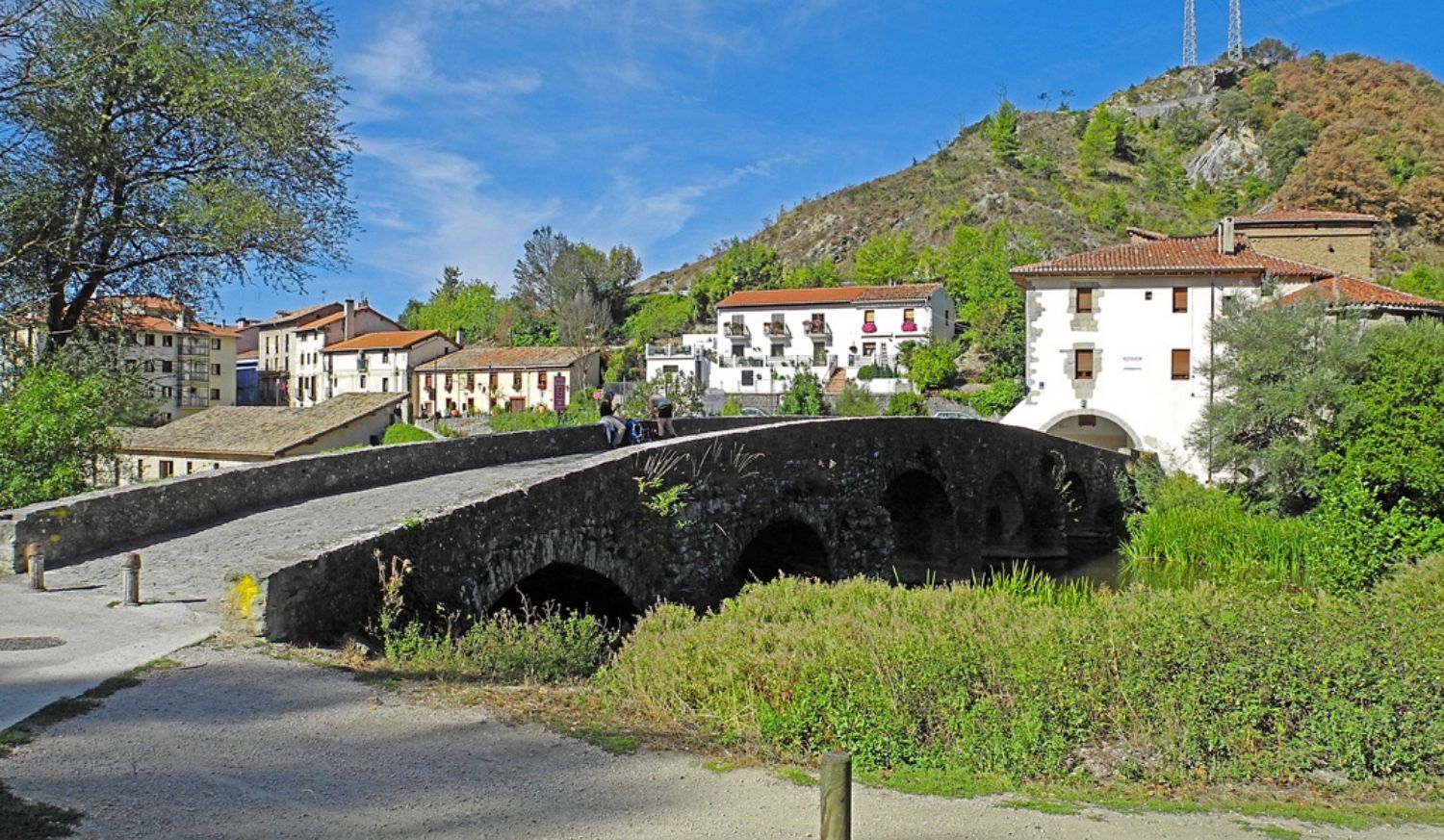 Arre is a council of the municipality of Ezcabarte, located in the region of Ultzamaldea within the Merindad de Pamplona and located on the French Way. It is the most populated town in the valley, with 993 inhabitants and a great heritage to explore. It is a quiet place where you can enjoy a cultural, natural and peaceful stay.

What to see and do in Arre

The Basilica of the trinity of Arre

This interesting building is located on the southern boundary of Arre and bordering Villava-Atarrabia. The basilica and the old bridge that spans the Ultzama river make an architectural ensemble of great beauty. The original temple is of rural Romanesque type with a single nave with tower and chevet with semicircular apse. It is thought to have been erected at the end of the 12th century or the beginning of the 13th century. The chevet is the best preserved part, where Romanesque elements of the original temple can be seen.

Under the present roof there are remains of the original stone slab roof, under them the eaves and the corbels that support it are still in very good condition. In 1891 a house was added to the façade, which includes the Romanesque doorway. Through an atrium, you can access the Romanesque doorway, which has undergone several alterations and consists of a semicircular arch with three archivolts and an exterior moulded rain-guard. 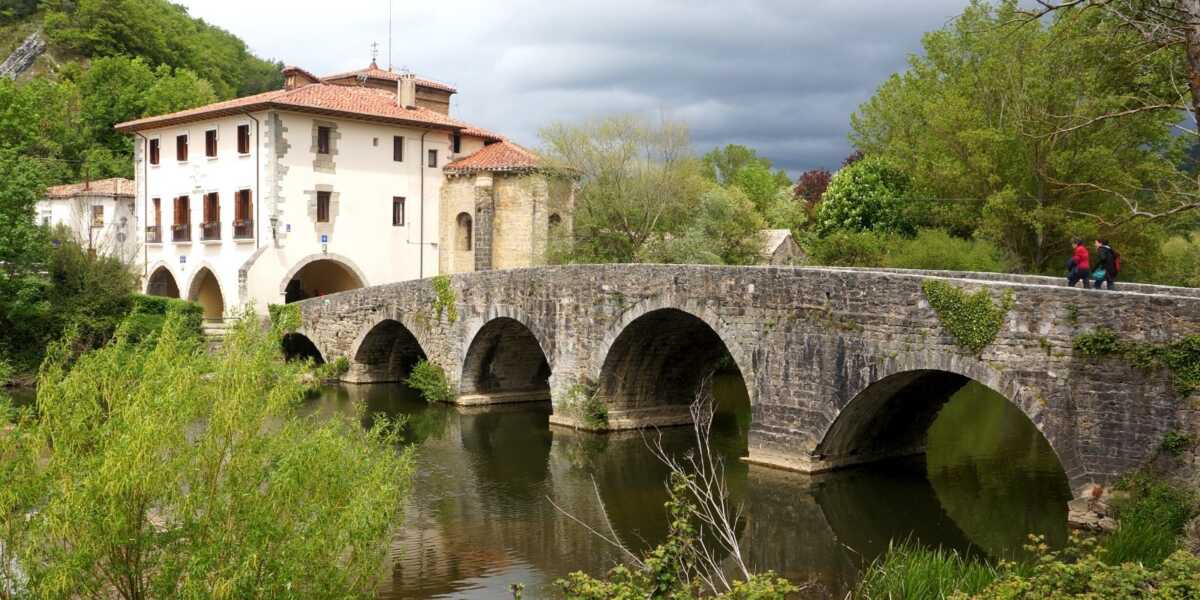 The old bridge of Arre

It is a bridge of medieval origin, although it is currently very remodelled. It is composed of two semicircular eyes, one of them a little lowered. It is slightly cambered, reaching the highest point on the second one, leaving an asymmetrical bridge. The construction conserves its two triangular cutwaters that over the bridge generate beautiful viewpoints towards the river Ultzama.

In this case, it is a single nave church, with a tower at the base and a semicircular chancel. Another interesting temple that the traveller can visit to get into history. Two small side chapels were added to the sides. It is determined that it is a transitional church between Romanesque and Gothic, from the early thirteenth century by the style of its slightly pointed arches. The barrel vault structure of the original nave has been preserved.

The Trinity Bridge of Arre

This is the bridge attached to the hermitage, so it should be understood as a whole and can be seen on the same visit. It is of Romanesque origin, on the bed of the river Ultzama. The bridge next to the hermitage and the hospital for the care of pilgrims are historically linked to the pilgrims on their way to Pamplona, who used to cross the bridge to reach the city of Pamplona. The construction is made up of six semicircular arches and has a slight cant. It has five cutwaters upstream with the mission of protecting the bridge from the push of the water. 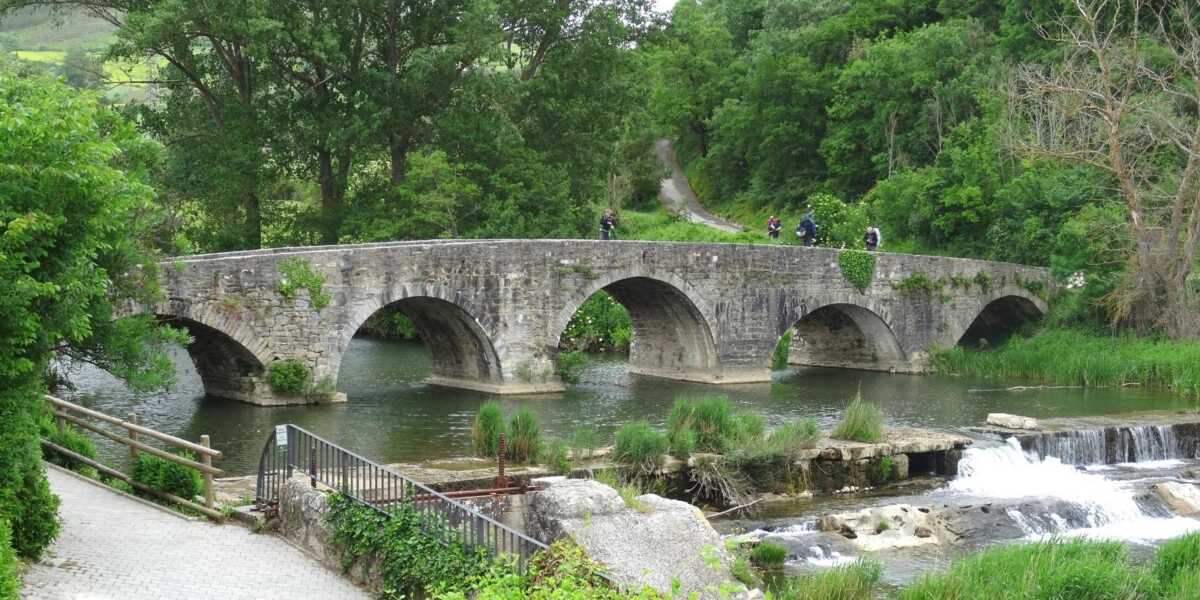