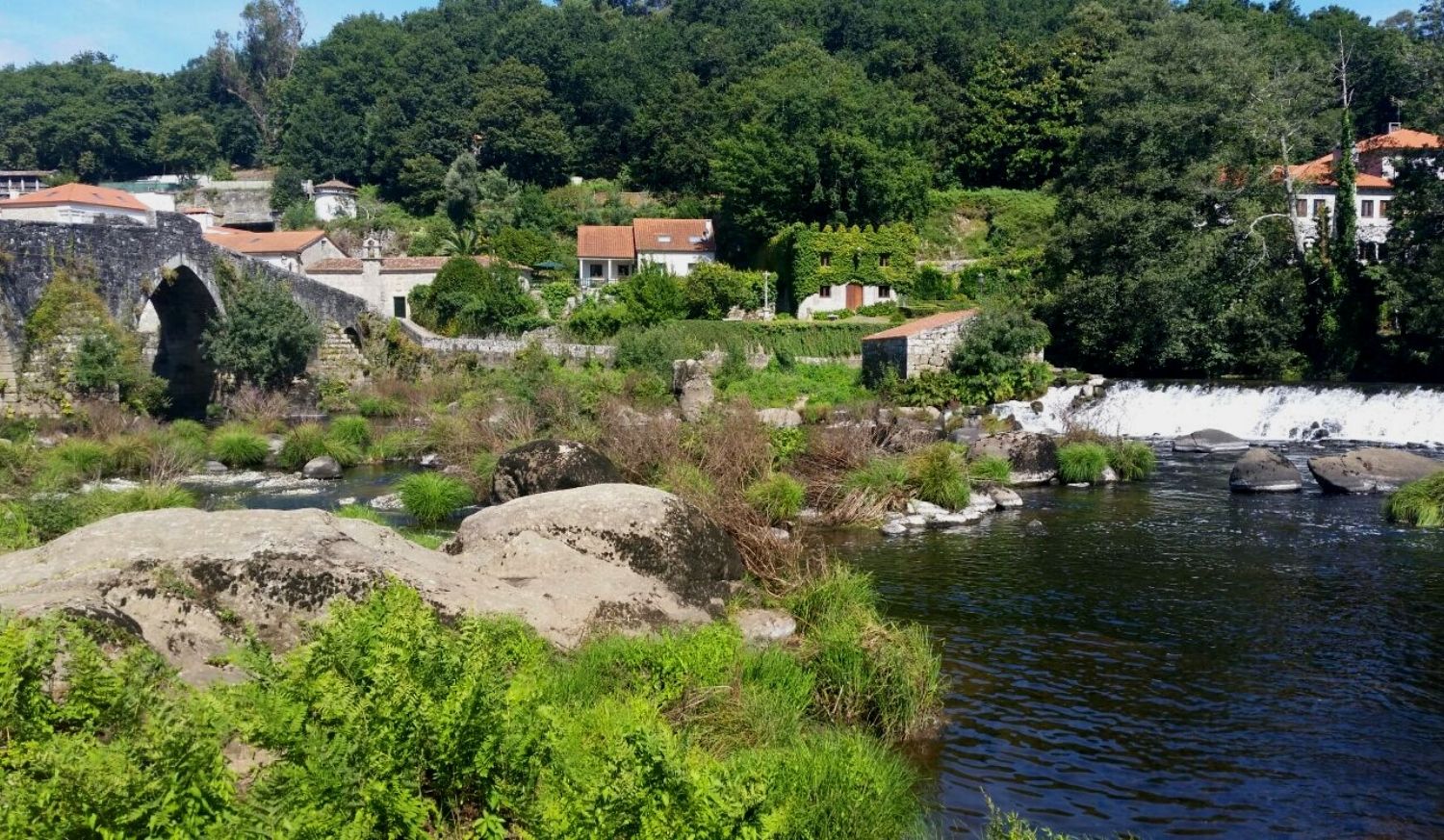 Negreira is a beautiful village with a privileged location, as it is only 20 km from the capital of Galicia. In spite of its agile connection with the city, it preserves its village essence and lives from the potential of its livestock and agriculture. Here you can enjoy the tranquility of country life and the hospitality of its neighbors, a last contact with nature before approaching the urban noise.

This area has a great heritage of interest for travellers and tourists, preserving remains of a Roman past in its architecture and being a land of lush landscapes. A place of tradition, craftsmanship, culture and unspoilt nature to the delight of walkers.

what to see and do in negreira

The Museum of the Galician People

The Museum of the Galician People brings together the pieces of greatest historical interest found in the area, so a visit to this centre can be most rewarding. In it you can see inscriptions engraved in granite of the Roman culture that left its trace in Negreira and surroundings as well as different findings of special relevance.

This Roman bridge from the Middle Ages that is located over the river Tambre is the border between Negreira and Ames. It is a beautiful medieval bridge composed of a central semicircular arch and several lateral arches. It has a structure with granite ashlars, nowadays very darkened by fungus, with an irregular carving in the lower part. It has a narrow roadway, a very typical construction of the time that is preserved to the delight of visitors. 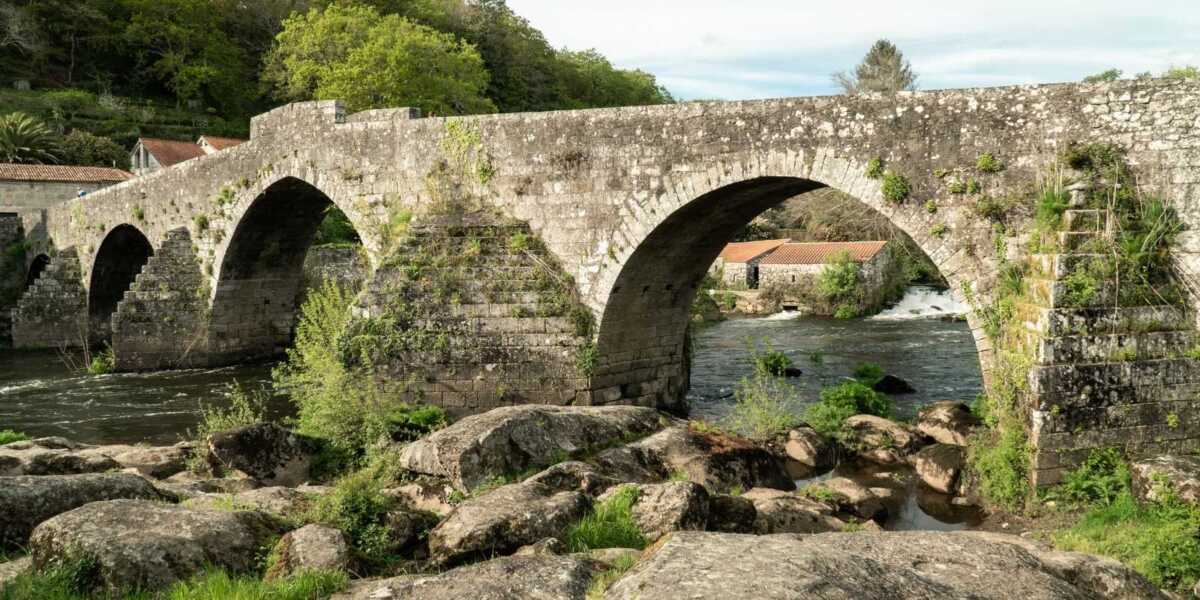 In Negreira you can also find this imposing medieval fortress that nowadays has undergone a few reforms, although its origins can still be subtly noticed in the structure. It features a large fireplace and a stone gallery that can be easily seen from the main street. The gallery links the Pazo de Cotón with the Chapel of San Mauro through a beautiful triple stone arcade. You can access to its interior and observe the collection of different coats of arms of families relevant to the history of Galicia.

The Chapel of San Mauro is one of the most important religious and artistic heritage of the area. Together, together with the Pazo, they add up to three naves built in the 18th century. The chapel itself is a rectangular plan with a gabled nave. This construction in its entirety is one of the most interesting visits that can be made in the town, captivating from the outside and from the inside. 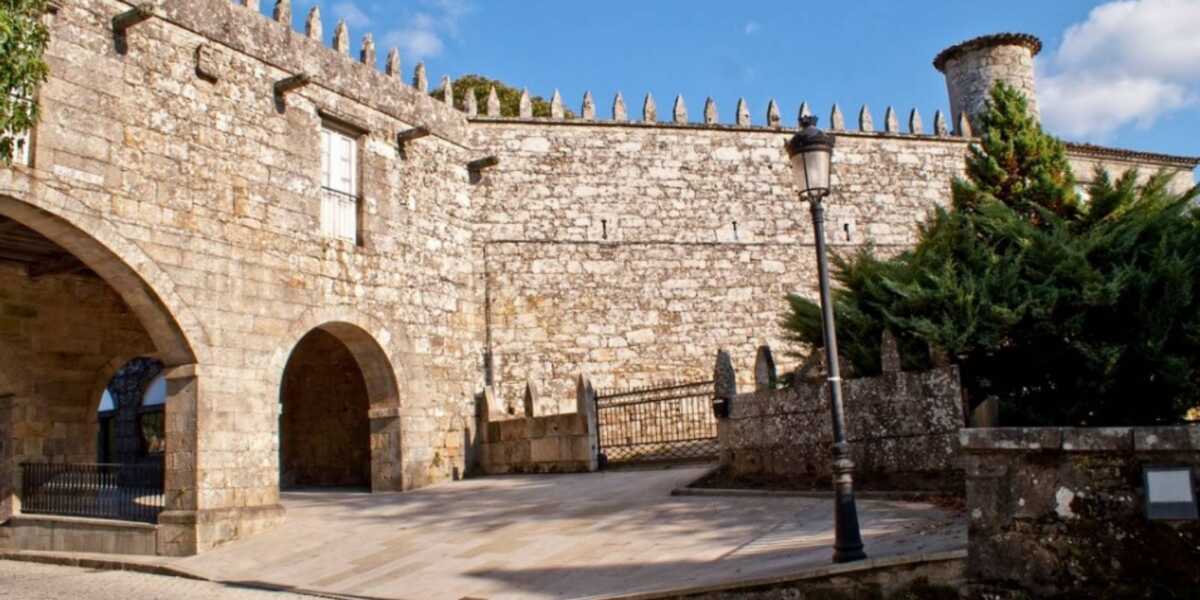 This is one of the most complete Romanesque churches in the whole region, territory of the Bieito monks and dependent on San Martiño Pinario. A beautiful building of great architectural interest that can be found in the easternmost parish of the town hall. Both the façade and the tower belong to the 17th century and consist of a nave with four bays with three pairs of half-columns, prismatic buttresses, blind arches, lateral portal and apsidal acroteria. A work to contemplate when passing through Negreira without any doubt.

Hiking is a great plan when you pass through Negreira, as the city council of this beautiful village has a route called the Three Peacefuls at the disposal of all nature lovers. It is a route of about 15 km taking advantage of the Xacobean route between Ponte Maceira and the village. It starts at Pazo do Cotón, goes along the beautiful river walk to Pedra Mármoa, passes through Bergando, Ponte Maceira and Chancela. At this last point is the pazo of Albariña, the last of the three that give the route its name. Passing through it you experience an excellent visual mix of nature and architectural heritage.

This aforementioned Pazo de Albariña is another example of the medieval trace that reigns in Negreira, another element that transports the traveller to past times. Despite its medieval structure there are also remnants of later times included in the reforms undergone over the years. It forms an L-shaped construction and is two storeys high, with a very marked tower and thick walls in one of its arms.

It is surrounded by a beautiful garden in which it is worthwhile to repair and rest. In it there are two granaries, a pombal and it is surrounded by an incredible stone wall that lets you see the circular pillars at the entrance.

Tribute to the Pilgrim

Negreira has a great tradition as for the Jacobean route, with special incision for his geographical proximity with Santiago de Compostela for what the pilgrim is a relevant and dear figure in this villa. So much so that you can visit a statue that pays homage to this figure presiding over the Avenida de Santiago. 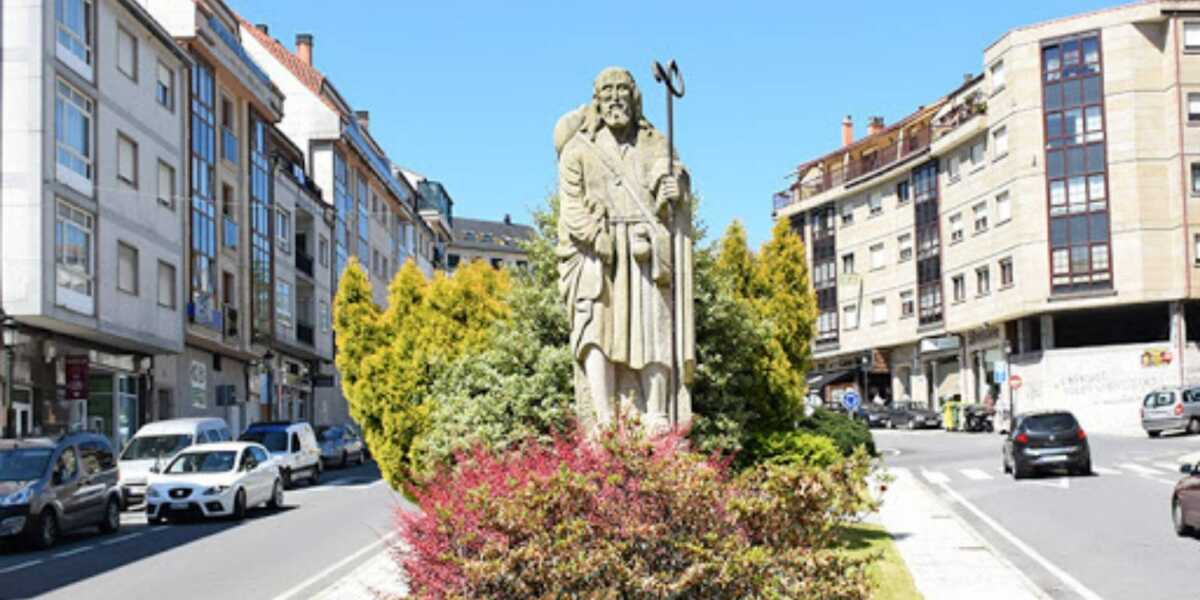