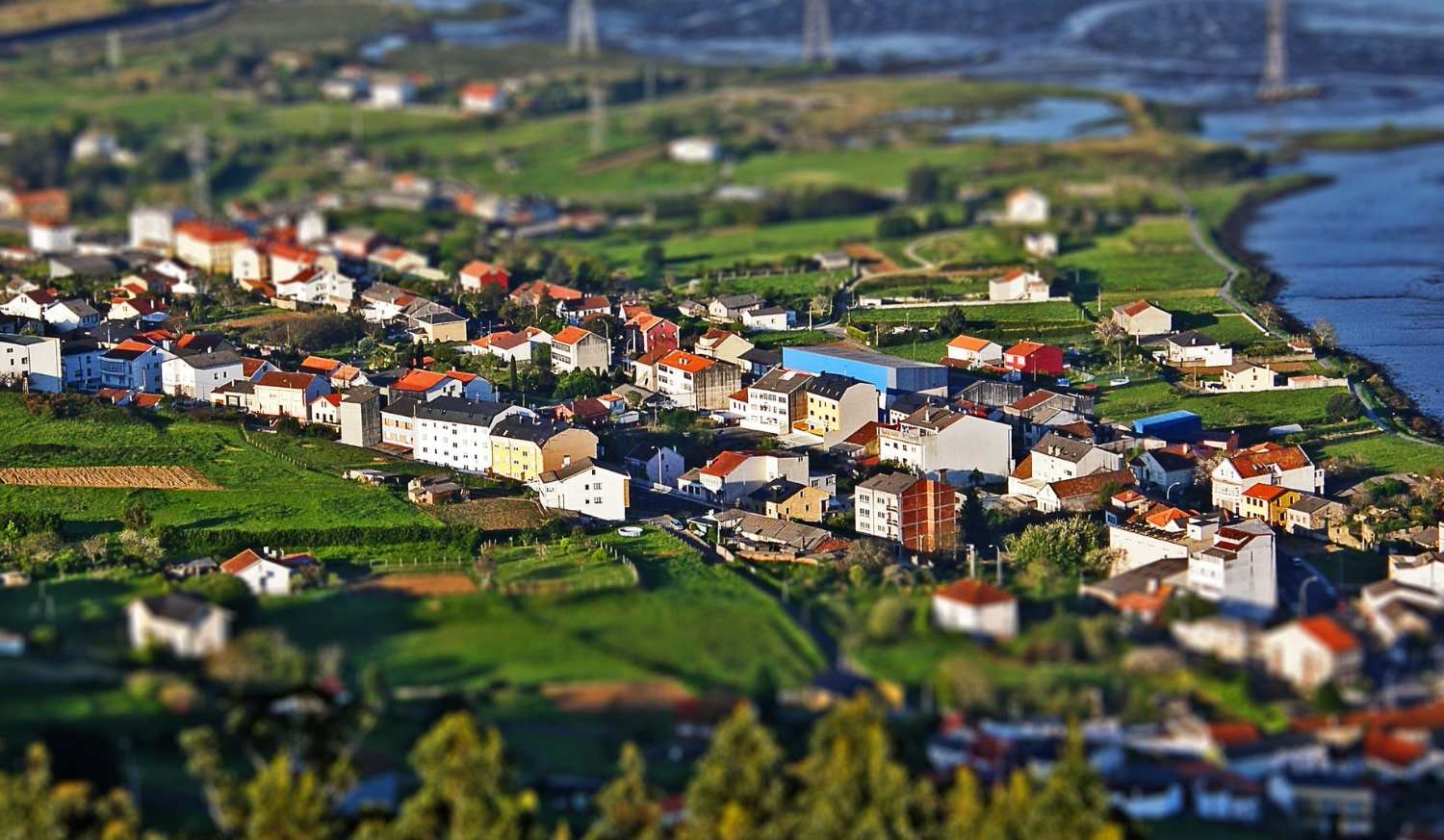 At the end of the Ferrol estuary we find the charming village of Neda, one of the most beautiful municipalities in this northern area and part of two important pilgrimage routes: The English Way and the Way to San Andrés de Teixido.

For centuries, the development of the village revolved around the river Belelle. On its banks not only the evolution of the town’s society took place, but also an important industry around the bread thanks to the large number of mills in the area.

What to see and do in Neda

Bread is so important in Neda that it deserves to be marked as a monument. The tradition of the baker’s village goes back a long way. In the 16th century, Philip II chose Neda to settle the so-called “Casas Reales”, biscuit factories and provision furnaces due to the excellent communication of the town with the port of Ferrol and the excellent waters of the river Belelle for the bleaching of yarns. In this way, for a century, biscuits and cakes were made for the armies of the Kings of Spain.

Some time later, in 1917, a study was published which analysed the water of the Belelle River, concluding that it was extremely pure and that the flours made with this water had excellent qualities of whiteness and substance. This is how Neda came to be considered the wheat capital of Galicia.

Nowadays the cereal is no longer ground with water mills, but there are still unbeatable resources that make the Neda Breadto be one of the most famous of all the Galician community. 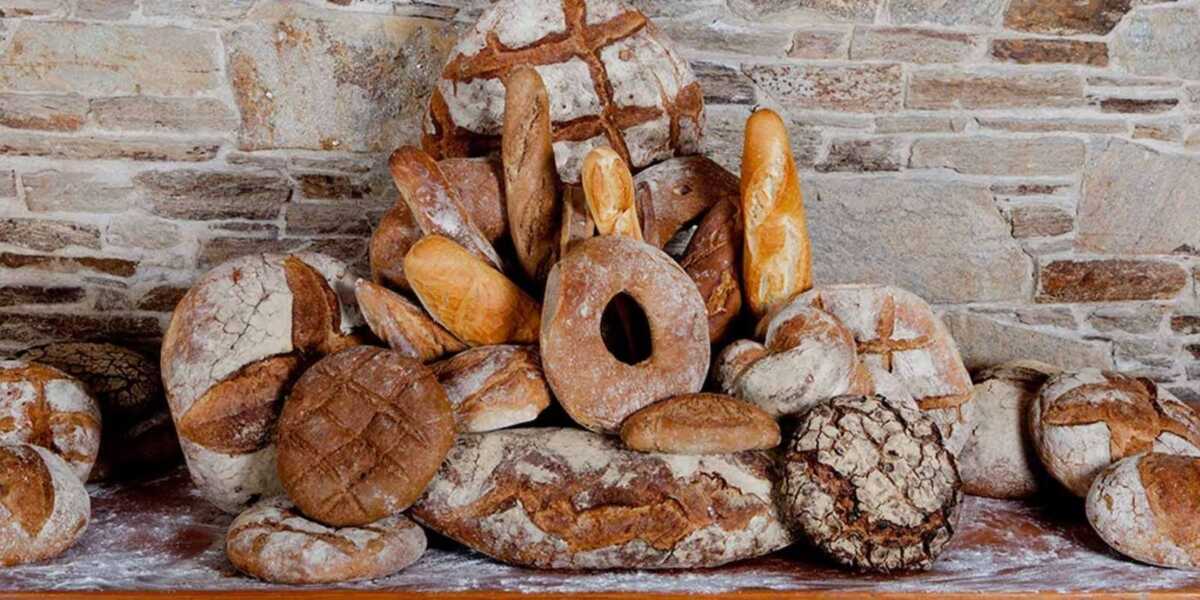 Church of Santa Maria and cruceiro

The church of Santa María is located in the town centre of Neda, surrounded by a wide atrium in which there is also a nineteenth-century stone cross and a stone fountain.

The church began to rise in 1720 over a previous building, possibly from the 10th century. Stylistically framed in the rural baroque, inside the most remarkable element is the Christ of the Chain. An English Gothic Tudor Christ, moved in 1550 by John Dutton, who was fleeing religious persecution in England.

Legend has it that this figure arrived in Neda floating in the sea and that once it was placed in the church, it tried to return to the sea again and again. Seeing that the same thing always happened, the parishioners decided to chain the carving to the main altar, hence the name it receives today. 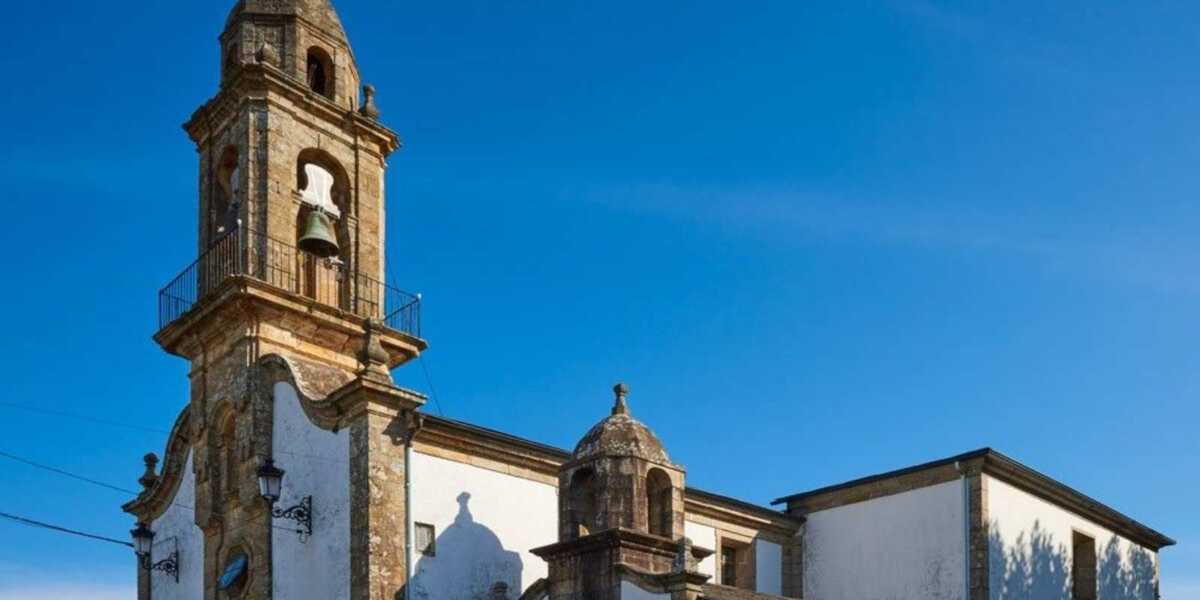 The late Gothic church of San Nicolás, built in the middle of the 14th century, is mentioned for the first time in a document from 1397, which brings us closer to the time of its construction. Only the main chapel remains from that time. However, a window located in the side wall makes us think of a Romanesque construction. It has a Latin cross floor plan with a single nave with two bays and a rectangular apse covered by a ribbed vault.

Traditionally it becomes a place of pilgrimage on Mondays where devotees go on foot to deposit candles and ask for the saint’s favors. According to custom, they must go at least three Mondays. These pilgrimages are the so-called St. Nicholas Walks and the saint is known as the advocate of difficult cases. 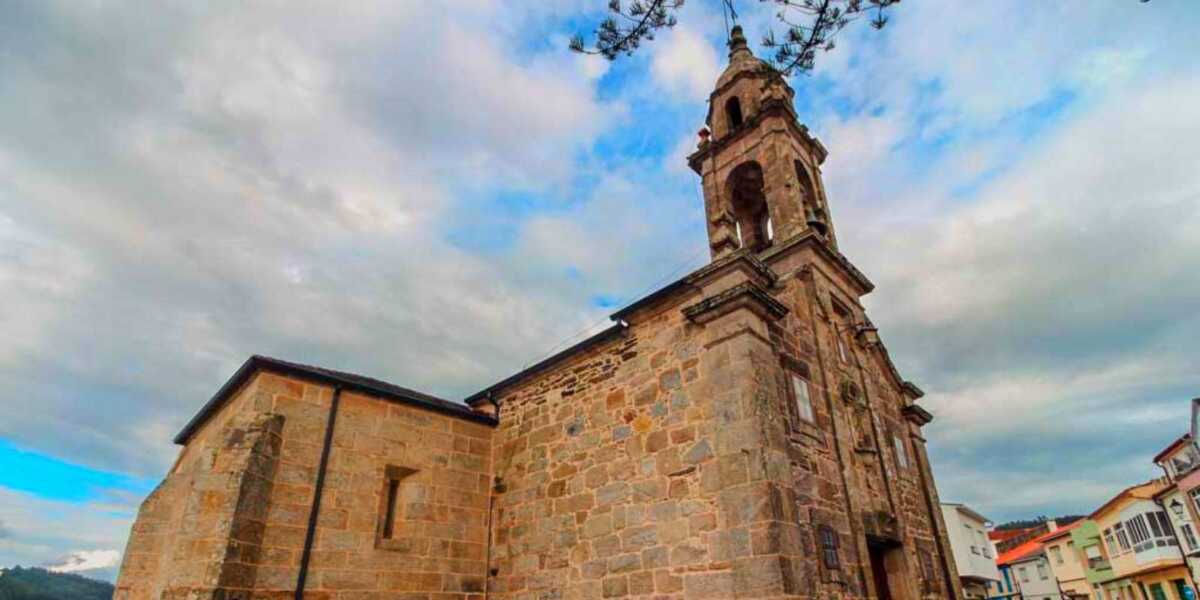 It is a 14th century Gothic cross carved in Galician granite by an expert stonemason of this land. It is perhaps the most representative cross of Neda and possibly together with the one in Melide the oldest in Galicia. Only the most important part of the primitive Crucifix remains, which is the Cross, which has the image of Christ on both sides and four figures at the foot of it, two on each side.

At the time it belonged to the hospital of the Holy Spirit although it was not from the same period but was built in 1786 as the inscription on the lintel of the door says. It is a vertical prismatic body, made of stonework and without outstanding decoration. It has a blind semicircular arch in the middle of one of the planes, and with two small columns attached as jambs. In the upper part of the last third it has the clock, of simple design, finished off with a small cornice with pinnacles in the corners. The bell tower crowns the building, made of a wrought iron structure from which the bell hangs. 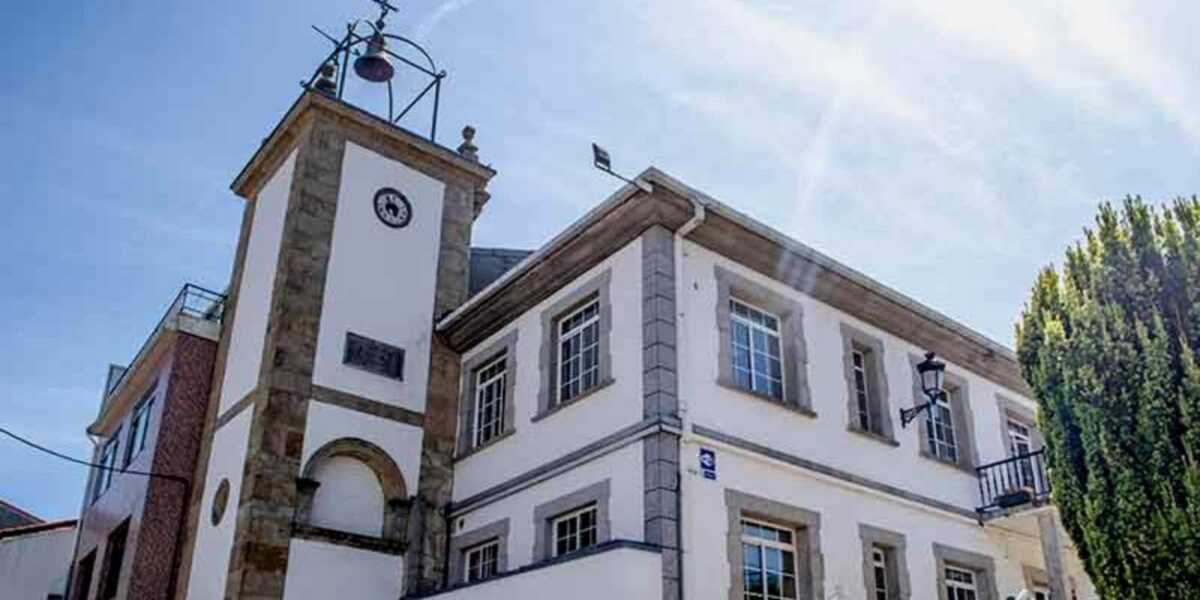 Founded in 1841 as a weaving factory by the Veiga Brothers, the architectural complex is surrounded by a thick wall. The entrance to the enclosure is presided over by a horizontal bay with a doorway in the centre that leads to the vestibule and from there to the walkway of magnolia trees that takes us into the garden. The most important building is made up of an L-shaped plan. The fountain and the hórreo (granary) are remarkable.

On the banks of the estuary we find a manor house from the 17th century. The old popular traditions say that the building is linked by an underwater passageway with the monastery of San Martiño de Xubia, located on the other side of the estuary.

Located in the place of O Roxal, the Fervenza de Rio Belelle is one of the most spectacular and beautiful waterfalls in Galicia. It is a waterfall of about 45 meters that gets its water from the river Belelle. At its base there are natural pools. Like almost all Galician rivers, it has flow all year round, but in winter and autumn it increases considerably, being the best time to admire it. 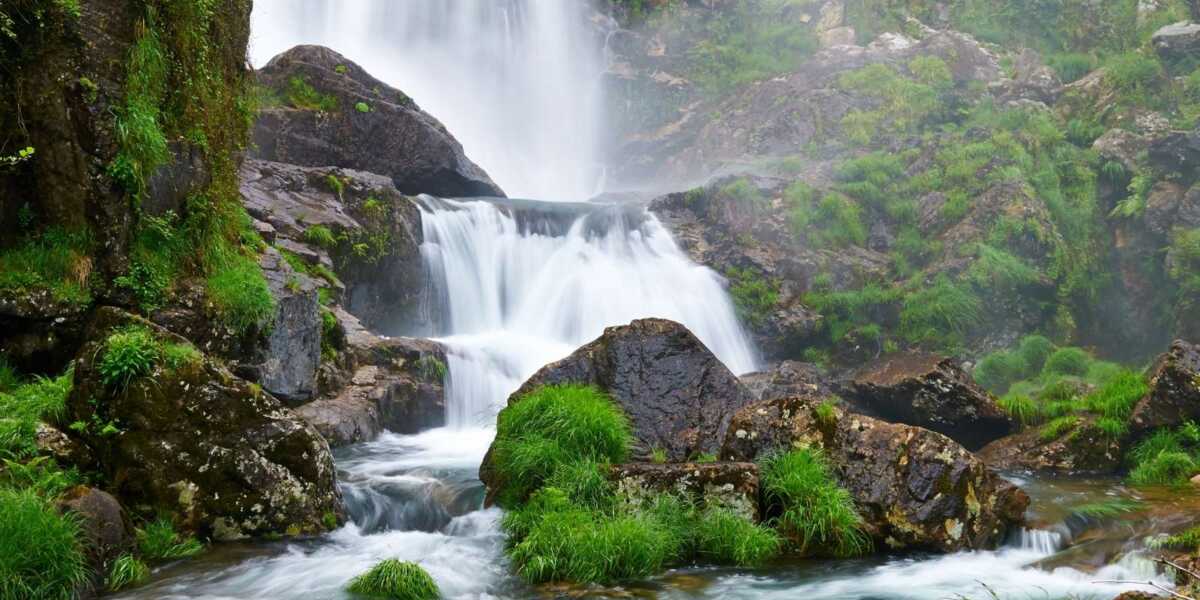 In the past, Neda had shipyards and important factories such as the one in Xubia, which started as a copperworks at the end of the 18th century and, successively throughout the 19th century, was transformed into an arms factory, a coin factory and a textile factory. You can contemplate the remains of this one next to the bridge of Xubia that communicates the municipalities of Neda and Narón. If you wish, you can also take the opportunity to walk along the promenade, next to the pilgrims’ hostel.

From this point, if you go up a little less than 4 kilometres along a small road, you will reach the castro and the viewpoint of Ancos, where you will find one of the most emblematic viewpoints in the region. 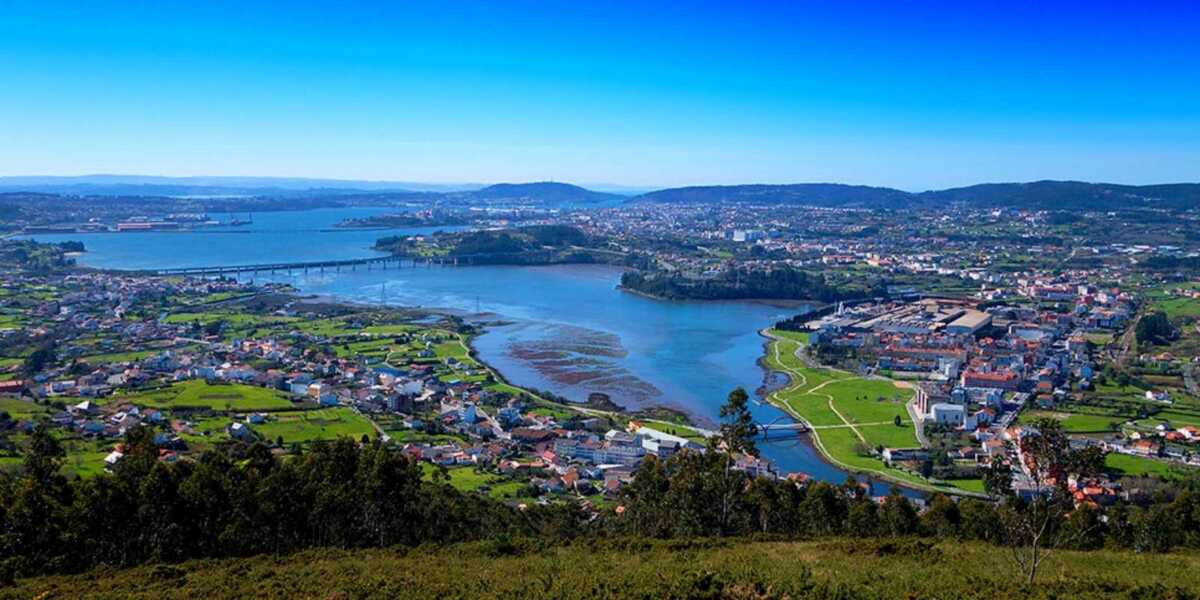