Ávila – What to see and do?

Within Castilla y León we find cities as beautiful as Burgos with its majestic Cathedral or Segovia with its impressive aqueduct. This time we will highlight the essential to see if we decide to visit Avila.

As with the Camino de Santiago, the rise of the city was in the sixteenth century. It became an important pilgrimage destination because of the alleged appearance of Saint Teresa of Jesus.

This city cannot be left behind in this autonomous community, and much less being the highest in Spain. Declared a World Heritage Site by Unesco, Avila is not only known for the altitude at which it is located. The city stands out notably for the medieval walls that delimit the historic center of the same. Once we have entered its walls it will seem as if we have gone back in time. We will find Renaissance palaces, Romanesque churches and even many medieval elements. Discover below what you can’t miss if you visit Ávila. 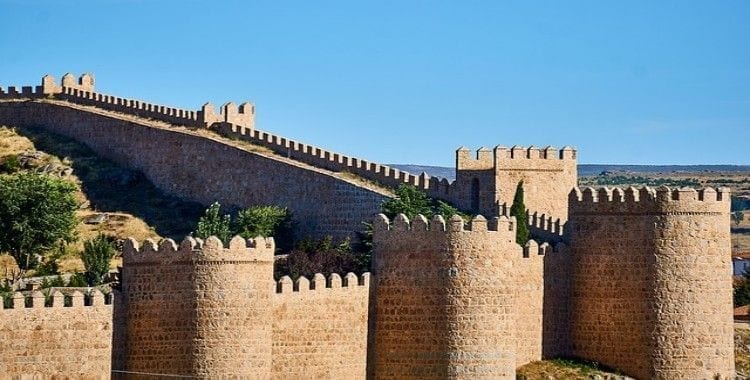 It is the hallmark of the city. It has a total perimeter of 2516 meters being practically rectangular in shape. Its structure is kept as complete as for the one of Segovia. If you have time it is advisable to visit it to be able to appreciate the details that it hides, in addition it is possible to go up and see it for an economic price. 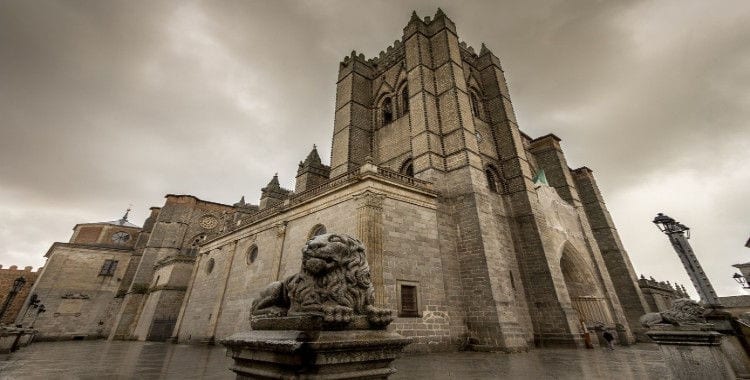 Considered the first Gothic cathedral in Spain, it was declared a National Monument and World Heritage Site. It is centrally located, attached to the wall. As a curious fact we will say that it still remains unfinished and is walled in brick to prevent deterioration. 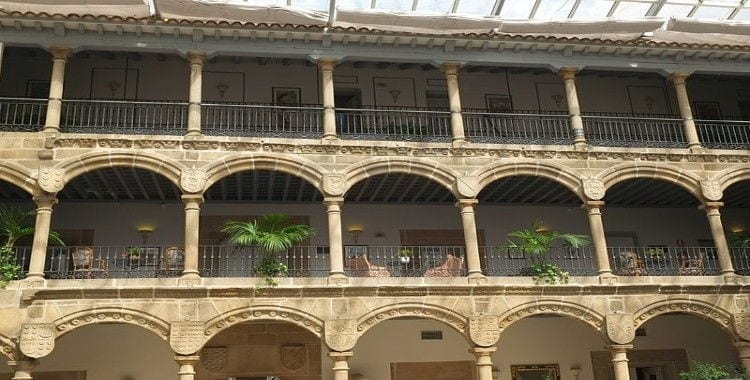 If we go through the walls of the wall, in the interior of Avila we will find a series of Renaissance palaces from the 15th and 16th century. Some of these palaces are: the Palace of the Mújica (Torreón de los Guzmanes), the Palace of Valderrábanos, the Palace of the Marquis of Velada, the Old Episcopal Palace and Episcopio, among others. 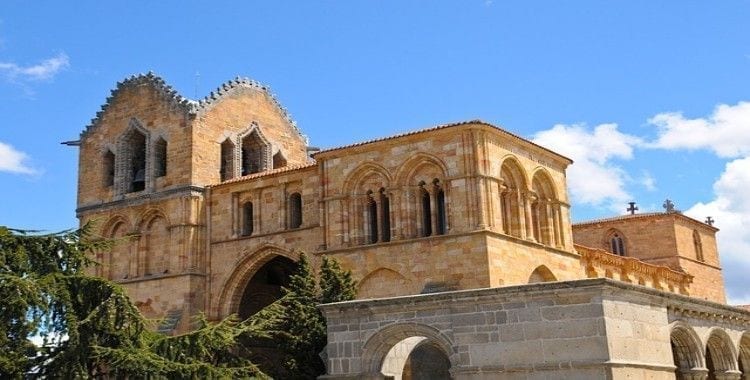 In the Plaza de Santa Teresa de Jesús, just outside the city walls, where the largest market in Avila is held. In this square we also find the Church of San Pedro, a beautiful Romanesque example of the twelfth century. 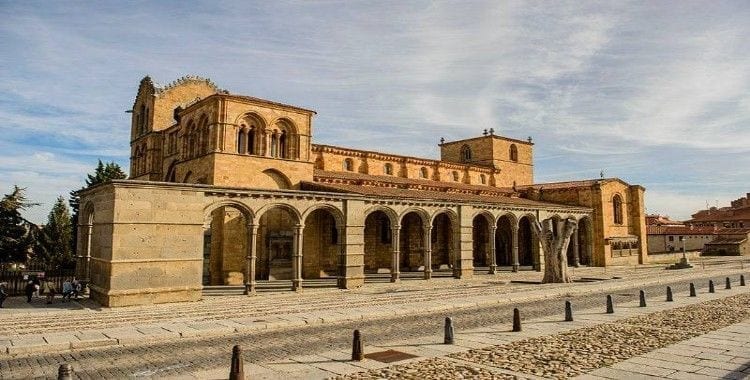 After the Cathedral of Avila, this basilica is the most important. We will find it outside the wall, in the place where it is believed that Saint Vincent was martyred. Romanesque in style, it was built mostly in the 12th century but completed in the 14th century. 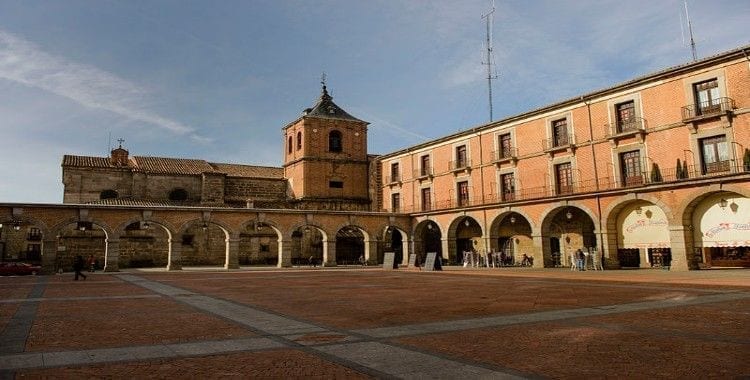 As in any self-respecting city, we will find the main square, in this case under the name of Plaza del Mercado Chico. We will be able to find the town hall or the Church of San Juan Bautista. It is named after the market that used to be held there. 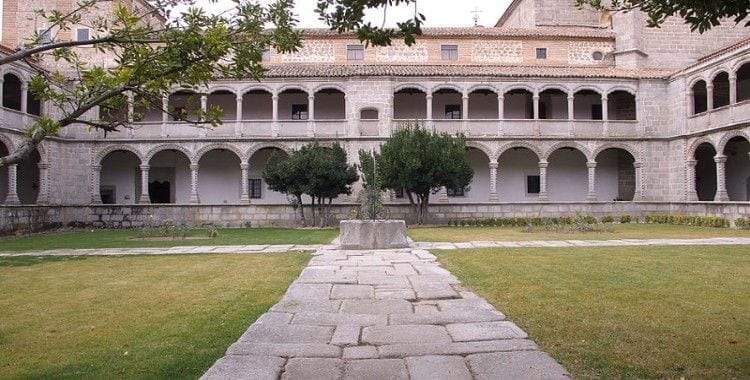 We leave the walled enclosure again to find ourselves in a peaceful location in this monastery. Built thanks to the Catholic Monarchs in 1483, it also served as their summer palace. 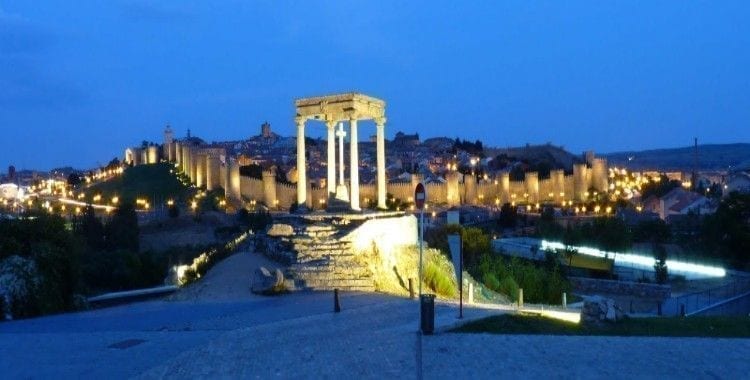 The best viewpoint in the city of Avila where we can observe the city in all its majesty. Especially noteworthy are the views that we will find if we decide to approach at night. Like the Alhambra in Granada, we can see the impressive lighting of the wall that makes it even more grandiose and impressive.

We know that visiting the city and its impressive monuments will work up an appetite. And not everything is to see, we must also taste as Avila also stands out for its rich gastronomic offer. 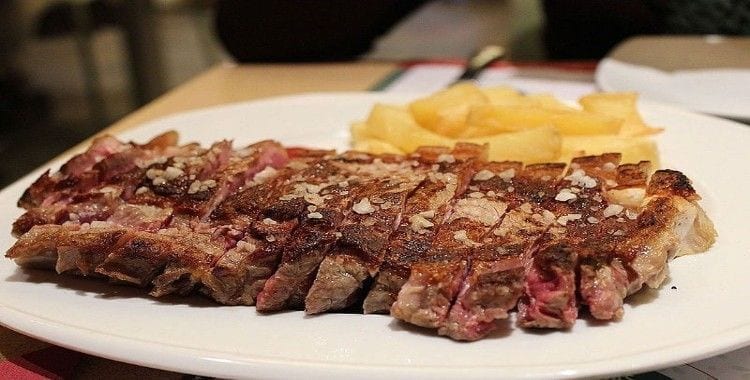 Within the gastronomy of Avila we can highlight typical and famous dishes such as the chuletón de Ávila (the most famous dish), the patatas revolconas (mashed potatoes with garlic, paprika and bacon), the sopa Castellana or the Judiones del Barco. We can also taste their meats such as sirloin steak or roast suckling pig, lamb, etc..
And if after eating what we want is a good dessert, this city also offers us something very typical and unique, the yolks of Santa Teresa. Other sweets that we can highlight are the puff pastries of San Juan de la Cruz or the Huesos de Ávila.

Avila has a privileged position on the Spanish map, nestled in the Sierra de Grelos. If you like nature and more the mountain we invite you to make one of the routes through this Sierra. 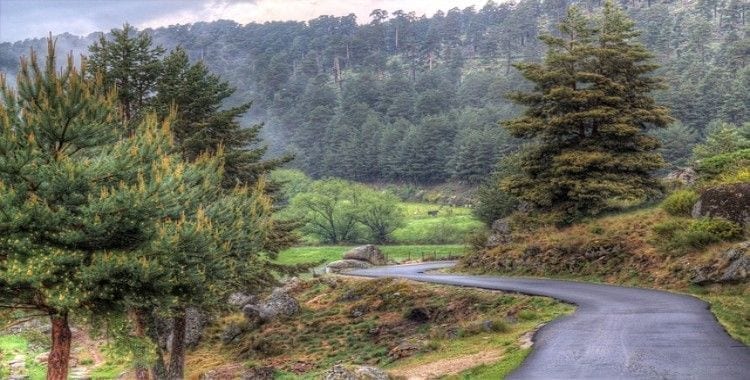 The Sierra de Gredos is full of routes, endless possibilities, routes of great beauty. We can practice them in winter, spring and summer, the contrasts of the landscape are spectacular. Among the routes that are known we will show you the best known.

Route of the five lagoons of Gredos

A route with the same beginning and end, Navalperal de Tormes, one of the most spectacular of this mountain range. It will take us to the Cinco Lagunas cirque through the Garganta del Pinar. It is quite a tough route but well worth the effort.

The gorge of the Hells

It is the ideal route if we want to do it with children since it is not more than three kilometers if we go directly. It is located in the valley of Jerte and we can go around to make it a little longer through the forest, completing a spectacular family experience. 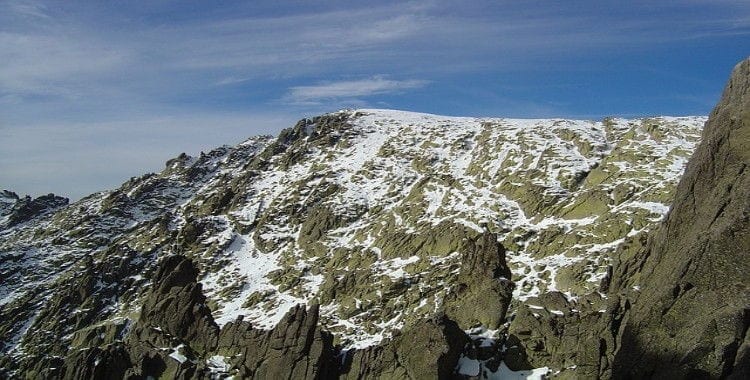 The four lagoons of Barco

This route is very similar to the one of the five lagoons, being covered in a few days, passing through 4 of the lagoons. The start of this route is in Nava del Barco, choosing to continue to the Galín lagoon or through the Nava gorge. Three of the lagoons are very large and circular.

This is one of the routes that starts in Navaluenga, as there are many with this starting point. It is overcrowded especially in the summer months. The route of Lanchamala is one of the hardest due to the unevenness of its 20 kilometers, it is not a challenge for everyone.

For a weekend it is perhaps the most recommended route for its duration and difficulty. With a total of 11 kilometers starting at the platform of Gredos we will arrive at Morezón that will give us the best images of the cirque of Gredos. It is perhaps one of the most recommended and spectacular thanks to that spectacular gift for our eyes that gives us.
Do you want to make a weekend getaway and don’t know where? Avila offers you what you are looking for, tranquility, culture, nature and gastronomy.