A Little History of the English Way

History tells us that the English Way was the route chosen by devout pilgrims from the north and west of Europe, that is, not only English pilgrims as originally thought, but a compendium of Scottish, Irish, Scandinavian or Flemish pilgrims who travelled the English Way of Saint James from the time they arrived at ports on the Galician coast such as A Coruña, Ferrol, Ribadeo, Muros and Noia until they reached Santiago.

It was not an easy journey as on many occasions the crossing became a maritime odyssey due to storms, and misfortunes that could occur, however, this route enjoyed much success between the twelfth and fifteenth centuries as the pilgrim saves a lot of time in going and returning home.

You may also be interested in: Origin of the Way of Santiago

Current signposting of the English Way of Saint James

As it is a little overcrowded route, as shown by the statistics of the Pilgrim’s Way to Santiago de Compostela, we could think that the signposting that runs along the roads or through the localities is deficient and it would be difficult for us to find them, but nothing further from reality.

For years and thanks to the work of the Consorcio do Camiño Inglés the signposting of the English Way is wide and marks the layout that has been recovered using ancient texts and official documents of those centuries that referred to the stay and passage of pilgrims. In some regions and cities the urban development that have suffered over time has erased the marks and traces of the original route as is the case of A Coruña, one of the starting cities of the route today.

Routes and Stages of the English Way

In the English Way there are two beginnings, one by the already mentioned A Coruña and the other is from Ferrol which is the longest variant of this English Way.

We should mention that the shortest variant of the English Way is the one that starts in A Coruña and only has 78 kilometers. For this reason the pilgrims who make this variant will not receive the Compostela as they will not have traveled the 100 km minimum marked by the Church.

If you opt for the path from Ferrol you will be able to get the Compostela because the distance to Santiago is 120 km, that is, it is the only valid starting point of the English Way that can be done on foot or on horseback as it exceeds 100 km.

In both cases, the credential would have no effect if the English Way is completed by bicycle, as the minimum distance for this average is 200 kilometers.

Route from A Coruña:

The first stage of the English Way departs from A Coruña in the direction of Bruma, and has a distance of 32 kilometres. This stage is called the lighthouse path as it begins below the tower of Hercules.

At first 32 kilometres may seem like a lot, but we must remember that it is the first stage so pilgrims are usually cooler to make this effort. It has a moderate difficulty and passes through the municipalities of Culleredo, Cambre (you will pass through the parish of Anceis and you will be able to see its historical-artistic areas), Carral, Abegondo and Mesía.

This route started in A Coruña meets the English Way that starts from the other variant, the path of Ferrol, in the last meters to the hostel of Bruma, concello de Mesía and the end of the stage.

Like the other variant, this route of the English Way begins in the Atlantic sea, this time in the port of curuxeiras of Ferrol. Pilgrims cross this naval city passing by the cathedral of San Julián where they will be able to buy the credential.

In several guides offer to do this first stage from Ferrol to Pontedeume being a distance of 27 kilometers. The places it passes through are: Ferrol, Neda, Fene, Pontedeume.

In other guides of the English Way they leave the end of this first stage in Neda, reason why instead of 27 kilometers the first stage would be only 15 kilometers. 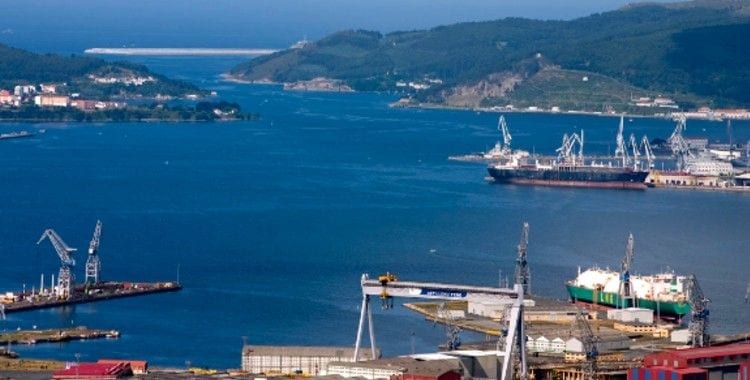 We must emphasize that if the pilgrim has finished the previous stage in Neda, his second stage will begin in that locality and end in pontedeume, starting in this locality the third stage of this path to Betanzos.

Whichever the pilgrim chooses, reaching Betanzos will be one of the hardest parts of the English Trail as you have to walk steep and steep descents, although you also pass through one of the flattest areas of the stage, the sandbanks of Minho.

In this third stage of the English Way, the pilgrim has few places for refreshments so we recommend that you stock up on food before leaving.

The English Way is one of the most complicated routes since all the stages run through steep steep slopes and descents and are characterized especially by their length.

This stage runs through the municipalities of Betanzos, Abegondo and Mesía and is surrounded by the Mendo and Mandeo rivers. Especially hard is the last steep slope of the stage where the maximum altitude of the stage and of the English Way is reached.

As already mentioned, Bruma is the place where the two paths of the English Way come together, the one that starts from A Coruña and the one from Ferrol.

This stage of the English Way can be the penultimate or the second depending on whether the Way has been initiated at one point or another. Whatever the beginning, it is the most bearable stage since it does not run between so many plateaus, steep slopes and descents.

Once the Way to Santiago has begun, the first town we pass through is Cabeza de Lobo, where the pilgrim can see a plesiosaure, a work of art by a local artist.

Locations of this stage:

This stage ends after 26 kilometers in the town of Sigüeiro, which is the capital of the municipality of Orouso.

This last stage of the English Way that enters from the north towards Santiago passes through a tree-lined stretch and asphalt until the last 4 kilometres when it enters the City of Santiago.

It is a short stage of 16 kilometres where the bridge of medieval origin (13th century) over the river Tambre is crossed. The beginning of the stage is hard, with a pronounced ascent, and the signs of the Way are not abundant although without danger of loss.

The final stretch runs through the industrial area, so be careful and cautious with crossings. Going past the industrial estate the pilgrim passes the cemetery of Santiago and near there arrives at the urban area of Santiago.

Once arrived at the urban zone, the way does not finish, but there is still a stretch so that the pilgrim is with the Obradoiro square, to see the imposing cathedral of Santiago, the A quintana square and its shadow of the pilgrim, and to be able to seal the last stamp of the credential to obtain the compostelana.

We hope you liked this article and we encourage you to tell us your way along the route of the English way.