The Portico of Glory

The Obradoiro square, kilometre 0 of the Camino del Santiago, hides behind its imposing Baroque façade this Romanesque jewel: the Portico of Glory. A masterpiece of European Romanesque architecture, the cathedral’s original west doorway has witnessed the entrance of pilgrims for more than eight centuries. Although it was later protected by the current façade, this did not prevent its gradual deterioration: damp, dirt and inappropriate interventions tarnished the façade. Let’s take a look at what it is, what its restoration consisted of and what the future looks like.

Getting to know the Portico of Glory 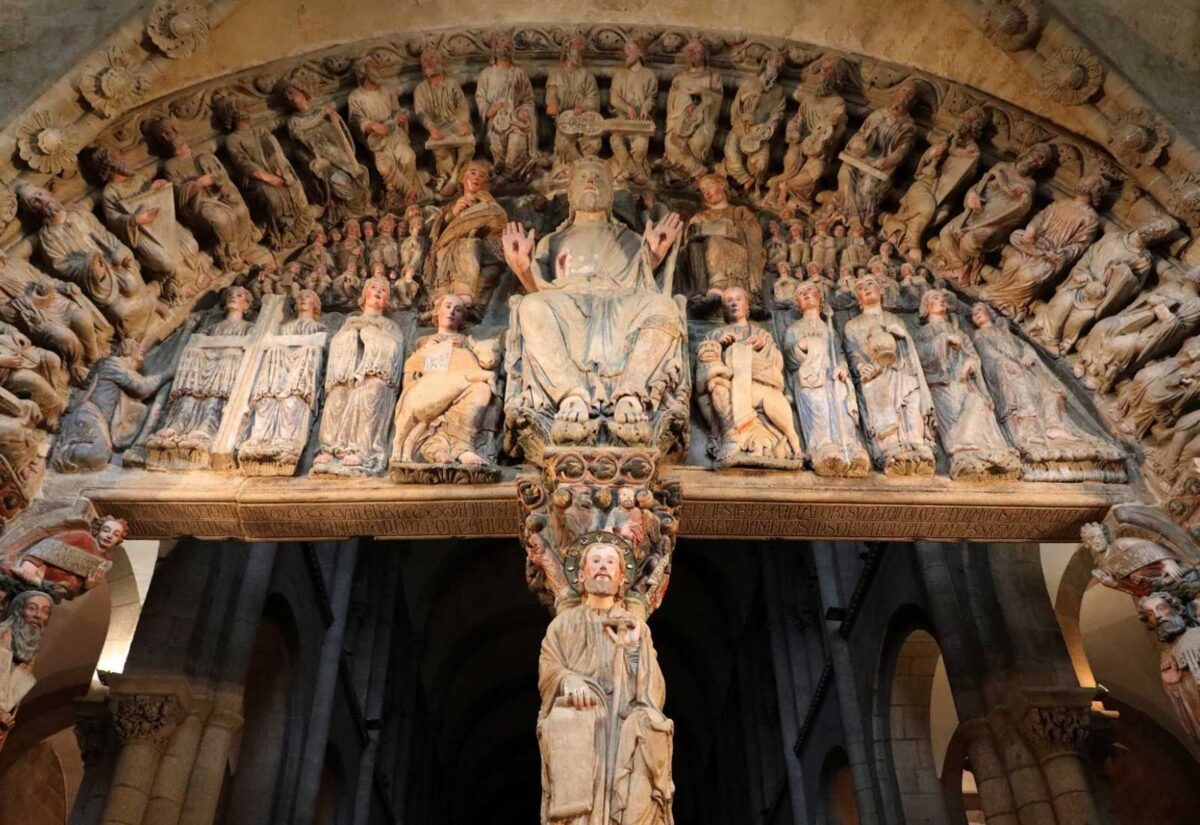 The Portico, a structure composed of three arches, was the original west entrance. So it was from its completion in 1188 until the construction of the current facade of the Obradoiro in the eighteenth century, the best known image of the cathedral (and the pennies) and symbol of the completion of the Camino de Santiago.

The Master Mateo’s work (popularly known for its representation on the back of the Portico as the “saint of the croques”) represents, for didactic and doctrinal purposes, Salvation. In the lower part, monsters and wild beasts remind us of the fate of those who live on the margins of faith, while the lateral arches represent the Old and New Testament (left) and the Last Judgement (right).

The great central arch, presided over by Santiago the Apostle, shows the Tree of Jesse (the genealogy of Christ), the Evangelists, the righteous and the angels, on which the elders of the Apocalypse are skilfully represented. All converse as they prepare their instruments to announce the Glory.
The protection of this complex and magnificent work did not prevent time, humidity and successive interventions from deteriorating it, causing it to be closed for restoration. This is how it happened for almost ten years, during which time the comprehensive cleaning works of the cathedral of Santiago prevented pilgrims from enjoying the Pórtico de la Gloria.