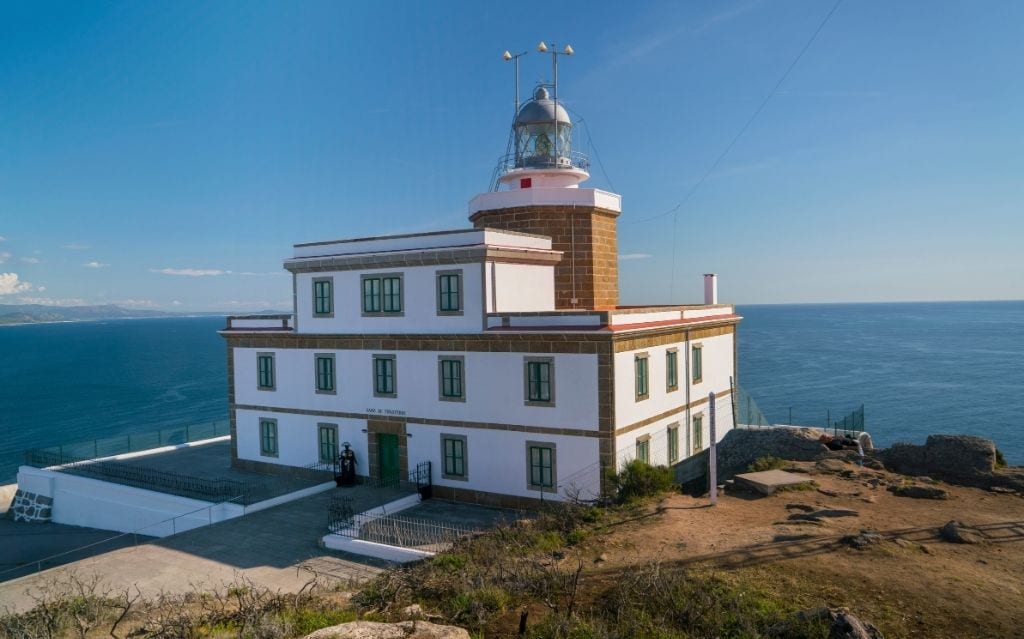 The Way to Finisterre and Muxía has been considered for centuries the most spiritual route of all the Ways of Saint James. Not only because of the halo of enigmas, mysteries and legends that surround this part of A Costa da Morte, but also because of the transcendental meaning it has for the pilgrims who make the Way of Saint James.

History of the Camino Finisterre: What lies behind the End of the World.

The end of the world for the Romans

The history of the Camino to Finisterre begins many centuries ago, when half the world lived convinced that the earth was flat. It was believed that it was a kind of solid plate floating on a mysterious and enigmatic ocean, full of shady, terrifying waters and full of monsters, was the so-called Mare Tenebrosum. According to this theory, the world ended in a very concrete place beyond which there was nothing. This place where the world ended was baptized by the Romans as Finis Terrae, translated into Spanish as End of the Earth, hence its current toponym, Finisterre.

The Celts and the Ara Solis

But the Camino Finisterre was already considered a place of pilgrimage for the Celts. These settlers erected an important place of worship dedicated to the star king, the Ara Solis. This was the place where the sun was seen for the last time every day, where the great mystery began, the world of the dead or the island of eternal youth. We could say that the Road to Finisterre began its history at this time, as it was visited by people who came from far away in the hope of finding immortality for the future life. 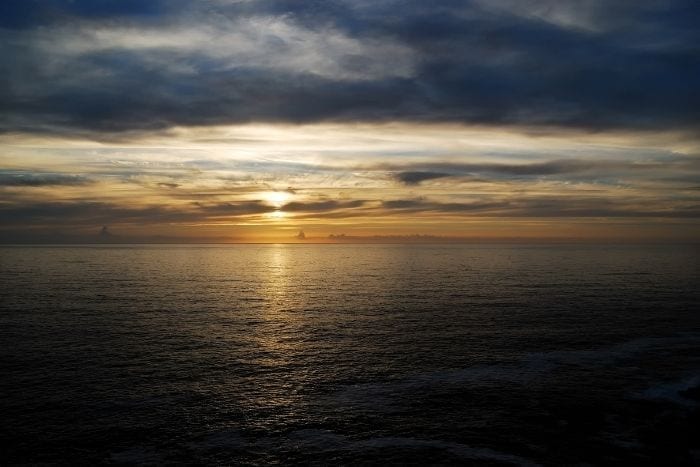 Therefore, this route was born as a pagan road that had nothing to do with Christianity. However, with the discovery of the remains of the apostle St. James and the Christianization of the peninsula, it soon joined the network of roads frequented by pilgrims on their way to Compostela. The church made an important effort to incorporate a path considered “pagan”, to the most important Christian pilgrimage network in Europe.

Stages of the Camino Finisterre

As you know, the Camino Finisterre is the only one of the Ways that has as its starting point Santiago de Compostela. The usual is that pilgrims who finish any of the Jacobean routes in Santiago, decide to extend their journey beyond the Cathedral.

There are several routes to get to Finisterre, the most popular is 99 km from Santiago to Finisterre and can be done in just five days. If you have more time, we recommend extending the route a little longer and doing the Finisterre and Muxía Route, visiting the famous sanctuary of Nosa Señora da Barca.

Stages of the Camino Finisterre

Stages of the Camino Finisterre and Muxia

As for its difficulty, it is a fairly quiet route without major unevenness. You will find very interesting villages, such as Ponte Maceira, catalogued as one of the Most Beautiful Villages in Spain. You will pass through picturesque rural villages, “pazos”, “cruceiros” and countless “hórreos”. The rain will become your travel companion and you will end up falling in love with the misty mornings walking through the lush Atlantic forests.

Stories and legends of the Camino Finisterre

We know that every pilgrim who sets foot on Galician soil is fascinated by the many myths, legends and mysteries that this land of meigas hides. You are in A Costa da Morte, a place whose sea, emboldened by strong storms and a rocky bottom, has caused more than 640 shipwrecks since the Eda Media, without counting all those that have not been documented. In its depths lie all kinds of vessels, from Roman ships, brigantines, galleons, sailing ships, fishing boats, submarines, frigates and powerful merchant ships and petoleros.

Another part of the history for which this Galician coast is known are the numerous shipwrecks that happened there. According to historian Rafael Lema, the storms that ravage the coast and the rocky bottom have caused more than 900 shipwrecks since the Middle Ages, not counting all those that have not been documented. In its depths lie all kinds of vessels, from Roman ships, brigantines, galleons, sailing ships, fishing boats, submarines, frigates… to powerful merchant ships and oil tankers.

Chronicles of shipwrecks in A Costa da Morte

The terrifying toponym Costa da Morte was born in the English press at the end of the 19th century. At that time, the newspapers reported that the inhabitants of that part of Galicia used torches to attract ships that were lost in the fog to assault and plunder them. The stories also told that after the shipwrecks, many sailors appeared with their fingers and hands amputated. Invention? When I was a kid and a ship ran aground, we would go and plunder the whole thing. My grandmother used to tell me that they even cut off the fingers of dead English sailors to steal their rings. Nothing of invention”. Ramón Vilela, known as Moncho do Peso, a retired barnacle owner and resident of Muxía, tells us.

The Boat of the Cat Captain

It is also said that, in 1945, a coastal vessel cast off one day of storm and after several hours in the Bergantiños estuary, ended up stranded in a sandbank, with the surprise that inside there was only one cat, the cat ship captain.

On another occasion, an English ship ran aground on the coast. Legend has it that a neighbor who came to his aid asked them if they needed help. The captain understood that he was asking for the name of the ship, “El Chamois”, the man understanding that it was a ship that was bringing a cargo of oxen (bois in Galician). In a few minutes dozens of neighbors arrived at the place with knives and machetes ready to give a good account of the supposed oxen before the perplexed and terrified look of the English crew.

The shipwreck of the Nil

Perhaps the most vivid and present shipwreck in the region due to the social implications it had was the Nil, a merchant ship that ran aground in the area in 1927 full of goods: sewing machines, fabrics, flour, carpets and even car parts. The shipping company that owned the bique had to hire private security. But despite the armed protection, the neighbors managed to plunder everything they could. As an anecdote, it is said that one of the shipments that arrived on land were large boxes of condensed milk. The inhabitants of the region had never seen this product and thought it was paint, so they used it to paint their houses. It didn’t take them long to realize the mistake when they saw the swarms of flies that took over the village.

Legend of the Giant Clam

Legend has it that a giant, monstrous clam capsized numerous ships that sailed along this coast. When the mollusk opened its shell, the area was enveloped in a thick fog that blinded the sailors, producing mirages and leaving them totally disoriented. When the giant clam spawned, it did so on the coast, forming capricious shapes on the stone that can still be seen today.

The clam fed on algae at night, hence its greenish color. Its small eyes detected the shadows of the boats. It was a true predator, since once the ship was wrecked, it devoured its occupants.

It is said that on foggy days, you can still hear its huge shells ringing, causing the sea to burst out and rage along the coast.

We hope you have enjoyed this journey through the history and mysteries of A Costa da Morte.

Here we leave you other articles and links of interest: